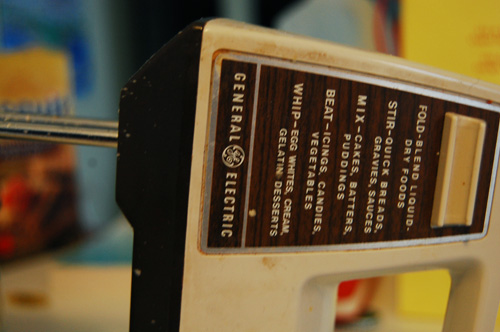 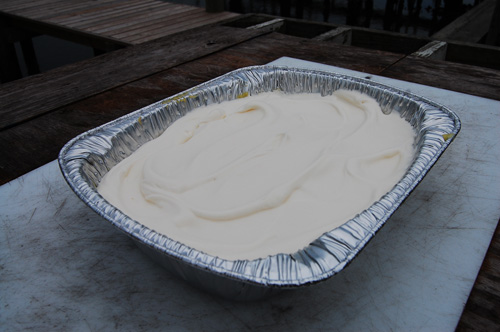 This weekend Dan and I went to North Carolina for a family reunion.  It was three days of whole smoked pigs, enjoying the marsh breeze, lots of wine, and my southern accent coming out with a vengeance.  I can’t help it, when I’m surrounded by that many southerners I just twang.  It was a great time, and it was reassuring to see that I come by my crazy naturally. 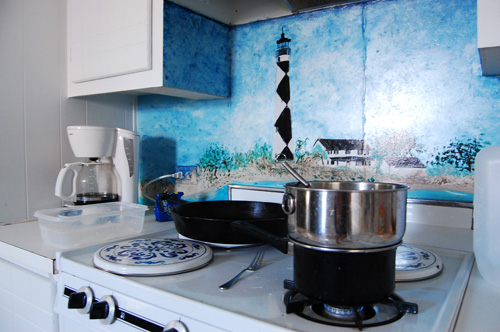 The reunion took place in Morehead City, and about 40 Rosemond descendants flocked to the area to celebrate our heritage.  My dad rents a double wide (Casa Tortuga) in MHC that he uses as a business hub and as a place for some of his dive clients to crash.  As a rule, divers are cheap, and it’s good for business for him to have accommodations.  Because so many people were here and staying in the Swamp House, we ended up staying in what my step mom has dubbed the “modular home.”  As far as double wides go it’s adequate, but it’s kind of a man-cave. 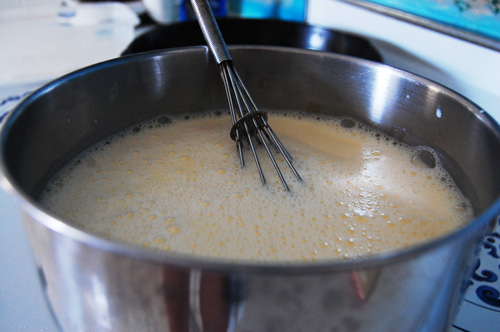 My dad’s thought is that if he stocks the kitchen with, you know, dishes, people will be encouraged to cook and therefore will make a mess.  So, in order to make the pudding I had to beg, borrow, and steal what I needed.  What ensued was typical- it all failed miserably.  I have a theory that my recipes work best when I cook them at home for nobody but myself and Dan.  I’m not sure if it’s a combination of stagefright and bad luck or if I just don’t cook well under pressure, but it seems my biggest failures always have audiences.  And I was already nervous about bringing a banana pudding to a group of picky southerners, failure was not really an option. 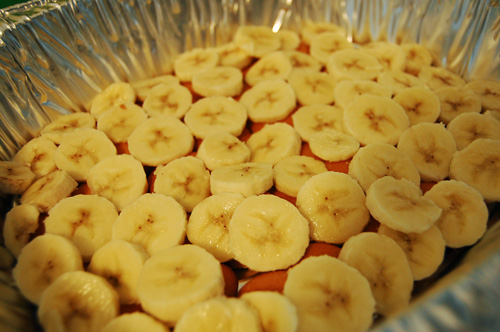 Not like that made a difference.  I made the vanilla pudding on Friday, hoping that it would have more than enough time to set before the official reunion festivities on Saturday.  I did not, however, account for the fact that the refrigerator would remain barely cooler than room temperature.  Not that it’s a great refrigerator to start, but the fact that it was overloaded (with beer, mostly) and that it was being opened every 10 minutes (and being held open by whichever (male) family member was grazing for 10 more minutes) meant that my pudding didn’t set.  Not ever.  I thought, after a few hours, that putting it in the freezer might help.  It just crystallized around the edges.  I thought that it just needed time.  It didn’t.  I’m not sure if I missed the window on setting pudding, or if the stars aligned just right to humiliate me, but when I woke up Saturday morning it was liquid.

Naturally, my pudding anxiety woke me up at 6am.  After checking that my pudding was, in fact, still liquid, I tried to pass time until Dan woke up.  An hour of checking facebook and reading the news later, I decided that 7 was plenty late to wake him up if I suggested a consolation trip to Bojangles for breakfast.  Grumpy though he may have been, nobody can say no to Bojangles, so by 8.30 I had made a box of replacement vanilla pudding.  I know, box pudding is a huge cop-out, but I couldn’t show up to the reunion sans banana pudding and I was out of time to try it again, so I folded under pressure.  I’m not proud of it, but at least the final product was a big success.  Everyone loved it, which may have been partially due to the fact that my Uncle Everett wouldn’t allow a wine glass to sit empty for long. 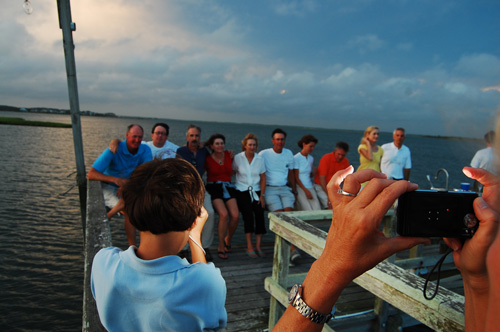 second generation cousins (they all share grandparents on the rosemond side)

Begin by making your pudding.  It will need to set for at least 3 hours, so allow time for that.

When your pudding is set, pull out your serving dish.  Banana pudding in the summertime does not bake, so it can be a decorative bowl.  Begin your layers with a layer of wafers.

Slice your bananas into thin slices and layer on top of wafers.  Cover with a thin layer of pudding.  There are two secrets to a successful banana pudding.  One is that it needs to sit for at least 4 hours so that the wafers can absorb the flavor and moisture, and the second is that the edges need to be sealed to lock in the moisture.  No wafer should be left dry!  So, as your spreading on your pudding, make sure that the pudding touches the edge of the dish.

Add another layer of wafers, followed by bananas and the remaining pudding.

In a medium sized bowl, whip cream until it begins to thicken.  Add sugar and vanilla.  Continue to whip until it holds soft peaks.  For banana pudding I like my whipped cream to be a little soft because it blends with the pudding so well.  By no means should it still be liquid, it just doesn’t need to be too firm.

Finish the layers with a thick layer of whipped cream.  Cover and refrigerate for at least 4 hours. 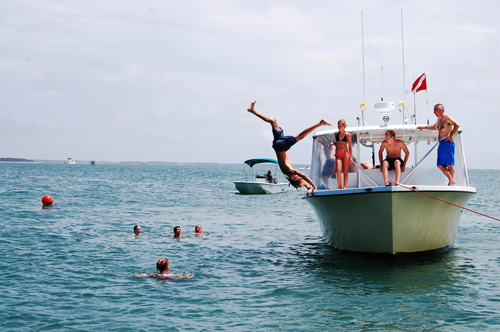 my brother reid doing cartwheels off the tortuga