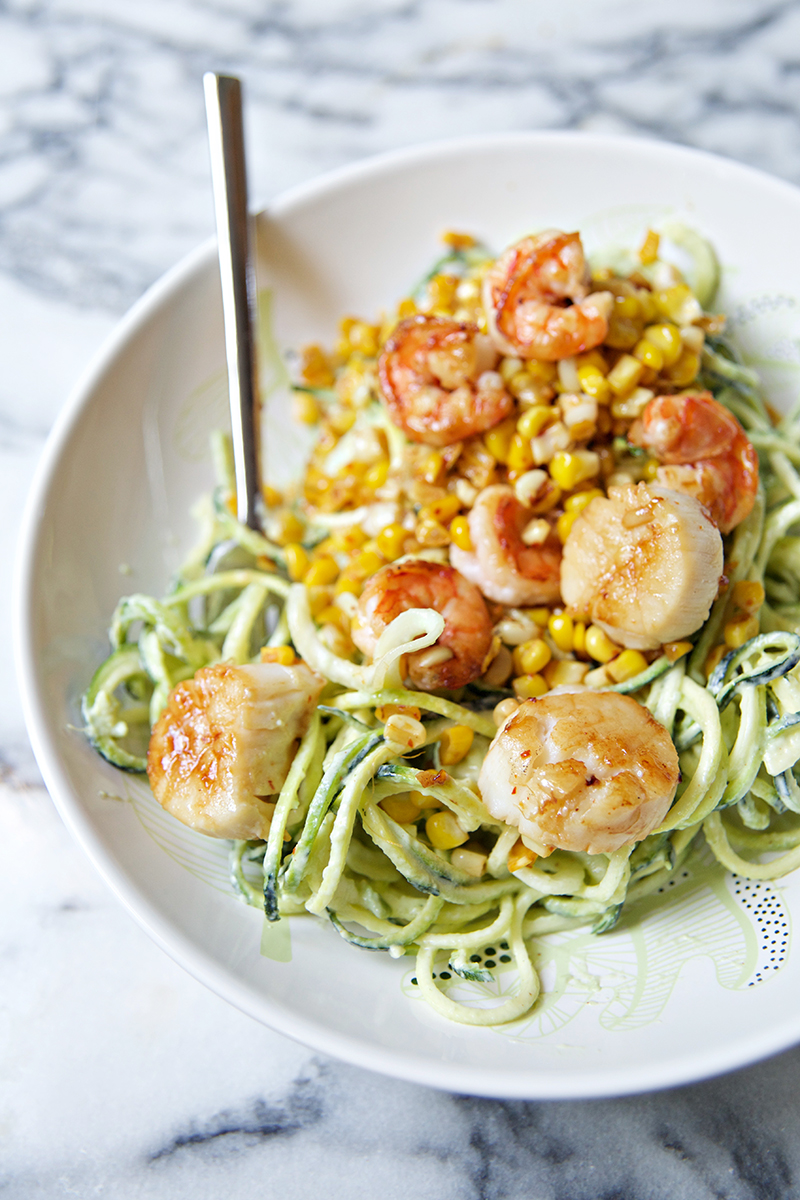 So, here we are! We’re six days into my fourth year teaching Montessori preschool here in Wilmington. I have a cold and there’s a tropical storm making my bike rides to and from school a little soggier. I’m also two weeks into my relationship with my new spiralizer, and I feel pretty great about it. In fact, between the spiralizer and the dehydrator I’m feeling genuine enthusiasm to be in the kitchen trying new things for the first time in a while. It’s good to have that back. I missed it. 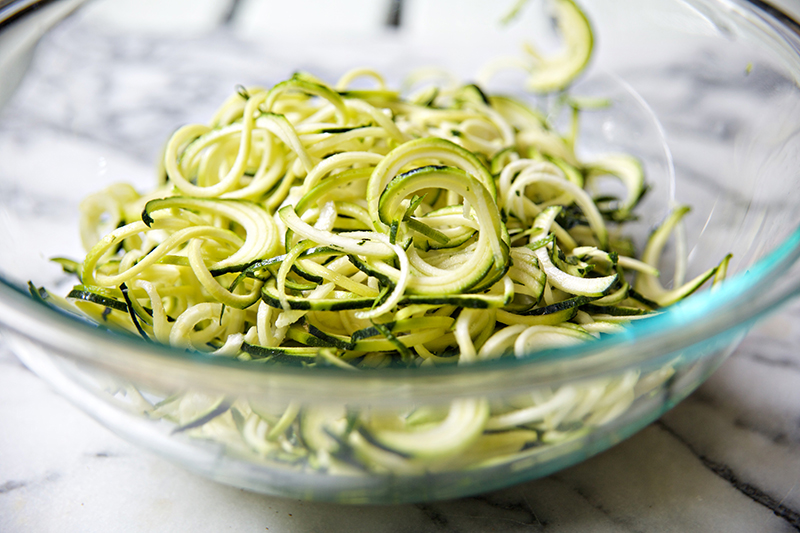 A few years ago, shortly after I finished working on The American Cookbook, my Grammy told me that she was proud of me, a statement that was immediately followed by the clarification that she wasn’t blowing smoke up my ass. Sometimes, when I’m deep in the pits of it feeling like I’m on a blogging hamster wheel that has no foreseeable future, I think of that. Even when it feels like I’ve done nothing but post photos and write bad puns for nobody in particular, it’s good to remember that I’ve accomplished enough to make Mar proud. And she’s not giving out participation trophies over there, Marlene Waldron has high standards. 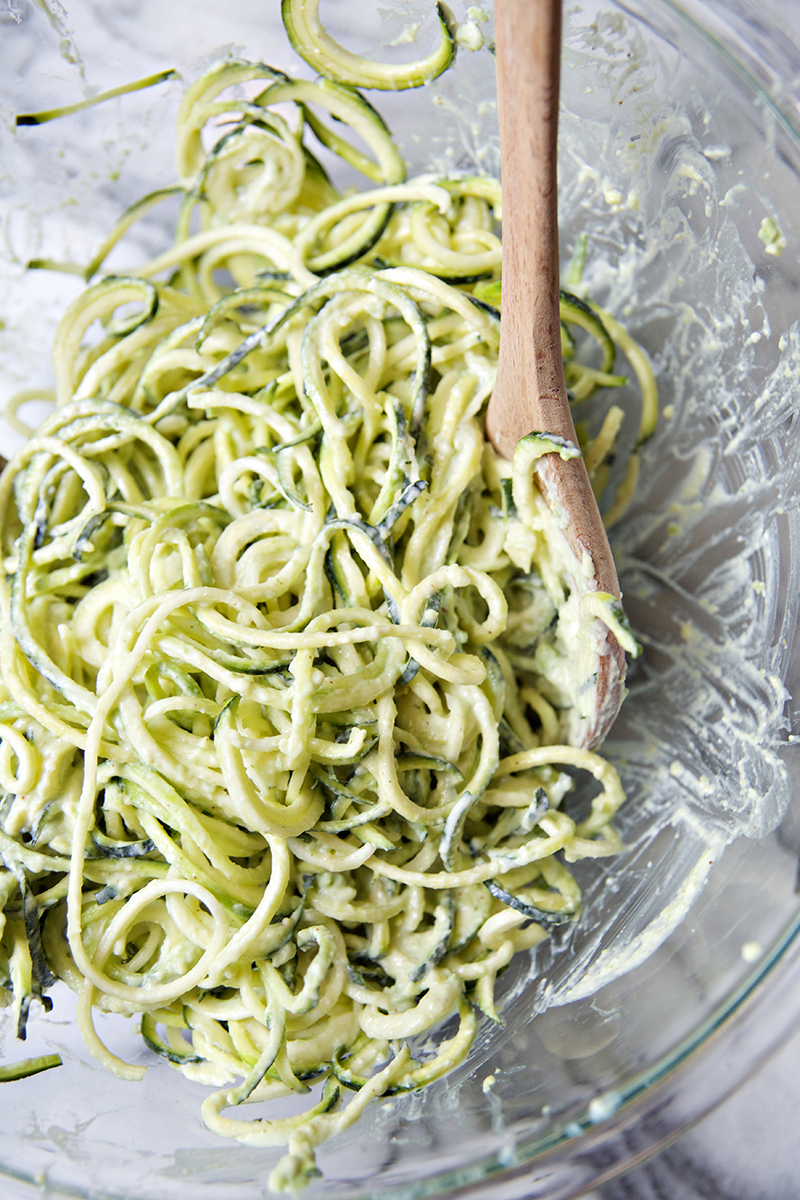 Which is to say, I’ve been in a funk (I think maybe the whole of the blogging world has been in a funk, frankly), but I’m coming out of it. I feel enthusiastic, I feel hungry, and I feel excited. It’s probably all the zucchini noodles I’ve been eating, but don’t quote me on that. Just know that I’m crawling out of the funk, and I’m glad to be back. 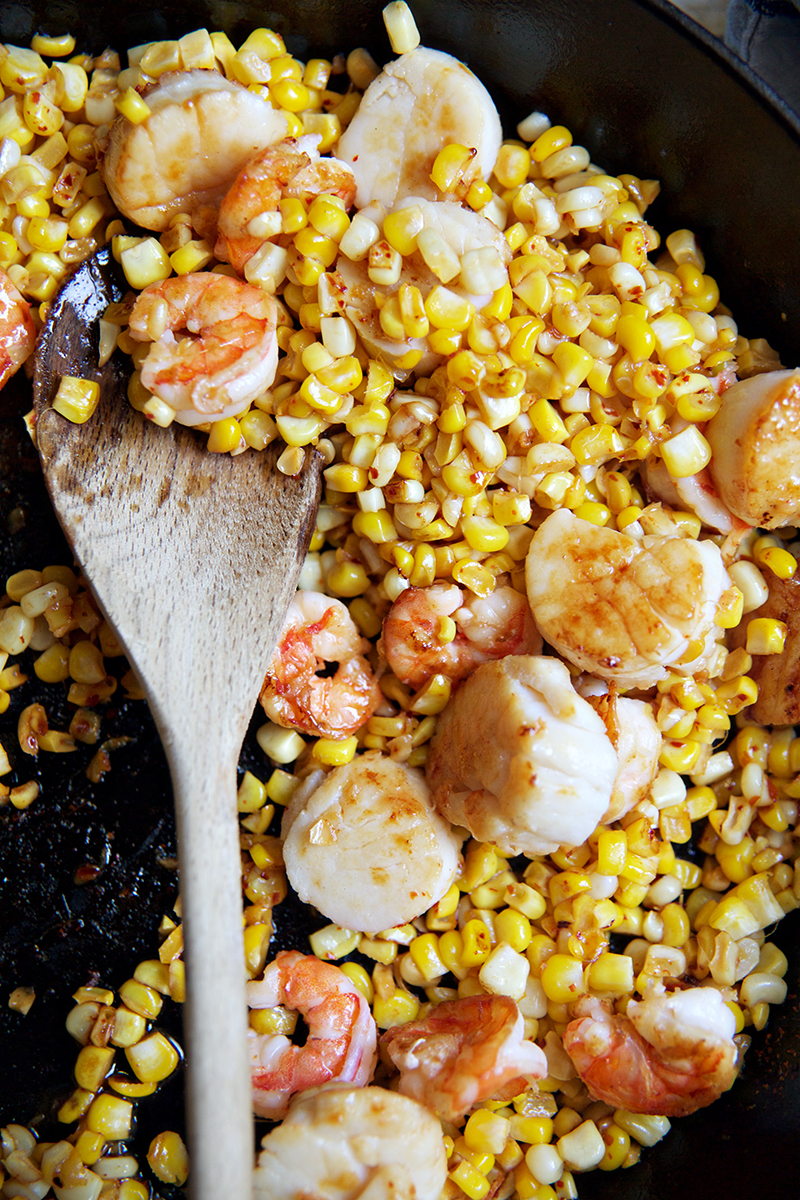 Also, as an aside, I’m fairly certain that this is the longest recipe title in my seven (seven!) years of writing here. I couldn’t figure out a shorter one? All the ingredients seemed important to list. I’ll noodle on alternatives (pun only mostly intended). 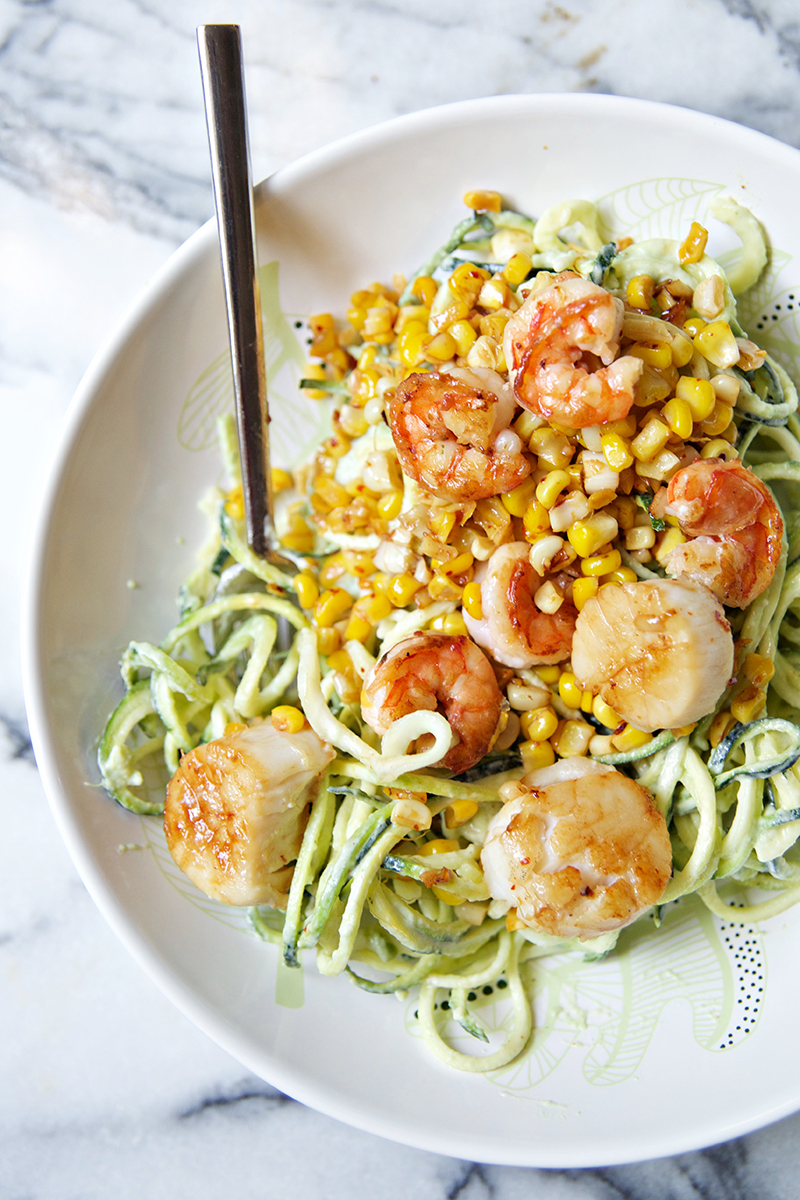 While your seafood and corn are cooking slice your zucchini into long noodle strips. Whisk together mashed avocado, lime juice, and yogurt. Toss zucchini in avocado sauce and portion into bowls. Top with seafood and corn, and serve hot.