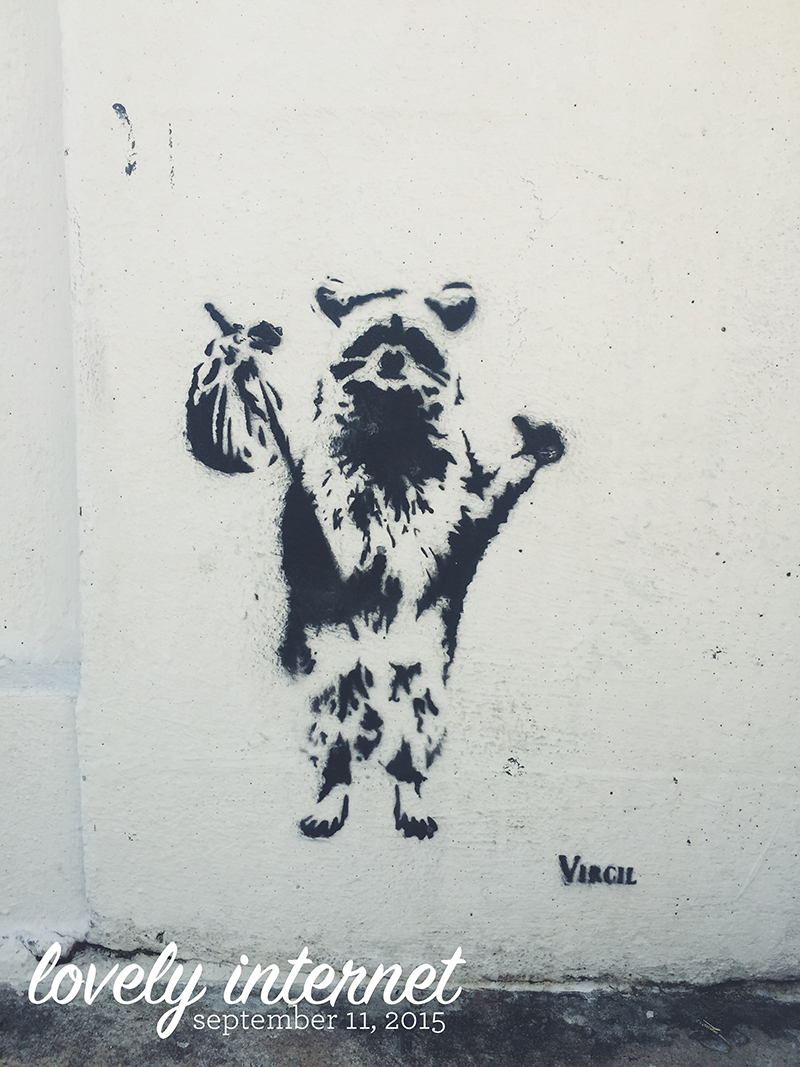 1. Kaylee, River, and I are being photographed for Southerners and Their Dogs today. Here’s hoping they cooperate (hah! Fat chance).

2. Africa is not a country, and other facts you maybe didn’t learn in American public schools.

3. My friend Aaron is over on The Dinner Special podcast! He’s the coolest.

4. Fantasizing about giving it all up an living in the Victorian era? (Me either). Here are some other fun activities that you can pursue in your new 19th century life!

5. Blogging is not dead, but also, who cares? Let’s find a better question to ask.

6. I keep misreading this as “homo nailed it” which tells me that this is probably the most on point species of humans yet discovered. Or that I’ve consumed too much pop culture. Either way, congrats Homo Naledi on joining the human race, officially!

7. I’m on day 4 of a 10 day trial with the Headspace app. I’ve been getting up a little early and sitting in my big armchair every morning with the guided meditations, and I have to admit, it’s been fantastic. I’ve struggled with meditating in the past because I don’t like guided imagery, but this is more like the reminders to breathe and focus during savasana. I realized this morning that I was actually excited to get up and do it, which is amazing because I’m not excited to wake up at 6.30 in the morning FOR ANYTHING.

8. I’m also totally into putting a tablespoon of grassfed butter in my coffee every morning. It’s fantastic, and I hear that if you blend it up first it is even better.