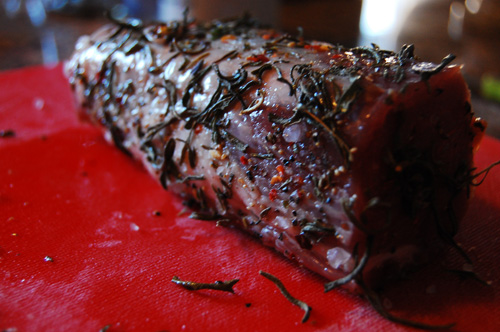 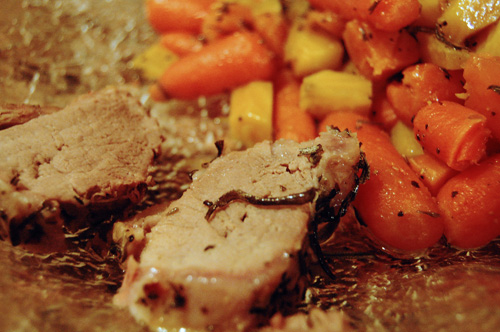 Since lately I’ve been posting a blitz of fall dessert recipes, and since this blog is already heavy in the baked goods, I thought I’d shake things up a little bit.  So, tonight I present two recipes from the most recent Southern Living, the first of which is a pork tenderloin roast with a carolina apple compote. 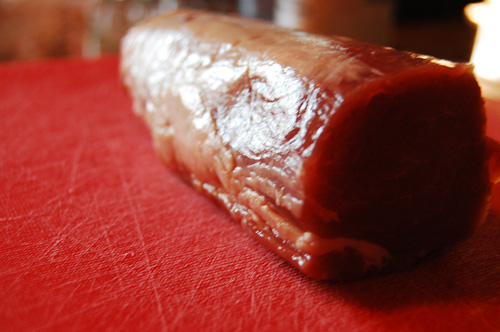 I should note that I have not ever actually made a pork tenderloin by myself before.  Also, I have never felt more like a fifties housewife than when my bff Megan called me at the grocery store today and I told her I was picking up kitchen thread and wine for my pork roast.  Incidentally the market was out of kitchen thread, which left me with my second dilemma of the night.  After some internet research, I discovered that as a tawdry substitute, I could use twine.  Thank the stars, I had some in my backseat from when we moved our mattress on top of my car.

Since I’m poor and hoping that since I opted not to elope, I will get showered with kitchen-related goodies next September, I don’t have a roasting pan.  Or a rack.  So my roast was roasted in an aluminum disposable pan trussed with twine.  Cut in half because I didn’t have a pan big enough to brown it whole.  Sometimes I wish TLC had a show called “pimp my kitchen.”  Don’t let the granite countertops fool you. 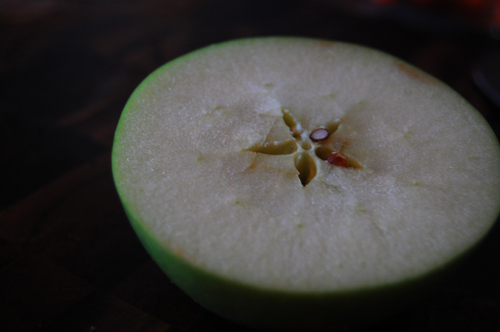 Combine garlic, herbs, salt & pepper.  Toss and rub (with your fingers, preferably) over the side and into any cracks in your roast.  Truss with twine, which is essentially wrapping it (not too tight) with one inch intervals.  Cover, and refrigerate for two hours.

Preheat your oven to 375*.  Brown the roast in hot oil in a skillet, spending 2 to 4 minutes on each side.  Then pop that baby in a pan and stick it in the oven.  You’re going to want to let it cook for an hour, or until the internal temperature is 160*.  When it’s done, cover it and let it sit for fifteen minutes, so the juices can redistribute.

Dice your apples, cover with lemon juice, and set aside.  Bring cider, sugar, zest, and spices to a boil.  Reduce temperature and let simmer until they’ve thickened, about ten minutes.  Add in apples and cook another twenty minutes, until the apples have absorbed most of the juices.  Stir in butter, toss.  Stir in any juices from the roast.  Serve on top of, or next to, the pork.