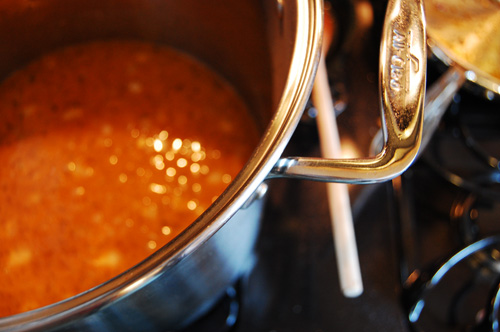 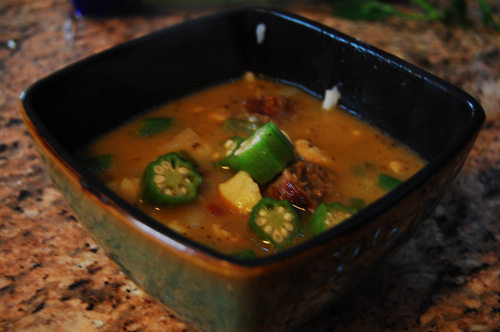 This Christmas I also got a cookbook from my parents titled The Best of the Best from North Carolina.  As you can probably guess, it is a collection of recipes from North Carolina recipe books.  Browsing it on Christmas morning we had a few chuckles at recipe titles (Otis’s Dipsy-Doodle Cake, for instance), my father scoffed at the two brunswick stew recipes, and I got very excited about the possibilities.  My sister Lauren, had she had the opportunity, would have probably scoffed at the gumbo recipes. 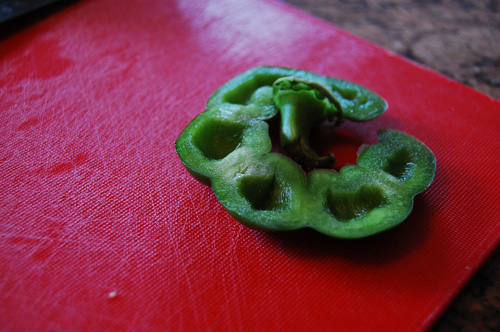 You see Lauren, North Carolinian that she is, has recently moved to New Orleans.  During school she lead a ton of service trips to the gulf for Katrina relief, and she loved it so much that after she graduated, she moved down there.  She is now a full fledged bourbon drinker, and I’m sure that her gumbo skills would blow mine out of the water.  Never-the-less, she is over a thousand miles away, so this weekend I made Beaufort Grocery’s Darn Fine Gumbo from my new recipe book.

As you may well have realized, the 44th president, Barack Obama, is being inaugurated this weekend, just down the street from our Takoma Park apartment.  And while I initially had aspirations to see this historic election in person, Delegate Eleanor Holmes Norton’s warnings, the D.C. metro’s statistics, and the constant NPR and Washington Post reports about how gridlocked and insane the District is going to be this weekend made me rethink.  Not to mention that they are predicting that it will be very cold.  So, Dan and I decided that our best bet was to hunker down and get a front row view on MSNBC. 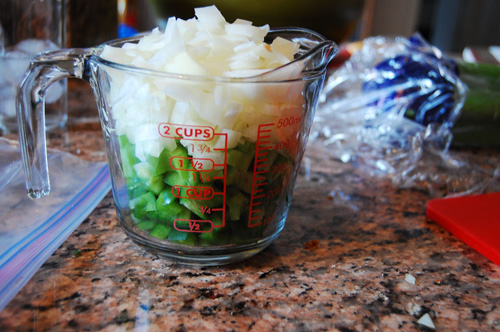 And all hunkering down includes a plethora of food, so on top of other snacks, I decided a pot of something hot and slow cooked would be a good option for all day no schedule eating.  I skimmed my new cookbook, and was attracted by the ingredients (most of which I had on hand), and the proprietor.  I’m partial because Beaufort Grocery is catering my wedding. 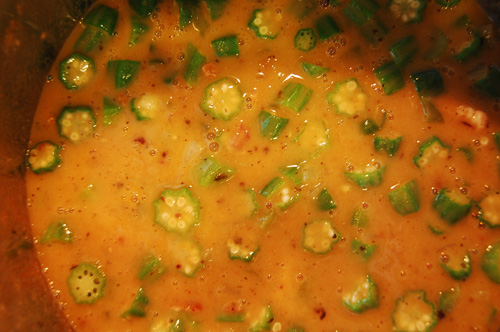 The only hitch was the title of their recipe.  You see, a childhood strip test revealed that I’m allergic to saying the word “darn” unless I’m mocking someone.  And even then I have a high risk of breaking out in hives.  Thankfully, I would categorize this gumbo as damn fine, and I think even Lauren would agree. 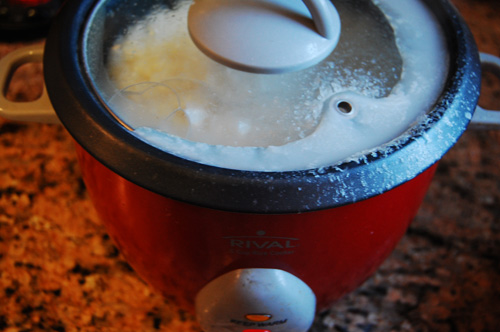 4 pieces of bacon, chopped and fried

Fry bacon in the bottom of your pot, set the bacon aside.  Mix in the butter with the bacon grease.  Add green pepper, celery, and onion.  Saute until tender.  Add garlic and spices, and stir.  Mix in flour and stir continuously for five minutes.  Slowly add stock, and let simmer for twenty minutes.  Add chicken, sausage, bacon, and okra, then let simmer an additional fifteen minutes.  Add scallops and cook until they’re almost completely opaque.  Add salt and tabasco.