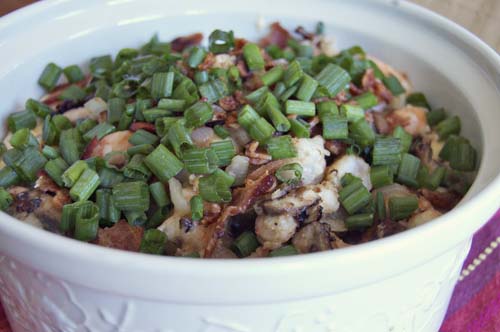 One of the meals that I most enjoy making and one of the recipes that I am always proud to serve is shrimp and grits.  This recipe has been adapted from the famous Crook’s Corner, a restaurant in Chapel Hill, NC, that is renowned for it’s shrimp and grits.  For good reason, they’re delicious. 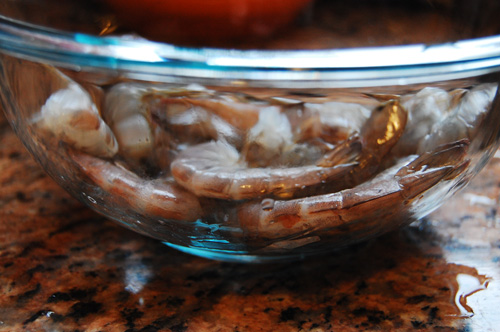 Shrimp and grits are a staple in the south.  Originally it was a meal eaten pretty exclusively by fisherman and their families for breakfast.  As time passed the dish became something served all times of the day and eaten by everyone.  It’s a great casserole type dish to bring to family gatherings, it’s good for brunches, dinners, and makes just perfect leftovers. 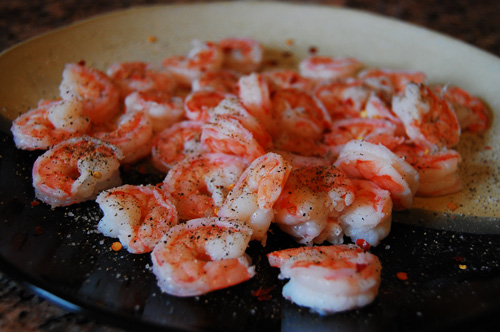 While shrimp season is May-December, you can get shrimp pretty much all times of the year, which is good for me because I have been craving them all week.  It could be the resurgence of cold air earlier in the week or the fact that Top Chef had their last few episodes in New Orleans and the dishes seemed to be a lot of creamy grits and shrimp.  Either way I started craving them something fierce, and it seemed to be the right time. 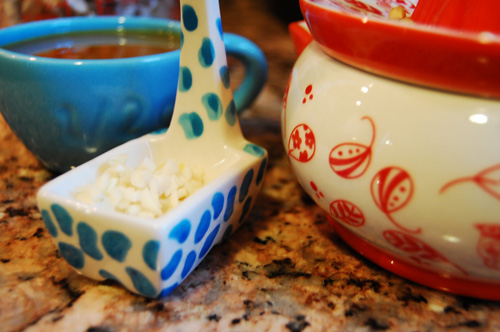 The recipe is a lot of steps, and can seem overwhelming the first time you make it.  Just take my advice and relax.  Grits are a loving, generous food, and the dish can absorb a lot of faux pas that other dishes wouldn’t be able to handle.  The basic creamy cheese grits are not that different from the jalapeno grits recipe I posted earlier, and the shrimp are lightly breaded and sauteed, nothing you can’t handle. 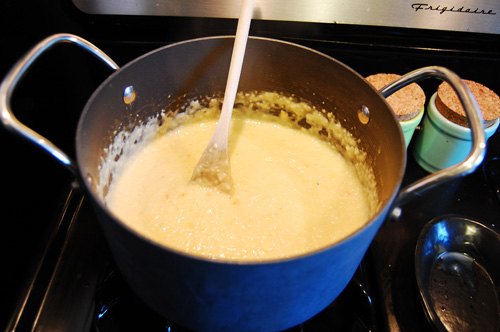 One thing that I can guarantee is that after you’ve made this recipe and tasted how incredible shrimp and grits from YOUR kitchen can taste, you’ll begin to scoff at establishments with lesser dishes.  This could be beneficial for you if you’re with a group of people that appreciate a good scoff, just be careful not to take it too far.  And believe me, if you live outside of the south and you’re inclined to try posh “southern inspired” restaurants that serve s&g, you’ll probably have plenty to scoff at.  Just maybe do it on the inside. 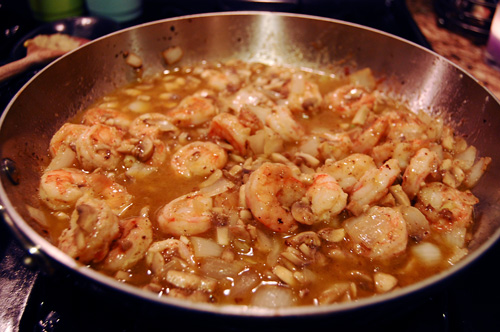 Apologies for the fact that there’s no photo of the dish, as it should look served.  We had friends over and I was just so excited about diving into it that I totally forgot to memorialize the moment.  We served it with spiked sweet tea, sweet tea with a shot of limoncello mixed in, which is delicious.  My best friend Megan would yell at me if I didn’t take this opportunity to plug sweet tea vodka, which well… you just sort of have to experience. 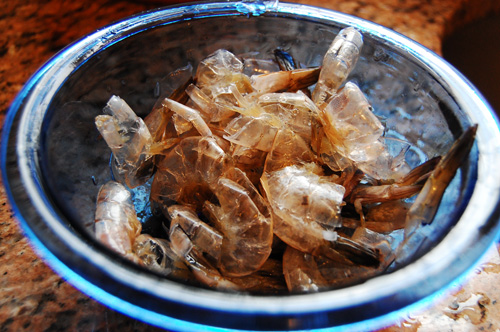 Bring water, chicken broth, half & half, and salt to a boil.  Gradually whisk in grits, stirring occasionally until they’ve thickened.  Add cheddar, parmesan, butter, hot sauce, and white pepper.  Turn the temperature down to low and let simmer.

Boil two quarts of water in a large pot.  Add shrimp and boil three to five minutes, or until pink.

Cook bacon, and set aside.  Keep one tbsp of the drippings in the skillet.  Sprinkle shrimp with salt & pepper and dredge in flour, then set aside.  Saute mushrooms in the bacon drippings until tender and juicy.  Add onions and cook a few more minutes.  Add garlic and shrimp and saute until shrimp are brown.  Stir in chicken broth, lemon juice, and hot sauce.  Cook about two more minutes.

Spoon shrimp on top of the hot cheese grits.  Sprinkle with bacon and, if you’re feeling fancy, a lemon wedge.

Some advice for first-time shrimp preparers.  You can either buy the shrimp cooked at the grocery store, or you can buy the shrimp whole.  Now, I recommend buying them uncooked because you don’t know how long they’ve been sitting there cooked.  So when you buy them they’ll come in one of two ways.  They’ll either come completely intact with heads, or the heads will have been removed and they’ll come with just the tails/skin.  To clean them, run them under warm water and snap of the tail (and head, if necessary), then peel off the skin.  Then, run your finger along the top and the bottom to make sure there’s no brown stuff.  After you’ve boiled them, rinse them in cold water and do another brown stuff check.  I promise, your squemish guests will appreciate the lack of brown stuff.

If you’re a visual learner, I’ve posted a video on Vimeo for your learning pleasure.  Enjoy the Jimmy Buffet.  A gift from me to you.