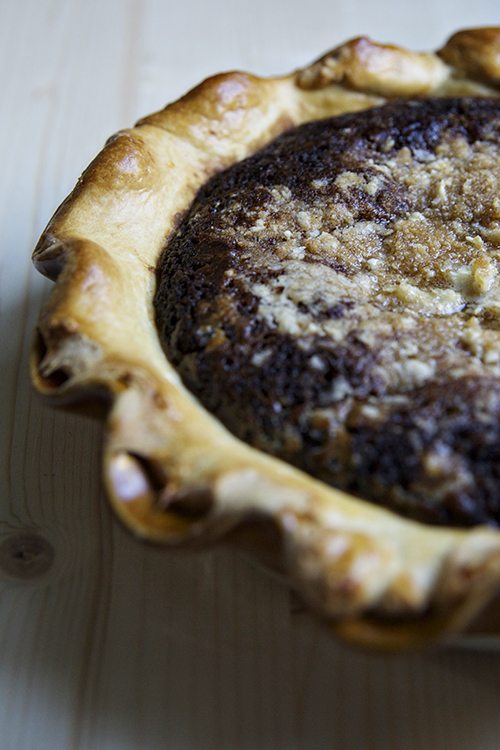 Dan’s birthday dessert request this year was shockingly not a cake (his birthday is the one day a year where I happily make a cake), but instead one of his favorite childhood desserts- a shoo-fly pie. I’d never had the pleasure of trying a shoo-fly pie before, so I was excited (and a bit nervous) to take on the challenge! 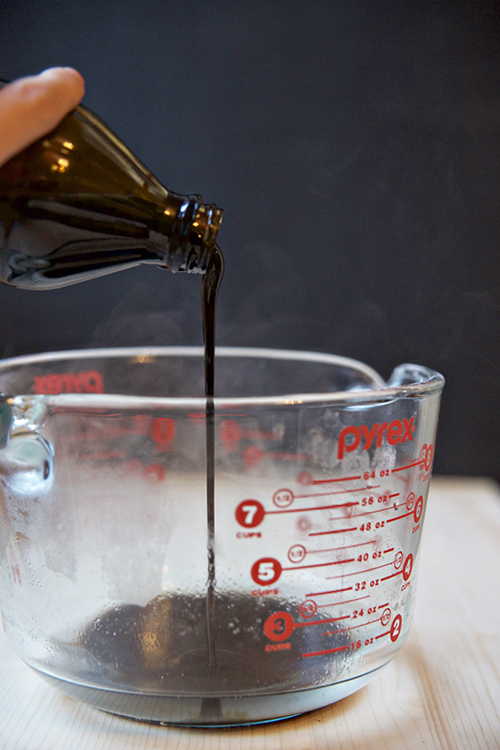 Shoo-fly pie is a traditional Pennsylvania Dutch recipe, and it combines a rich chess-like molasses base with a butter and brown sugar crumb topping. I used black strap molasses which gave the pie an incredible dark color and an anise flavor and served each slice with a heaping dollop of freshly whipped cream. Dan gave it his personal thumbs up and said it tasted like home, which makes this a birthday dessert success story! 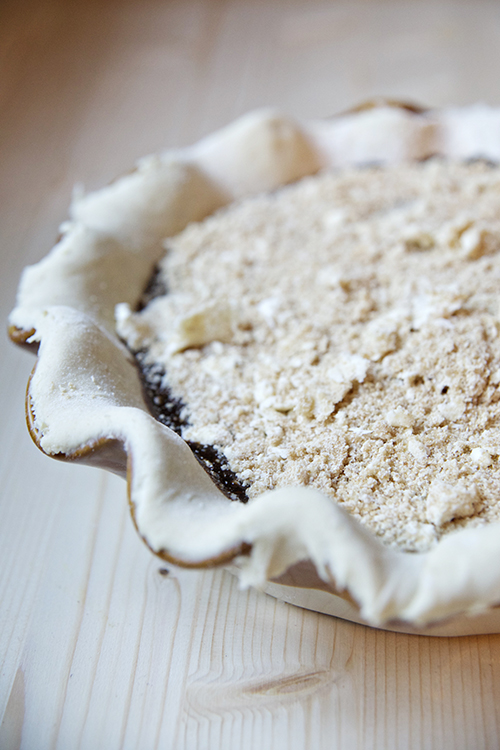 In a food processor* combine flour, butter, sugar, and salt. Pulse until texture resembles cornmeal. Add in water, a few tablespoons at a time. Pulse until a dough ball forms, adding more water as needed. Wrap in plastic wrap and chill for 1 hour.

Pour your boiling water over baking soda in a large mixing bowl. Pour molasses into the water and whisk together. Add in egg and vanilla. Set aside. Heat oven to 375F.

In your food processor* combine flour, salted butter, brown sugar, and cinnamon. Pulse until just combined. Mix 1/3 of the topping into the molasses filling.

Roll the pie dough out and transfer into pie dish. Pour molasses filling into the dish and top with remaining brown sugar crumble. Brush the crust with whisked egg. Bake for 40 minutes until crust is golden brown and the filling has mostly set (it’s okay if the center jiggles a bit). Cool completely before serving.

Combine whipping cream, sugar, and extract in a bowl. Whip until stiff and serve with room temperature pie. We recommend an as-much-whipped-cream-as-pie approach.

*it is completely acceptable and, depending on your state of mind, preferable to do this by hand. I find it to be incredibly relaxing to cut butter in with my fingers.