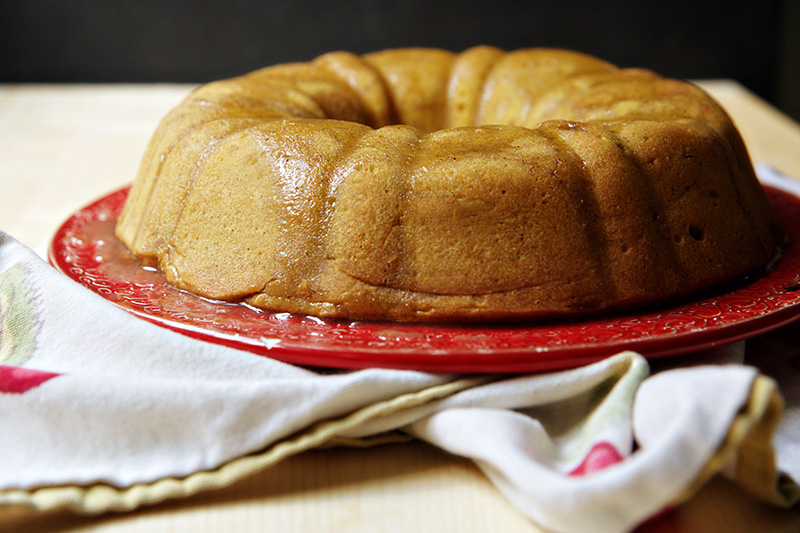 this recipe originally appeared on Our State 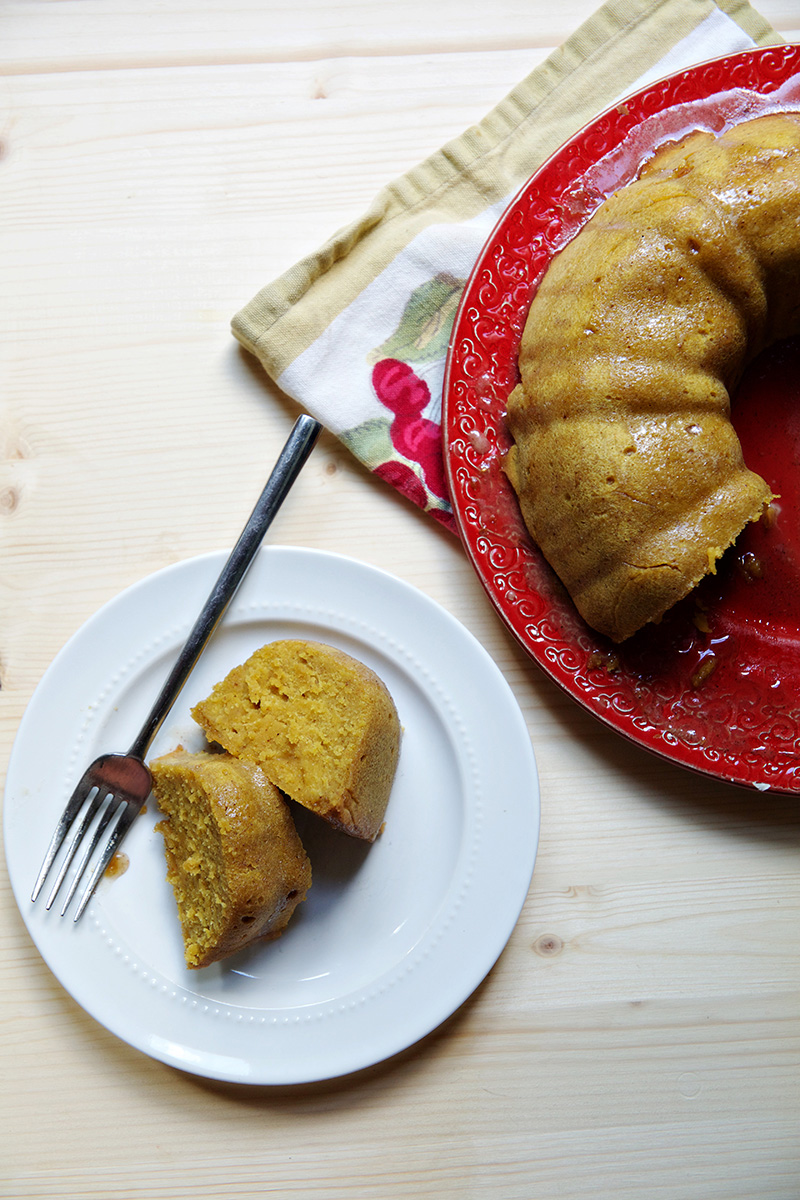 In case you missed the signs, it’s pumpkin season! Some of you, I know, just squealed with glee. The rest of you flinched in horror. I get it! Pumpkin has become synonymous with overly sweet, overly spiced, overly orange. Never fear, this recipe is not one of those. The pound cake itself is dense and rich. The spice is subtle. The color is… naturally orange. It’s pumpkin the way it’s supposed to be. The way October and the Gods of Fall intended it to be. 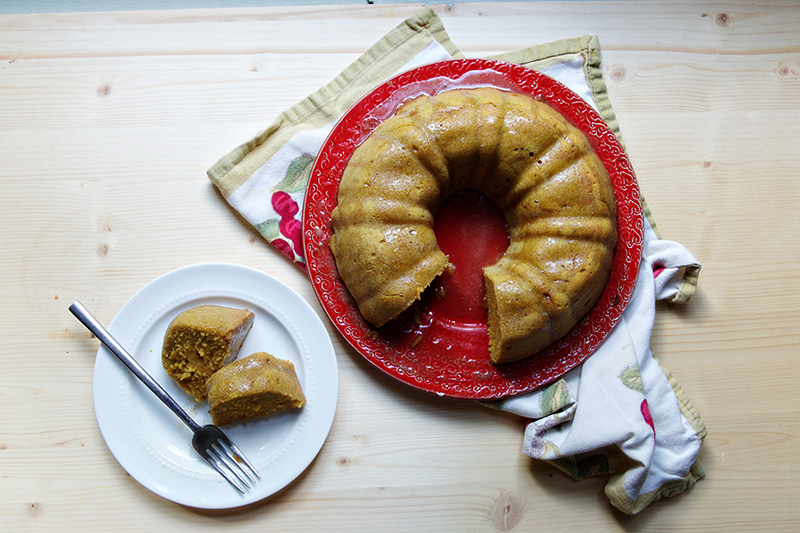 In fact, today, all across the internet, pumpkin recipes are going live as a part of the #virtualpumpkinparty, organized by Sara over at Cake Over Steak. So if you’re not pumpkin’ed out take a gander at the list at the bottom of the post because I think you’ll be pleasantly surprised by all the hats that pumpkin is wearing this season.

Preheat the oven to 350F. Beat the butter in a large bowl and gradually add in sugar, beating until light and fluffy. Add the eggs, one at a time, whisking well between each addition. Add in vanilla extract.

Sift together flour and baking soda into a bowl. Add to the egg mixture, one third at a time, alternating with pumpkin.

Spoon batter into a greased 10″ bundt pan. Bake for 40-45 minutes, or until golden brown and firm. Allow cake to cool for 10 minutes before turning it out onto a plate.

Whisk together milk, spices and sugar. Slowly pour the glaze evenly over the cake. Serve warm.

Cake Over Steak • Pumpkin Ginger Cookies with a Vanilla Glaze