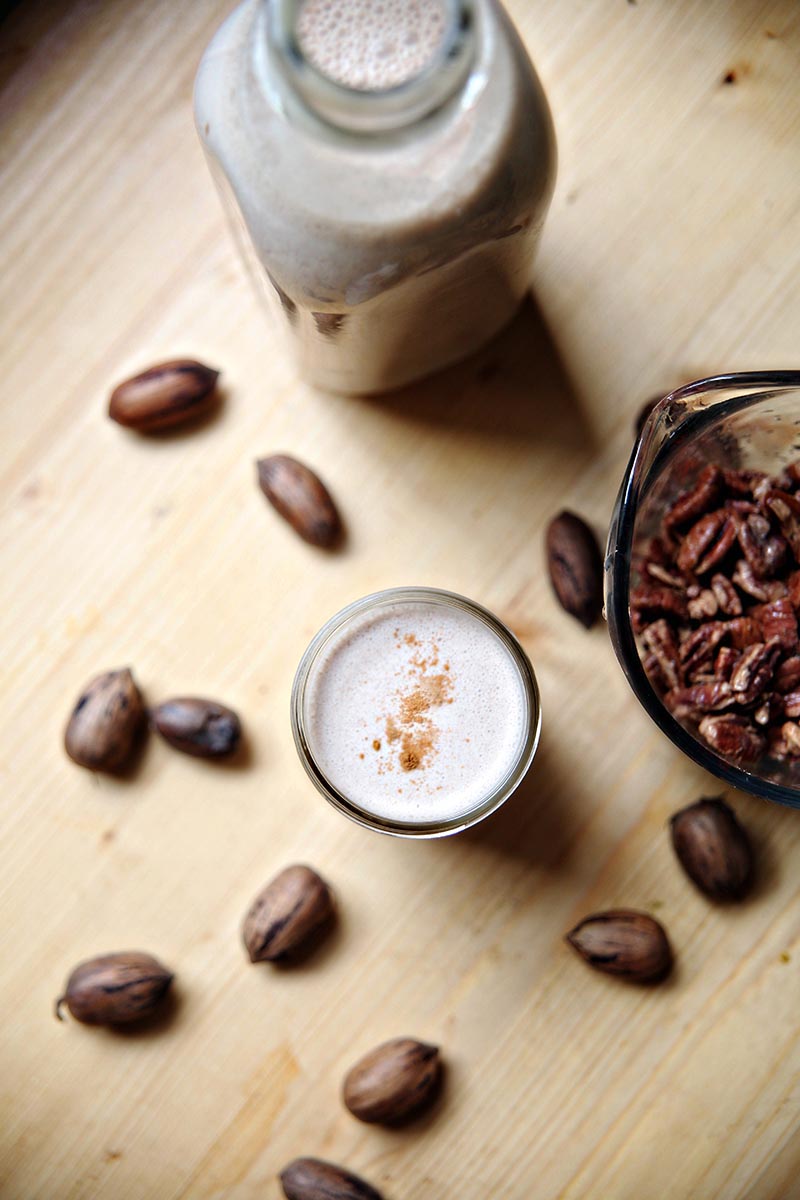 A few weeks ago Ev and I went over to Atlanta to celebrate the opening of my friend Kellie’s painting show, “The great force of History comes from the fact that we carry it within us, are unconsciously controlled by it in many ways, and History is literally present in all that we do.” – James Baldwin. After the opening we had the whole weekend to relax, walk all over Atlanta, and enjoying exposing the baby to new experiences (like whale sharks and frozen buttermilk yogurt). One day we were at Ponce St. Market and I had an iced coffee with locally made pecan milk. And it was fantastic. I spent the subsequent three weeks thinking about it, until I decided I couldn’t stand not having pecan milk for my cold brew anymore and made my own. 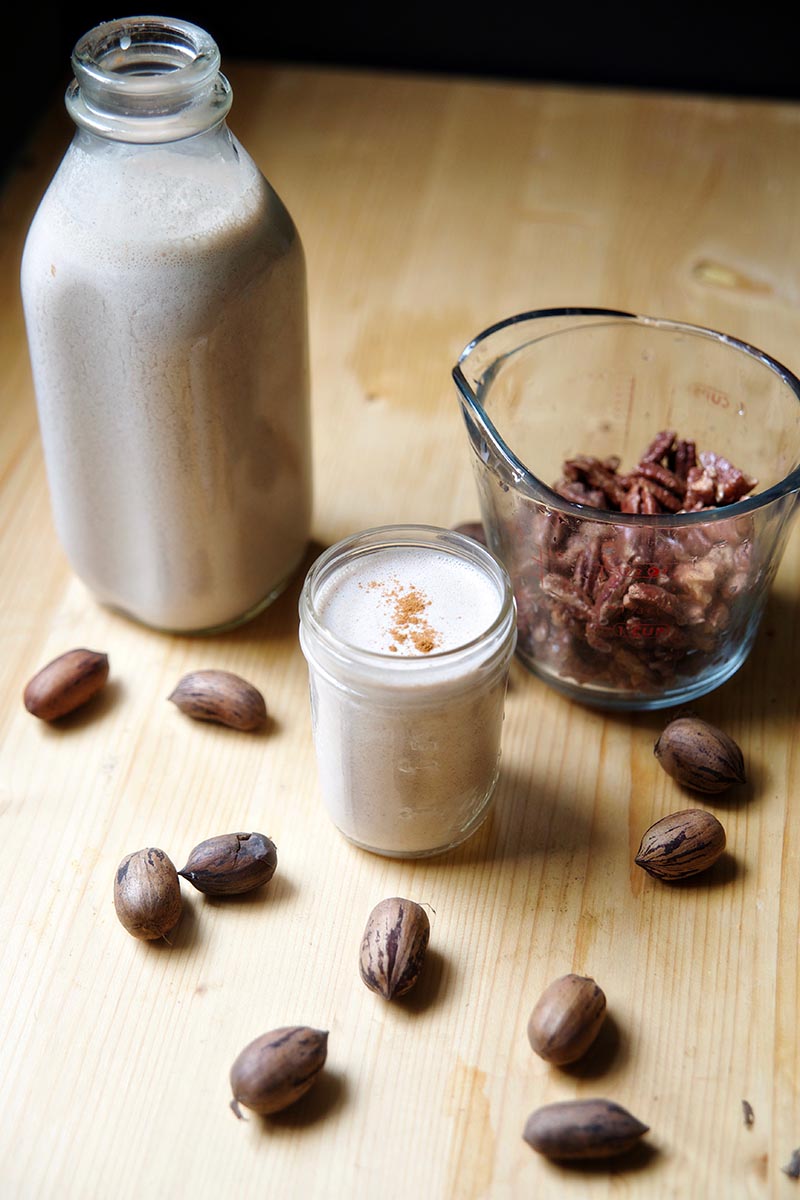 I played around with the water to nut ratio but what I settled on that worked the best was 1 part nuts (soaked) to 2 parts water, blended together. I’ve always been intimidated by the idea of making my own nut milks because of all the steps and the squeezing and you know… I’m lazy. But pecan milk, made with soaked pecans and a blender, is easy! It’s just combining ingredients and blending! No squeezing or nut milk bags needed. And it’s thick, creamy, and so perfectly paired with my cold brew that I’m never going back. 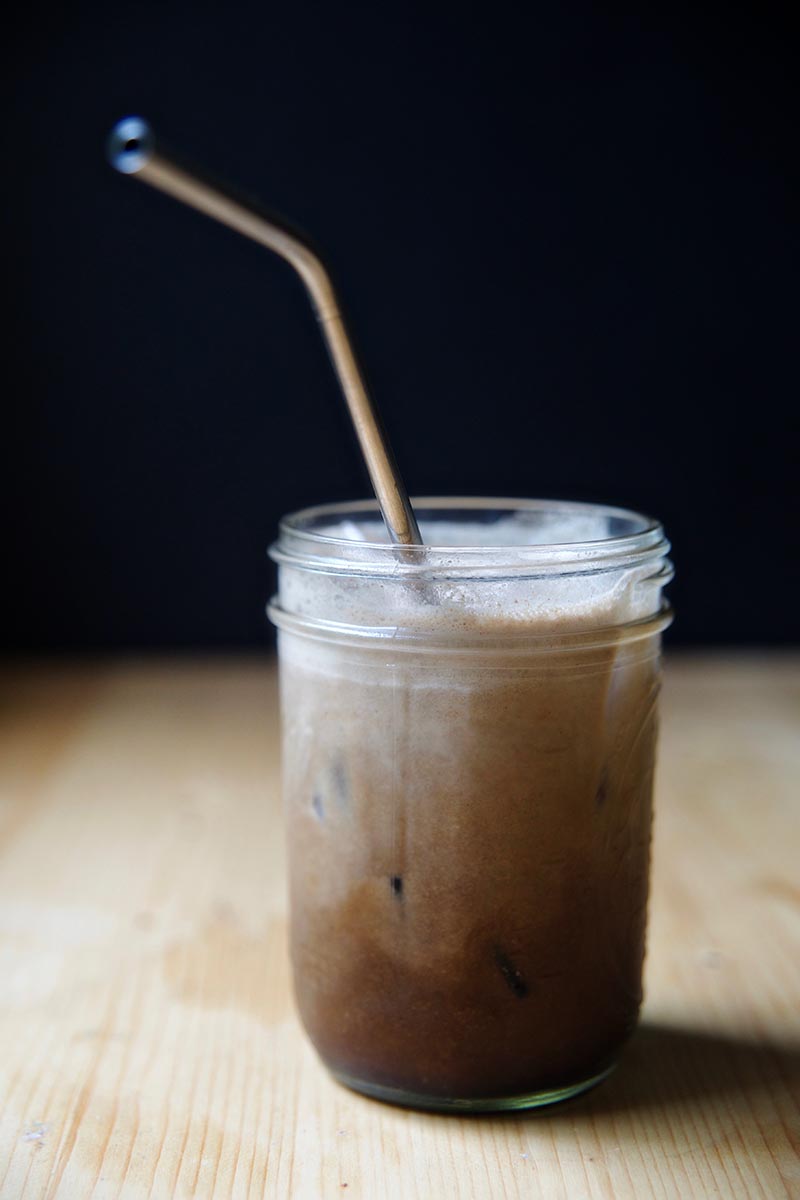 The day before you’d like to make the milk soak the pecans in water.

Drain off the soaking water and combine pecans in a blender with water, cinnamon, vanilla extract, and salt. Blend on the highest possible setting until the pecans are completely emulsified, and the milk is thick and frothy.

Refrigerate for up to 1 week. Alternatively, freeze the pecan milk into ice cubes! The milk will separate in the fridge, just give it a good shake before serving. 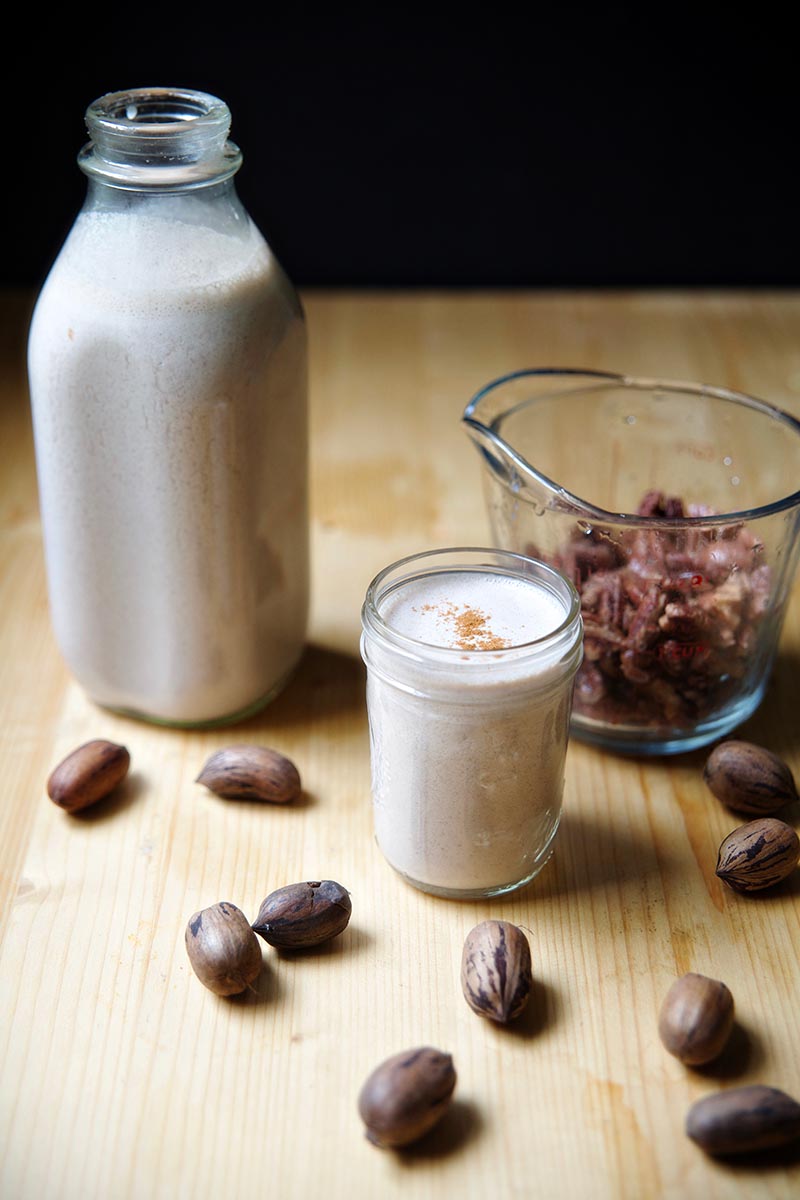