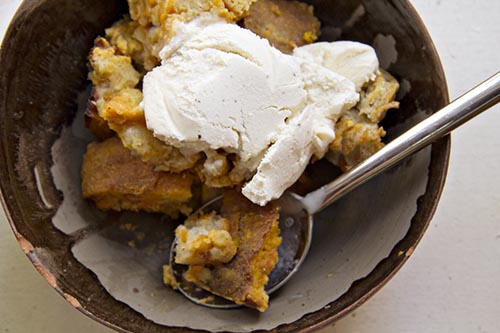 I made two pumpkin pies this past week.  The first pumpkin pie I made had NO flavor.  Something about the pumpkins I used (organic sugar pie pumpkins), just made the pie taste like… well, nothing.  It was gross.  Thankfully my family is very nice and pretended like it still tasted okay.  So I delved into the world of pumpkins to try and learn what makes a pumpkin taste good, and what makes it have no flavor. 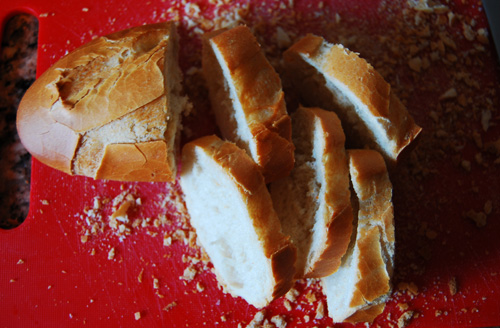 After my experiment (see Pumpkins 101), I had to figure out what to do with the pumpkin puree.  I certainly wasn’t going to waste it.  I also needed to figure out what dish to bring to Pennsylvania to celebrate with my future in-laws.  Recently, Dan’s father had mentioned how much he liked bread pudding.  And since I was making a pumpkin pie for my family, I figured I’d branch out a little and make pumpkin bread pudding. 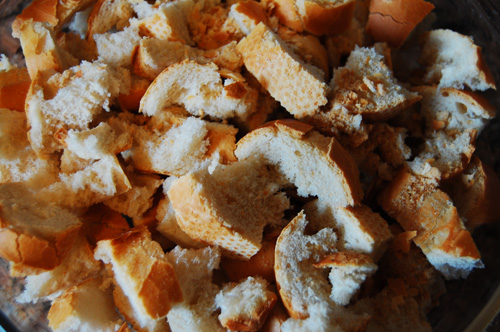 I started with my traditional bread pudding recipe.  Now, bread pudding is not something that my family is huge on.  So really, I don’t often have the opportunity to make it.  A few years ago, while I was in AmeriCorps, I was working in a full time office building, catering to the Baltimore AIDS community.  When my coworkers had birthdays, I would bring them in the cake of their choice, because I like making cakes and I like the attention of people enjoying my cakes.  I did, however, have one coworker who didn’t like cake.  He only ate pumpkin pie and bread pudding.  He also called me Misselenious (It started as Miss Elena and digressed), so he was one of my favorite coworkers. 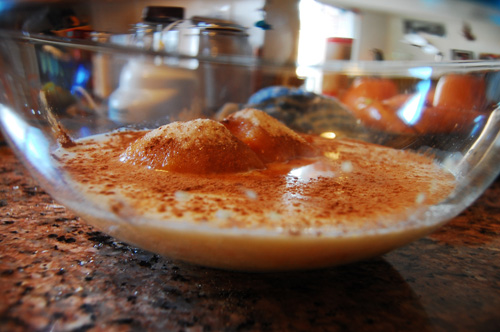 For his birthday, which was well past pumpkin season, he requested bread pudding.  So, I learned how to make it, which left me with a wonderful recipe that I never use.  So now I have a new opportunity.  I did make some tweaks to my recipe.  I swapped the whole grain bread I normally use for a loaf of french bread.  In order to make it pumpkin bread pudding, I simply whisked the pumpkin puree in with the milk and other ingredients.  Sort of like baking honey into a pie crust, infusing one ingredient with a flavor enhancer makes it pretty easy. 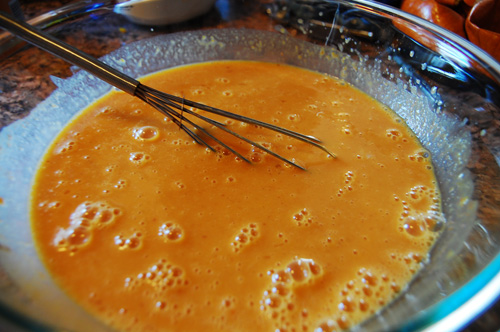 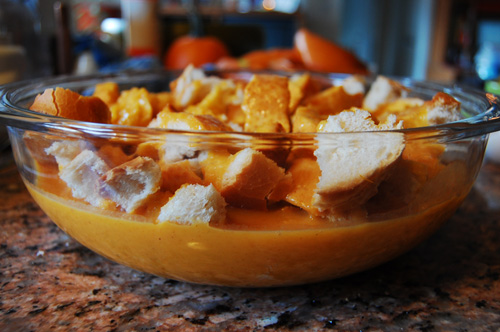 Preheat your oven to 350*.  Break bread into small pieces and place in pan.  Drizzle butter over.  In a separate bowl, whisk together egg, milk, puree, sugar, spices, and vanilla.  Beat until well incorporated. Pour over bread.  Do not stir.  Bake for 45 minutes and serve warm.