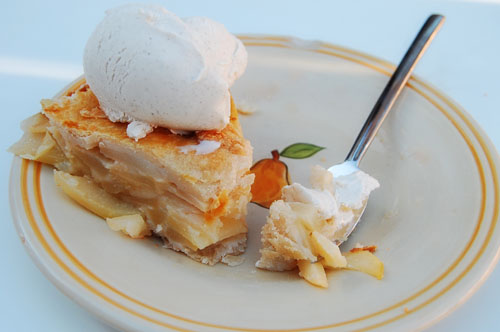 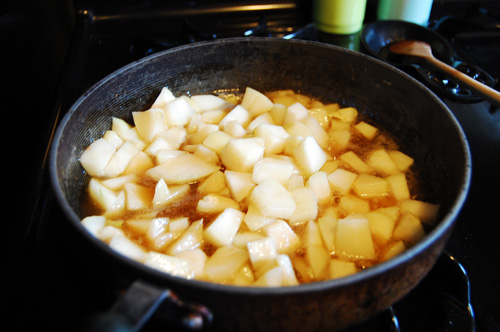 Last season, one of the characters, Chuck, made a few pies with gruyere baked into the crusts.  I’ve experimented with baking cheese into the crust, but when I was trying to think how I could schnazz up my pear pie, I was inspired to bake cheese into the pie as well.  What I mean is, putting cheese not only in the crust, but also in the filling.  To compliment this slightly cheesy pear delight, I made homemade vanilla ice cream with just a dash of ginger. 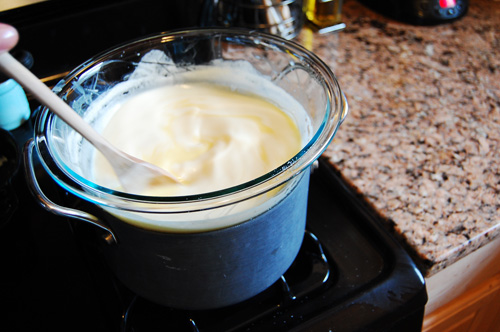 This is really a wonderful pie.  Apples this time of year are not worth it, but pears are just perfection.  And I’m just such a sucker for hot pie served with cold, fresh ice cream.  The cheese in the crust is subtle and rich, and the cheese in the filling adds a creaminess and a punch to the flavor of the pear that really accentuates the fruit.  In addition to the cheese, I also baked honey, cinnamon, and ginger into the crust. 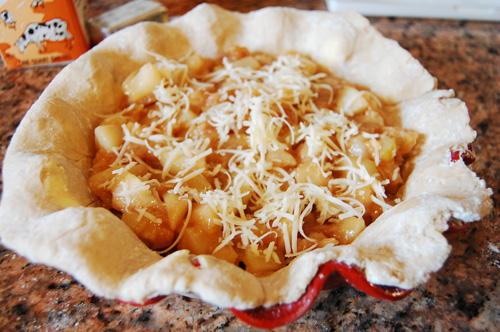 As for the ice cream, I have a Cuisinart ice cream maker that is so… well so cool.  The recipe is from Seasoned in the South, a book of recipes from Chapel Hill’s (amazing) restaurant Crooks Corner.  Homemade ice cream is easy to make, and if you have a machine, why pay for it?  Come summer I’ll share some sorbet recipes (inspired by another amazing eatery in DC, Dolcezza).  One day I’ll figure out how to make Ben & Jerry’s “The Gobfather,” which is the ice cream that single-handedly got me through having mono.  I’ll probably gain a few hundred pounds, but each one will be, as my grandmother says, delightful. 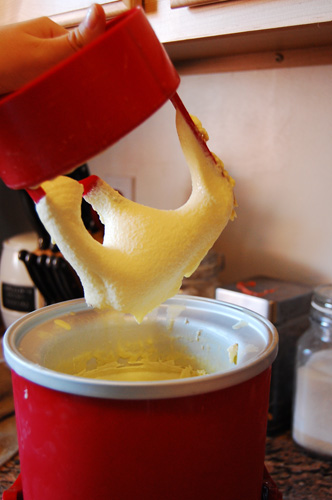 Peel and chop your pears in to bite size pieces.  Melt butter in saute pan.  Add in pears, sugar, and spices.  Let simmer for twenty minutes or so, until pears are very tender and most of the liquid has evaporated.  Stir in flour, remove from heat.  Set aside and allow to return to room temperature.

Prepare your dough.  Stir honey and cheese into your filling.  Spoon filling into dough, and place the top crust over the filling, pinching the edges.  Whisk together honey and egg.  Brush onto the top of the pie crust.

Separate eggs and whisk with sugar.  Bring one cup of heavy cream and the milk almost to a boil, with the vanilla bean.  As soon as it’s scalded, remove from heat.  Put in a glass bowl over a saucepan of boiling water (or a double boiler) and stir constantly until it begins to thicken and steam a little, around ten minutes.

Churn in the ice cream maker until it is solid, then freeze until you intend to serve it.  Serving it right out of the ice cream maker is an option, but frankly it’s a little mushier than you want it.  Firming it up in the freezer ensures that you serve more than just vanilla mush.