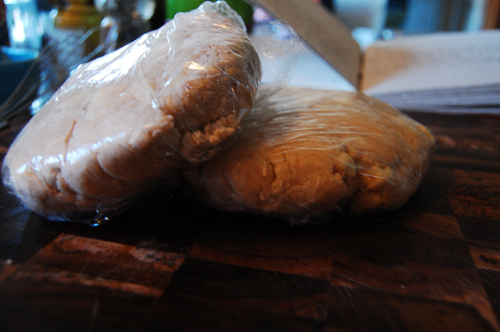 Pie dough can be a tricky thing to make.  You don’t want it to be too dense, you don’t want to let it get sticky or tacky or gummy.  You want it to be flaky and light, you want it to be able to stand alone but not to overpower the pie filling.  I know, this sounds terrifying.  It’s hard to convince yourself that you want to take it on.  But, I promise you, a pie crust from scratch (and the bragging rights that come with it) is totally worth it.  And this is a recipe that is easier that you’d expect, and has turned out brilliantly for me. 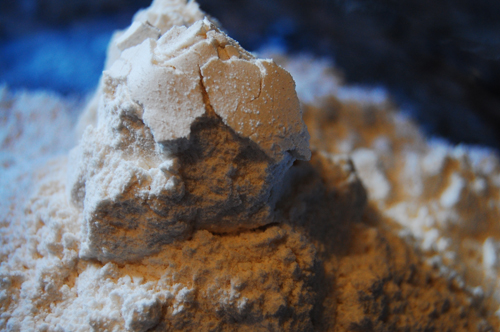 I do have a few tips for you.  I’ve found that when I eat pie, I often don’t eat parts of the crust because they’re flavorless.  So my solution was to start baking spices and flavor enhancers into the pie crust.  Each pie you make is bound to have a spice profile that can be added to the crust to give it a little pizzaz.   For instance, if I’m making a pumpkin pie, I’ll bake some cinnamon and nutmeg into the crust.  For a bourbon peach pie, I’d bake honey and brown sugar into the crust. 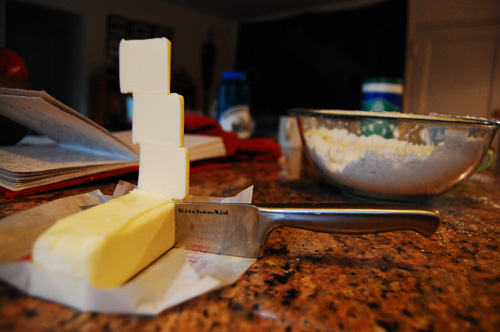 Another thing to keep in mind while making a pie crust is that the refrigerator is your friend.  The colder your ingredients, the easier the time will be.  If your dough starts getting tacky and hard to roll or form, just pop it back in the fridge for a bit.  It’ll make your life so much easier.  Also, if you’re having trouble with your dough sticking to your rolling pin or your counter, try rolling it out between two pieces of floured wax paper.  This can really save you a headache.  Finally, this recipe makes enough for a top and bottom crust.  If you only need a bottom, you can freeze the remaining dough for up to a month.  When you’re ready to use it, I suggest you take it out of the freezer and let it thaw completely in the fridge.  Other than that, just stay positive.  In a world where homemade often means bought from the store and cooked at home, a scratch pie is deeply satisfying. 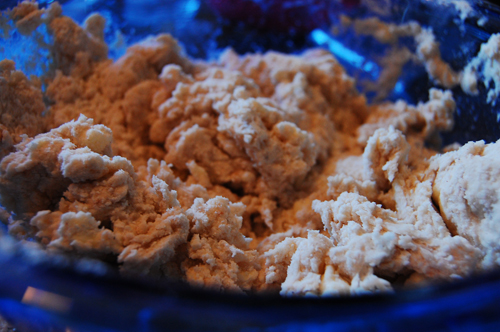 Form a ball and divide it in half.  Cover each half with saran wrap and flatten into a disc shape.  Pop in the fridge for at least half an hour.  Take half the dough out of the fridge, and roll it out on a lightly floured surface.  It also helps to cover your rolling pin with flour.  Fit the dough into your pie dish, and roll out the remaining dough.

If you’re making a traditional, close top pie, lay the rolled out dough on top of the filled pie, and pinch the top and bottom crusts together.  You can then go back in with a fork and crimp the edges.  Don’t forget to cut slits in the top so the pie can let out some steam.

If you’re making a lattice top pie, use a knife or pie cutter to cut strips.  Weave them together, and sprinkle with sugar.