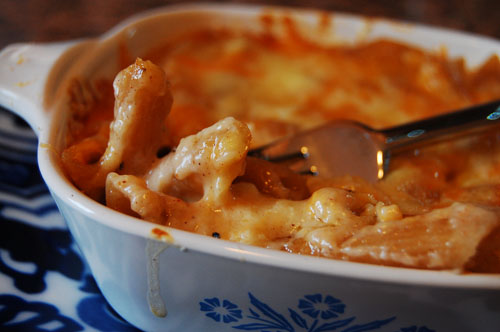 For the past two days I’ve been holed up in my apartment, sick.  Yesterday I took in way more Criminal Minds/Gilmore Girls than is probably healthy (though they may cancel each other out) and got winded chasing down the UPS man who was trying to drive off without delivering our new computer.  That’s right, ladies & gents, this recipe is coming at you from our brand new 27″ iMac, dubbed Admiral Adama.  And yes, we named our beautiful new computer after Edward James Olmos’ character on Battlestar Galactica.  We’re nerds.  We’re also planning on naming our puppy Starbuck. 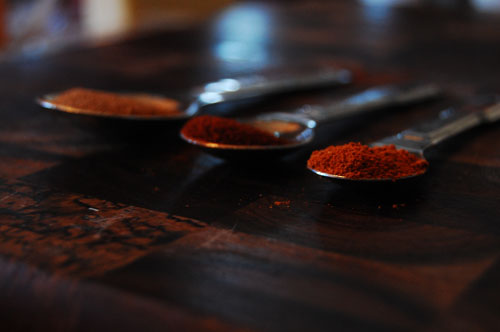 Anyway I am incapable of just being home sick because I always feel I should be doing something.  So I made macaroni and cheese.  Because I didn’t feel good and I wanted the creamy, sweet and spicy goodness that homemade macaroni and cheese can be.  Plus, once the computer was delivered I decided to wait for Dan to get here to set it up so taking pictures of cooking and fantasizing about them on the giant HD screen was as close to feeling good as I could get.  And, naturally, promptly after sticking the dish in the oven I collapsed on the couch, exhausted. 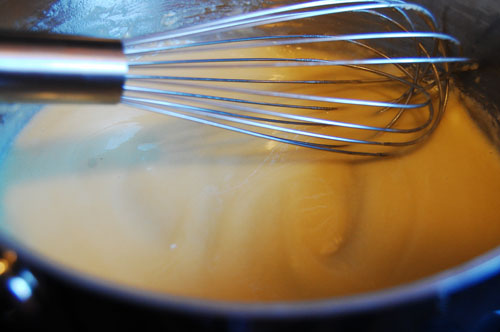 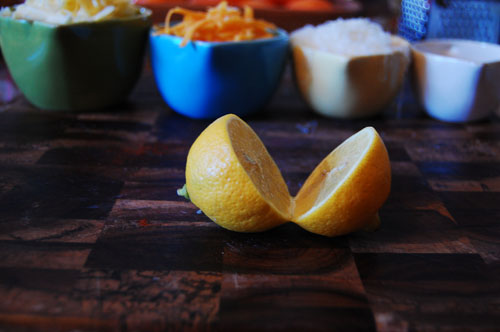 Homemade macaroni and cheese is a pretty simple meal.  Not nearly as simple as opening a packet of powdered cheese and dumping it straight into boiled pasta, but you know, easy compared to making your own bread or some of the other things I encourage you to do here on a regular basis.  In fact, I would venture a guess that the majority of you could pull this off on a weeknight.  Or you could make it ahead and freeze it.  What I’m trying to say is that I made it while dying of the flu* so it shouldn’t be a problem for you to pull off anytime.  Just some shredding, boiling, combining, and baking. 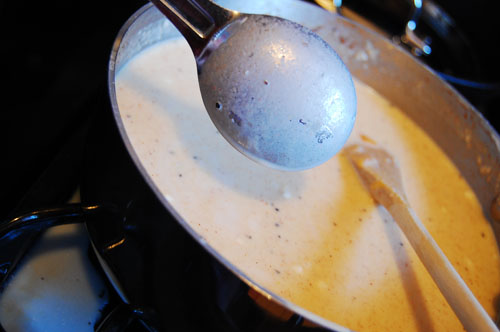 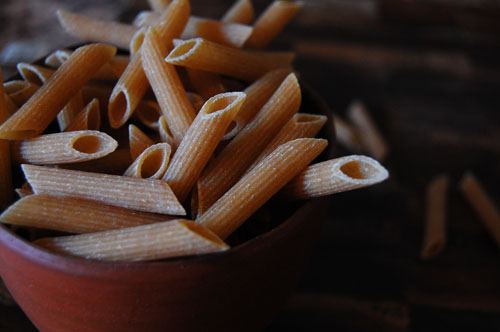 I’m going to go ahead and admit that editing these photos was way more of a pleasure than cooking, or even eating, this dish.  I mean, this computer (and it’s giant screen) has had me making a stream of exclamations that sounds more like a “that’s what she said” joke than anything else.  But I can’t help myself, I’m totally enamored and expect to fall further in love once Dan and I have figured out the logistics of sharing a computer.  That, naturally, will be the hard part. 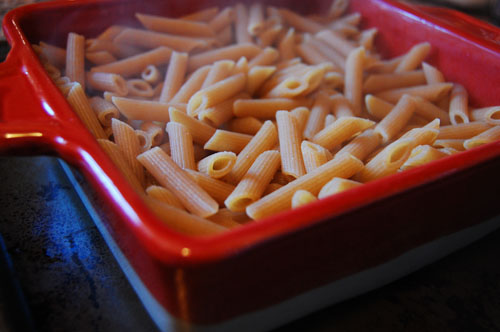 This could be because I’m almost as much of a computer nerd as I am a food geek.  In fact, sitting in front of it’s giant screen right now and thinking how much more I like this than editing on the couch with my 15″ MacBook, I’d venture to say that really only pie could beat this feeling right now.  Anyway, back to my disjointed and rambling post.  This recipe is, as I said, easy.  But also delicious by all mac n’ cheese standards.  It’s creamy, filling, sweet and a little spicy, with just the right ratio of gooey inner cheese to crunchy outer cheese.  I use spices such as paprika and nutmeg to give it a different flavor profile, but feel free to tweak it to your wants and needs.  It’s great for curling up in front of the tv and watching your favorite bad shows, perfect for this time of year when your body is TIRED OF THE COLD but they’re forecasting snow. 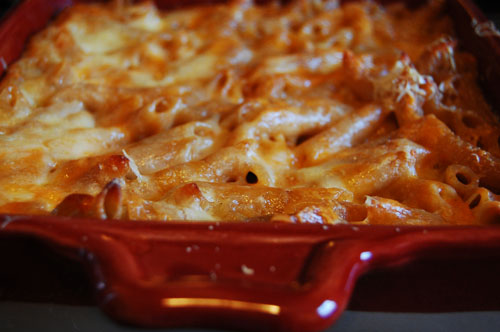 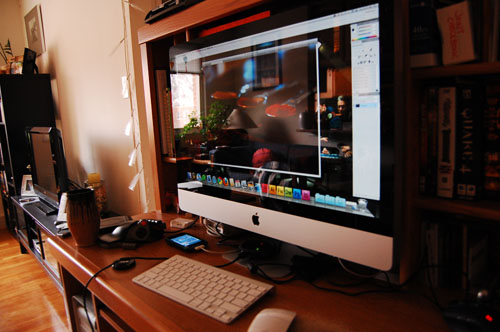 *I may not be literally dying.  It just feels like it. {drama queen} Also, if you look closely at the last picture, you’ll see Edward J. Olmos on the far right of the screen.

Shred all of your cheese.  Measure out all your spices.

In a sauce pan, heat milk & cream over low/medium heat.  If the pan gets too hot, the milk will curdle.

In another pan, melt butter.  Whisk in flour, making sure there are no clumps.  Slowly whisk in warm milk mixture.  Remove from heat and add 3/4 of all the cheeses and the spices.  Continue to stir until cheese has melted and formed a sauce.  The sauce should be thick enough to coat the back of a spoon.  Stir in the lemon juice

Boil your pasta 3-4 minutes until slightly cooked but still very firm.  Preheat your oven to 350.

Drain your pasta and pour into casserole dish.  Pour cheese sauce over and stir slightly to coat.  Top with the remaining cheese, spread evenly over the top.  Bake for 35 minutes, or until the pasta is tender and the cheese has a nice brown crust. 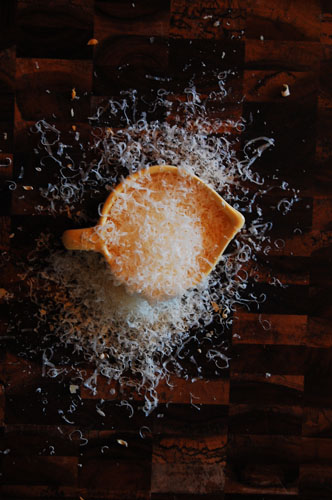