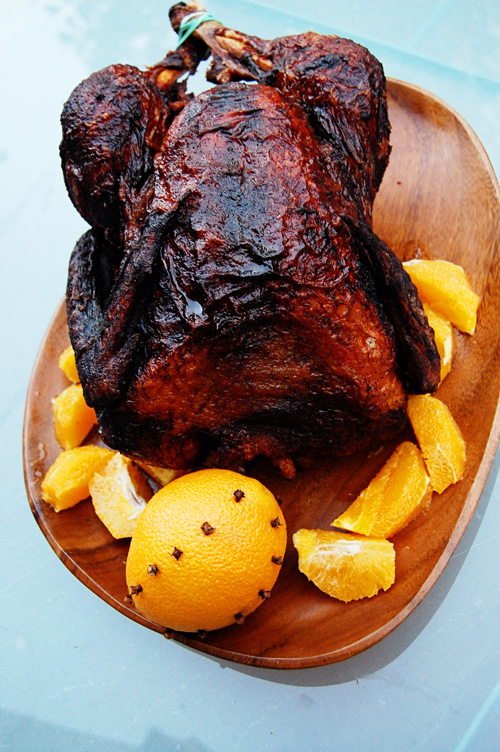 I know I’ve said this before, and I know I’ll say it again, but Thanksgiving is my favorite holiday.  And I am not happy, friends, that my favorite holiday gets the short end of the stick every year.  On Saturday we went out to procure a turkey fryer so that we could have ourselves a fake Thanksgiving on Halloween.  As in, almost a month before Thanksgiving and not only did they have the dinkiest display of turkey fryers on the planet,  they had a GIANT Christmas display.  A MONTH BEFORE THANKSGIVING! When did we stop acknowledging this most delicious of holidays?!? 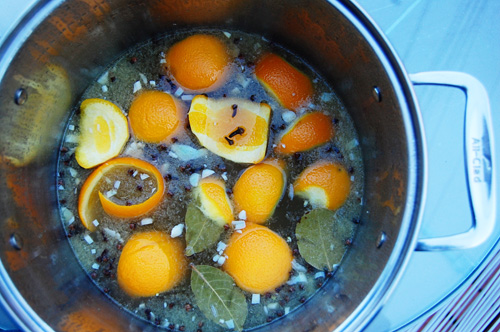 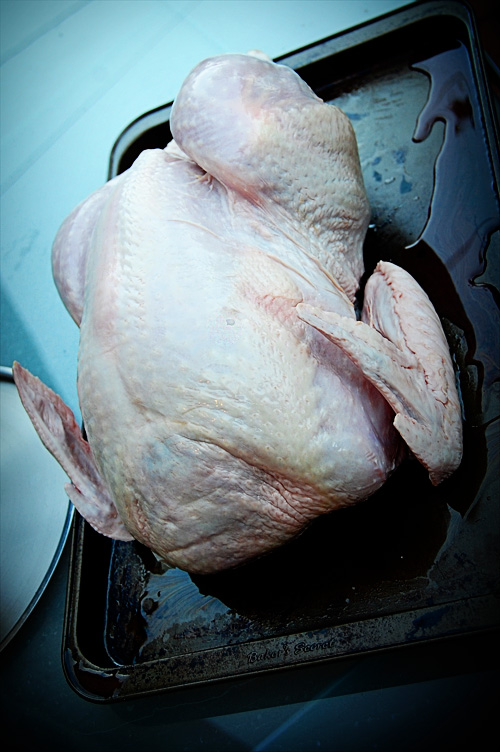 One of my favorite things about writing a food blog is fake Thanksgiving.  Because while I live for real Thanksgiving, it’s still a holiday.  Which means that it’s an event.  An event with amazing food, but an event nonetheless.  Fake Thanksgiving has all of the food but none of the kicking your sister out of your favorite chair so you can eat your 12th twice baked potato in peace-ness.  Or whatever.  My point is- all the glory, none of the tears. 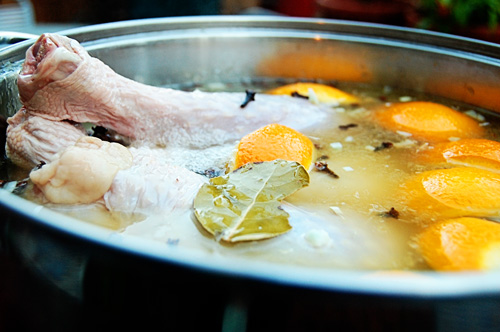 This year we decided we would fry a turkey for fake Thanksgiving.  It was both absurdly easy and completely terrifying.  I don’t remember when it was that my father started frying turkeys, but it’s been a family tradition for quite some time now.  And the end result is something almost too delicious to describe.  It’s my ideally cooked turkey, and after last year’s absurdly defective situation I wanted this year to be perfect.  And it was.  The turkey, which had, upon entering the fryer, been brining for two days, was moist and juicy with the crispiest of skin.  It’s perfection.  Total and complete perfection. 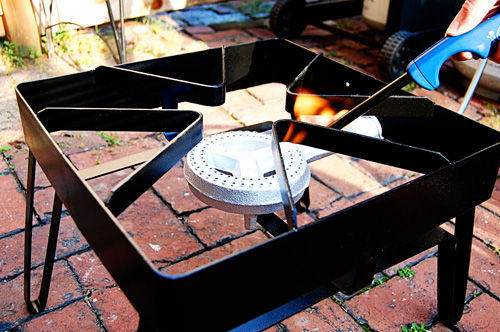 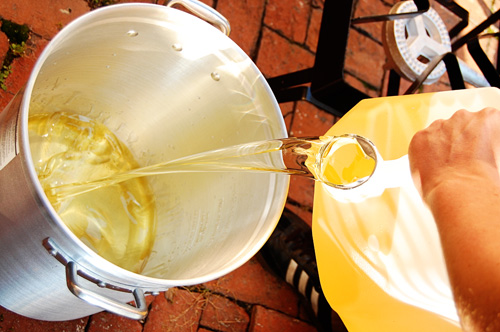 The purpose of a brine is to make the turkey moister, but is something you should only do on fresh turkeys.  Inspired by the holiday favorite decoration of oranges studded with cloves, I brined the turkey with orange peels, whole cloves, bay leaves, orange juice, garlic, and brown sugar.  I was skeptical of whether the fried turkey would still taste like the brine but, amazingly, it did!  Worlds better than a marinade, I’ll never not brine a turkey again. 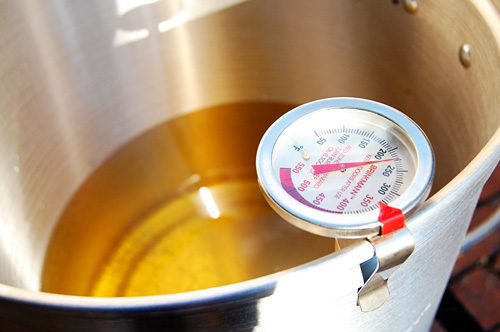 After two days in the brine, it was time to fry that baby (all 12 hunking pounds of it).  We heated the oil to 375, put the turkey on the hanger, and (very cautiously) dunked that bad boy.  And then it bubbled like crazy and I was getting concerned we’d become some All State commercial when it calmed down and simmered nicely for 40 minutes.  When it came out, perfectly cooked and smelling like heaven, I’ve never felt more gloriously triumphant.  And then we fried some oreos. 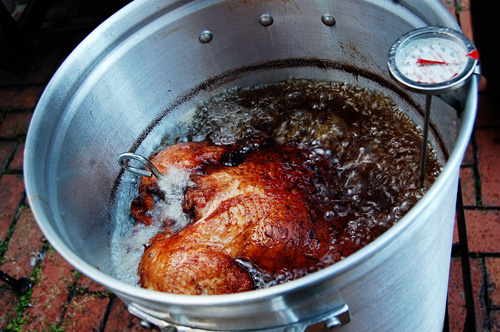 Oil to fill your fryer (peanut or canola)

A turkey frying kit, preferably.  A safe one.

Two days before you’d like to cook your turkey, combine the peel of two oranges, orange juice, water, salt, cloves, bay leaves, brown sugar, garlic, and allspice berries in a large pot.  Stir until salt and sugar have dissolved.  Bring to a boil and then let cool completely.  Submerge your turkey in the brine, cover, and let sit for two days.

When you’re ready to fry, heat your oil to 375.  Follow the instructions on your fryer.  Cook for 3 minutes per pound of turkey.  Remove from oil and allow to cool for 1 hour. 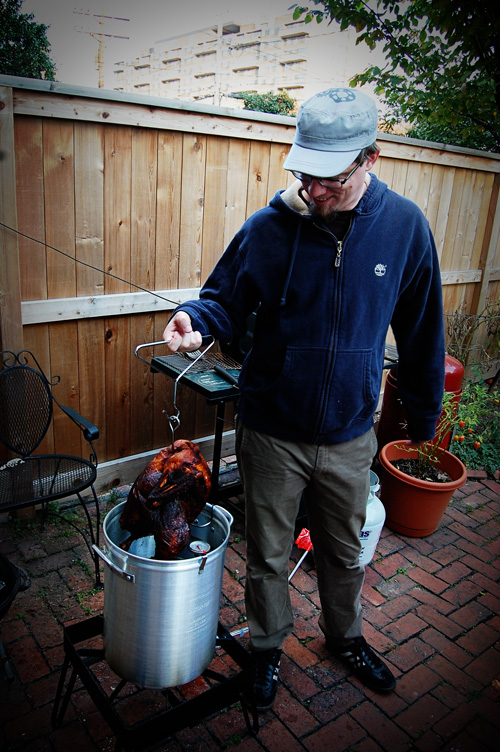