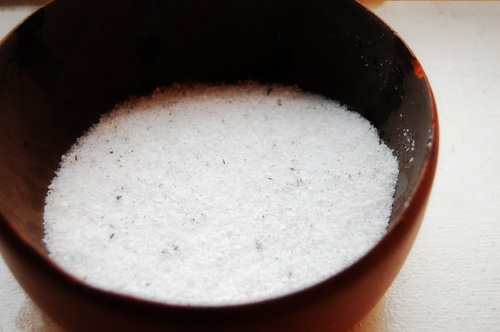 This was a bad week. Actually, the past two weeks have been bad, which is why last week, for the first time in a very long time, there was not a new post in this little corner of the internet. It’s nothing major, just a lot of little stresses at work and at home that built up and, when combined with the cold, my new desire to be a runner (a dubious plan), and the short hours I just… needed to check out. I did a lot of snuggling with Dan, we exchanged a few early Christmas presents, and I began planning 2011. Today we had absolutely nothing to do so we stayed in bed forever, baked cookies and made apple butter, took ourselves out for lunch, and had a dance party in the kitchen. It was much needed. And, as always, I am very lucky to have such a wonderful husband. 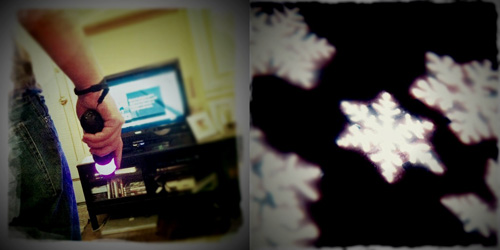 My big present to Dan this year was the Playstation Move. We’ve only had it a week and so far we both love it!*

This week’s recipe is something that came just in time for our holiday baking- vanilla salt. First off, I have a confession to make. I am a salt addict. I buy either kosher or sea salt so it comes in big crystals and in addition to adding it to flavor a dish, I love to sprinkle it on just about everything for an extra punch. Lately my breakfast of choice has been a toasted bagel or piece of toast with herb butter and a dash of salt. So simple, yet nothing seems to be as delicious lately as that burst of salt. 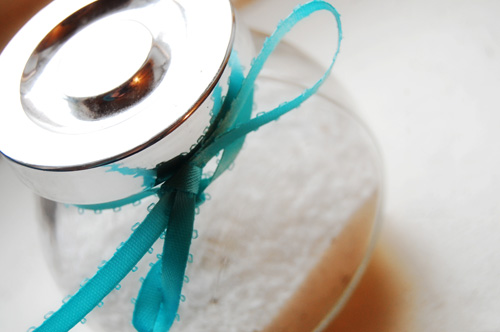 Today’s salt shout out goes to vanilla salt. A mixture of pure vanilla and kosher salt, this has already proved delicious on top of sugar cookies and salmon alike. I see a future for this on top of caramels, steaks, and (of course) toast. You’ll love it, as will anyone you decide to share it with this holiday season. 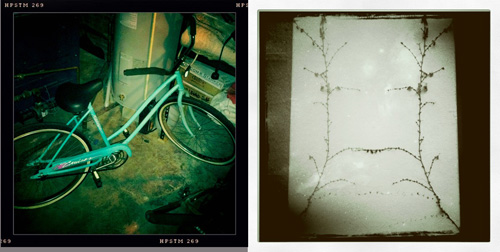 For Christmas this year Dan gave me a (beautiful) new bike(!) equipped with basket and bell! All it needs are fenders and I’ll be cruising in style. And a paint job. It has crackle paint on it.

Outside my love for salt (and other things that will ultimately kill me) I have some good news and some bad news. Or, depending on what day of the week it is, two exciting pieces of news. On the one hand, B&S was named one of the “Top Southern Style American Cuisine Blogs,” something that we found to be incredibly flattering. We’ve been getting a lot of incredible press lately and I can’t say thank you more sincerely. It means the world to me, especially on the bad days. The other hand, however, is the news that my iVillage column, From Arugula to Ziti, that has been published weekly in their Food News section since November of last year, has been cancelled. Something about budget cuts and the recession (and maybe the big sale to Comcast). I have mixed emotions about it. I’ve enjoyed writing it and it has been a great outlet for writing about the things that don’t fit on B&S. However, with all the little projects we’ve got going on it had begun to take its toll and I was a little relieved when I got the news. Plus, this will just allow a window to open for other, more exciting, activities. 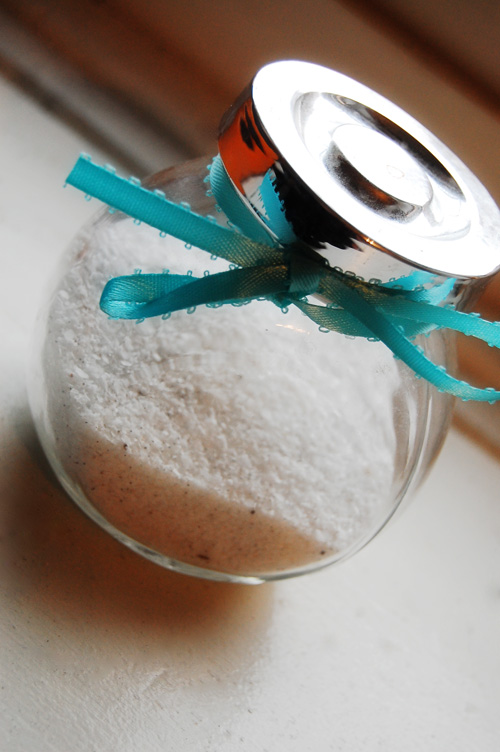 *Playstation has no idea who I am, they definitely neither sponsored this post nor gave me a free Playstation Move. But Dan and I are killing it in virtual bocce.

Scrape out the insides of one vanilla bean. Mix with salt. Store in an airtight container. Sprinkle on everything to add deliciousness.