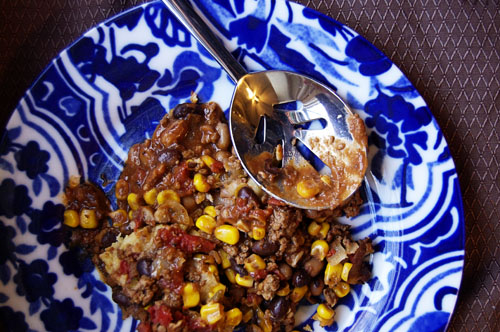 A few weeks ago when I announced this month o’ pie on twitter and the like I got a lot of feedback, requests, and suggestions.  My friend Mattie told me that she had just made a tamale pie– a chili pie with a cornbread crust.  Immediately I was hooked.  I’d been thinking of making a pie this month with a biscuit crust, but knew cornbread would be exactly what we wanted in the throws of late February (especially considering the unexpected snow). 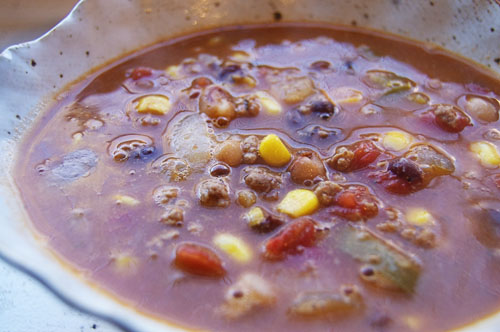 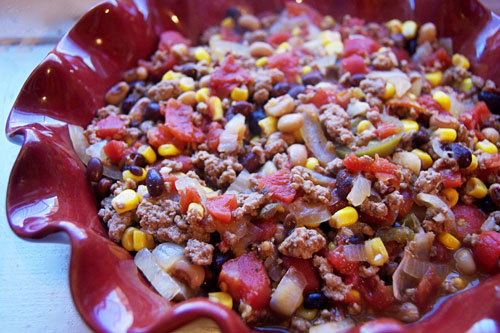 This pie was delicious, heartwarming, and completely welcome in this latest cold snap.  The recipe I’m providing is a little different from the one we tested.  Originally I had thought a bottom crust was in order, but instead of acting as the pie-like anchor I was hoping it would it really sucked up a lot of the moisture from the chili.  So no bottom crust.  And it’s obviously the dead of winter so I used frozen/preserved ingredients but I’ll be keeping this recipe in mind for a cold, rainy day in the fall.  With fresh jalapeños and tomatoes? Amazing! 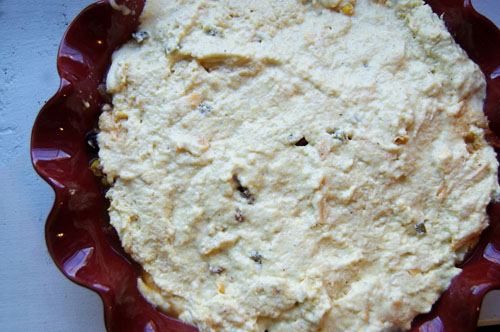 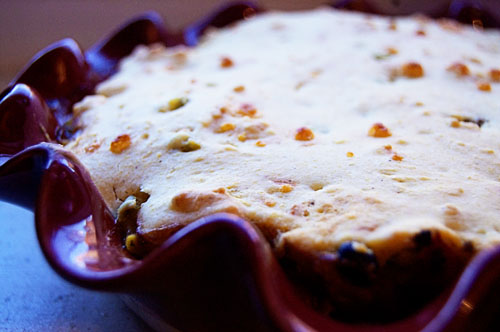 Begin by browning the beef.  Combine in a crock pot with all the remaining ingredients (including the juices from the beans/tomatoes).  Cook for 4 hours on low, tasting occasionally and adjusting the spices to your preference.

Scoop your filling into a large pie dish, stopping about 1 inch from the top.  Spread cornbread topping over the chili evenly.  Bake on 375 for 25 minutes.