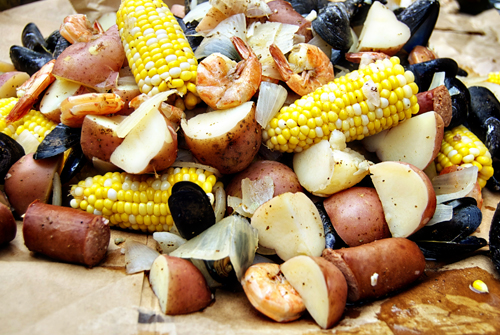 This past weekend we hosted a Seafood Boil in our backyard using my stepmom Maddie’s recipe for the Picnic Series.  A few dozen people stopped by over the course of the day bringing treats and smiles.  We ate, a lot, enjoyed the beautiful day, and discussed the moral dilemmas associated with the boiling of seafood. 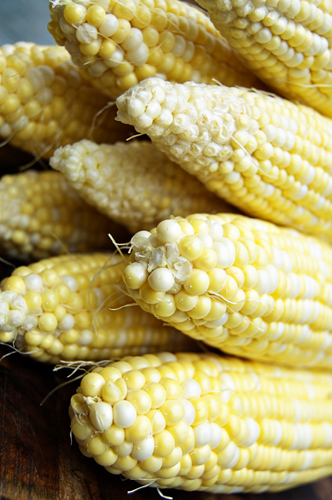 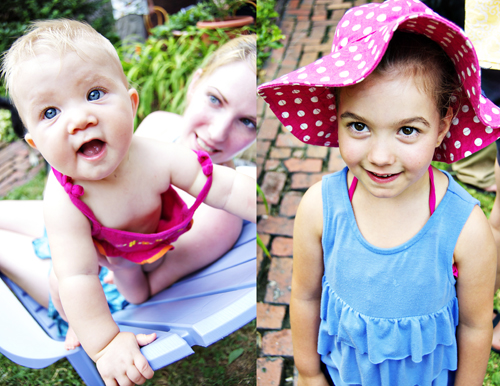 This seafood boil, which of course took place in our backyard (an embassy of North Carolina), was North Carolina style.  This means that we boiled corn, potatotes, onion, garlic, mussels, shrimp, and spices.  We did not boil crabs because my Maryland friends would have died. We also grilled two beer butt chickens, corn, and a catfish.  Then there was the frying, which came later.  Fried pickled okra is arguably the most delicious thing ever. 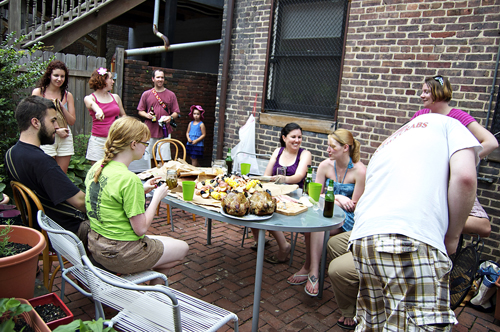 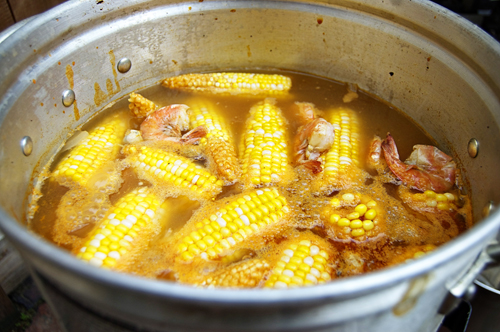 It was a great party.  The Turcottes came up from Virginia, old MICA friends met new Baltimore friends, our backyard was full of excited dogs, and I kept yelling things in an increasingly twangy accent.  Y’all should have heard the way I was pronouncing “boil” by the end of the night. 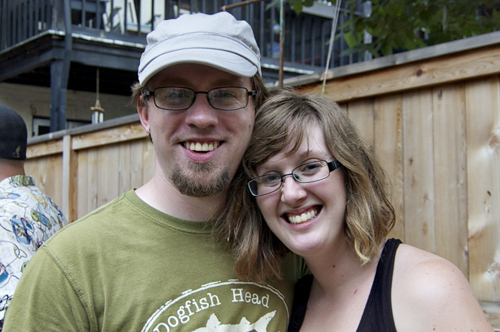 photo by the lovely Leah 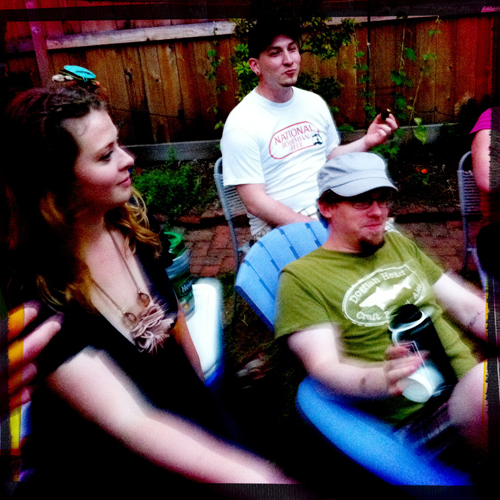 Seafood boils are a tradition we’ve started during our summer visits to Morehead.  They’re a great way to enjoy seafood with a large group and there’s something so fun about pouring all that food into the middle of the table and letting everyone dive in.  I can’t wait to do this again with my family in August.  Thanks to Dad and Maddie for sending the recipe (and check out my Dad’s section on b&s- Captain James Cooks)! 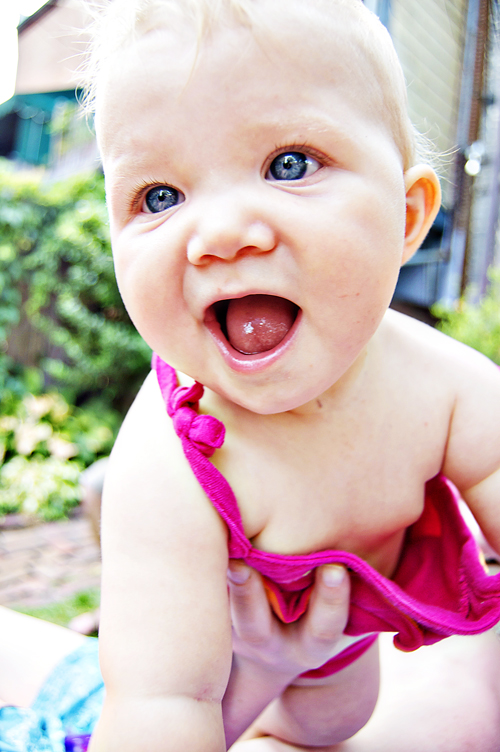 2 lemons cut in half for boil

Butter, salt and pepper for table

Clean the outer shell of the clams really well. Once the corn has cooked for about 10 mins, add the shrimpclams to the pot and 3-5 minutes later add the shrimp. Stir the shrimp around in the pot and let them cook for about two minutes or until they turn pink. Take the pot off the heat and drain the water off the sausage, potatoes, corn, clams and shrimp. Then dump the whole pot of goodies onto your picnic table covered with newspaper. Roll your sleeves up, add your favorite condiments and dig in. Serve with ice cold beer.