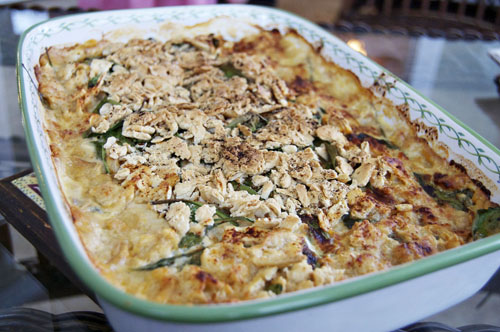 Like most everyone, I am the result of many different families, marriages, couplings.  Most recently I can trace my lineage back to four families, the Rosemonds, Waldrons, Fiorellos, and Ballengers.  This past Saturday was the Ballenger family Christmas party, my paternal grandmother’s family.  My grandmother, Bobbie, was the daughter of Stanley Ballenger and Flossie Caudell, and had a sister Nita and two brothers, Ted and Jimmy.  Dan and I don’t often have the opportunity to attend these gatherings because of the timing and distance but this year it happened to fall the day before my sister Genevieve’s graduation from UNC.  This lucky timing means that this Christmas we’ll be able to see every side of our family, which is completely wonderful. 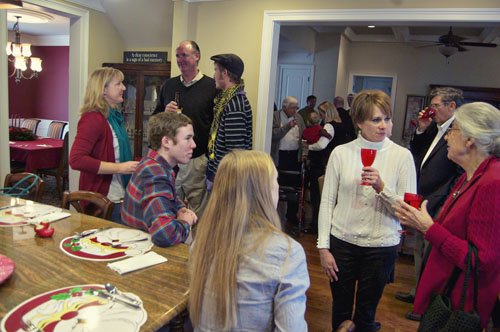 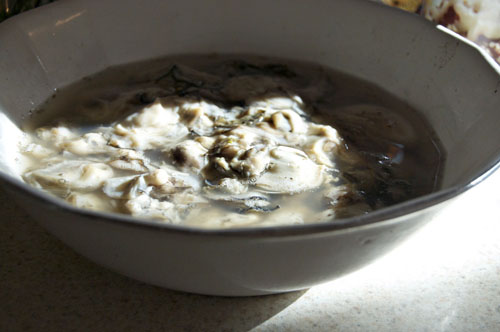 Over Thanksgiving my dad and I were talking about the Ballenger party and he mentioned that he very much wanted to recreate a recipe from my grandmother, Bobbie.  It was her mock oyster casserole recipe (also known as broccoli casserole), and he wanted to make it with real oysters.  We did some digging and recipe planning and decided that the morning of the party we’d wing it.  And that we did. 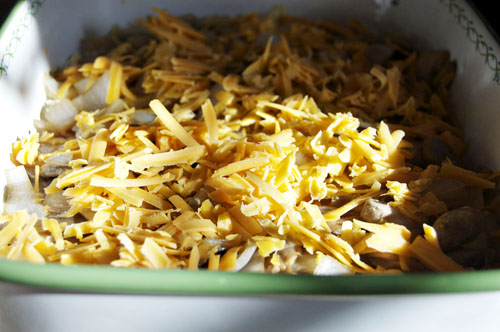 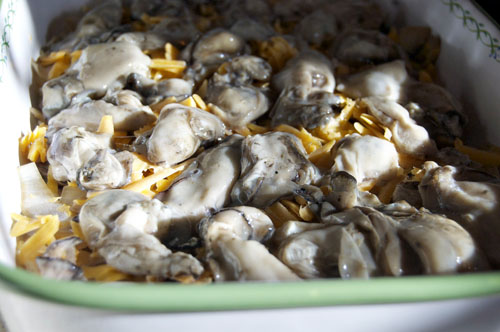 My dad loves to make fun of me because, it seems, over the years I’ve become that person that people ask for food advice.  Saturday was no exception.  As we were throwing the casserole together (and arguing about how to make it) I was reminded of how important food is to my family’s culture.  On all sides food is something to create and enjoy together.  It seems my blue eyes, firery personality, and two left feet aren’t the only things I inherited. 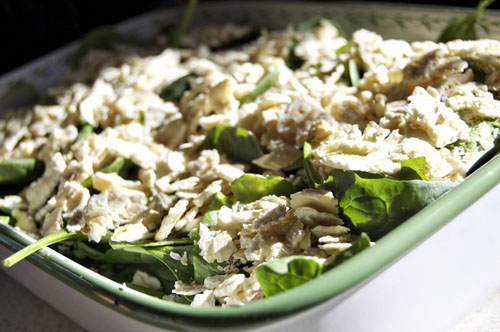 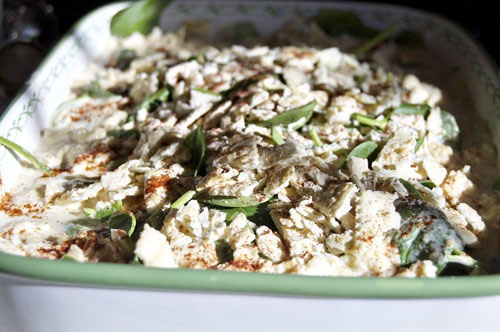 The recipe is pretty simple, we layered saltines, spinach, oysters, cheese, mushrooms and onions, and then poured a cream sauce over everything.  The end result was completely delicious, salty and full of flavor with just a little spice.  It’s not quite the broccoli casserole that inspired it, but it was a success. 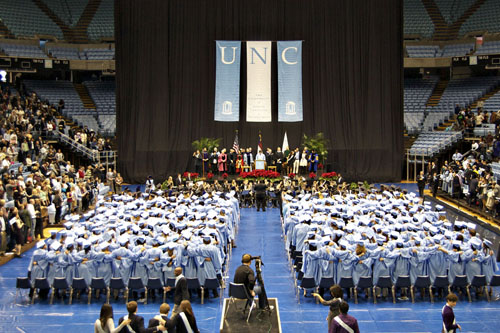 In other news, the real reason we were in NC this past weekend, Genevieve Ann Pigeon is officially a graduate of the University of North Carolina at Chapel Hill.  I may have bullied her in to attending her graduation, but she did it and she was beautiful and I am SO incredibly proud of her. 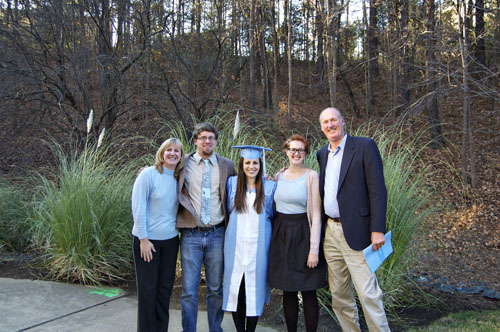 In just a week (December 27), she’s moving to Ireland.  I’m conflicted, both excited for her and wallowing in despair about not seeing her for a year.  The only solution, I think, is that we visit her. Get ready for it Gen! 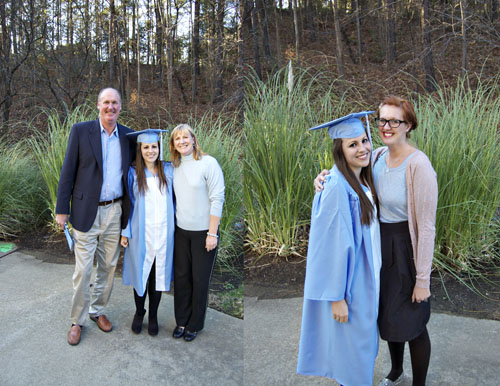 (I realize that this is not a cocktail recipe, and is in fact the second recipe I’ve posted this month that is not part of the month-of-cocktails promise I made. It was just too delicious and too perfect for the holiday table not to share it with you.  We’ll be back later this week with more beverages!)

Shuck your oysters and set them aside.

In a medium pot combine milk, cream, a sprinkle of salt, some of the oyster juice (the liquid the oysters are sitting in), a dash of paprika, tsp of worcestershire sauce, a tsp of hot sauce.  Once it is warm, stir in half of the cheese.  Bring almost to a boil, allowing it to thicken, then remove from heat.

Crumble saltines in a thin layer along the bottom of a large casserole dish.  Saute onions and mushrooms, diced, in butter, a tbsp of worcestershire sauce, and a tsp of hot sauce.  Scoop those into the dish on top of the saltines.  Add half of the shredded cheese.  Top with oysters. and spinach.

Crumble a second layer of saltines over the top so that there is a good crust.  Pour the cream mixture in, pouring around the edges so the crust is left mostly undisturbed.  Sprinkle with paprika. Bake at 400 for 30 minutes.