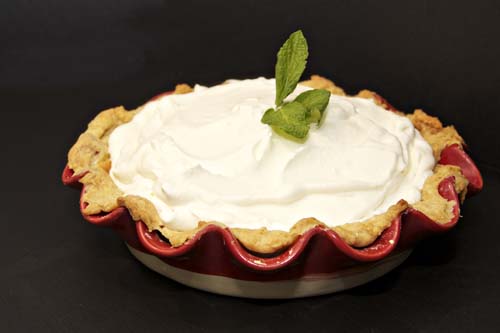 Here’s my problem with National Pie Month falling during the month of February- there isn’t any good fruit in season. National Pie Month should fall during a month when EVERYTHING is in season and ready to be pied. September, perhaps.  Any month when what is seasonally appropriate includes more than storage apples and nuts.  A month celebrating pie should allow for BERRIES and STONE FRUIT and everything that is FRESH. Not a month where in most of the nation is in deep frost.  It’s just silly. 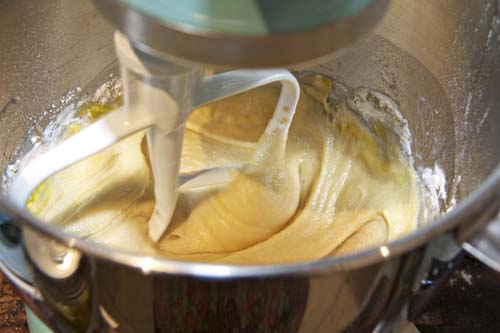 Early in the week I was thinking that I would make a winter banana pudding. I thought, I haven’t made that one yet, it’ll be a good one for pie month.  Until I remembered that I have made a winter banana pudding for the blog and it was perfect for pie month. Last year. And then I thought about all the pies I made last year and all the pies I could possibly make and then I felt hopeless because they are only so many mousses and chesses and fruit-less pies out there.  I fell into a pit of despair… until the mail came. 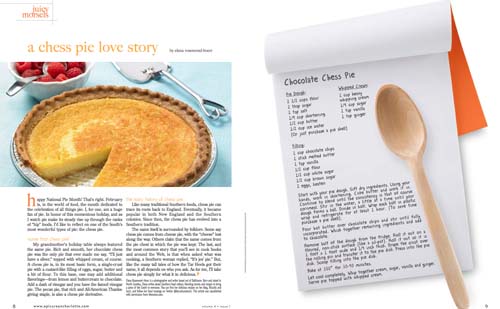 Sometime last year Epicurean Charlotte asked if they could use my Chocolate Chess pie and story in their magazine.  I gave them permission and then totally forgot about it, until a friend from Durham saw a copy and offered to mail it to me.  When it came in the mail yesterday I was so excited.  I pored over the two page spread until it finally struck me that they hadn’t used my photo of chocolate chess pie.  In fact, they hadn’t used a photo of chocolate chess at all.  It was a traditional white chess (vanilla/vinegar/lemon/lime/something).  And then I started thinking about lime chess.  And then I decided to make a lime chess pie with a rum crust and mint whipped cream- a mojito pie. 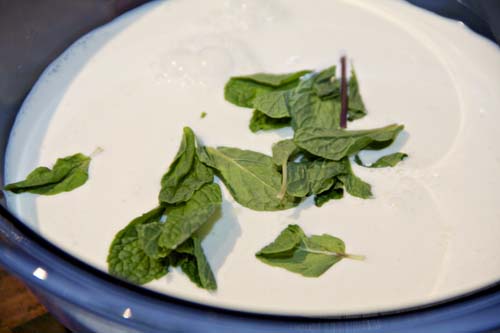 As it turns out, mojito pie is pretty delicious. It’s tangy and fresh, not unlike it’s cocktail namesake.  It’s not quite the blueberry peach pie I’m craving, but for February it’s pretty damn good.  And don’t worry, there’s plenty of time for fruit pies later this summer. 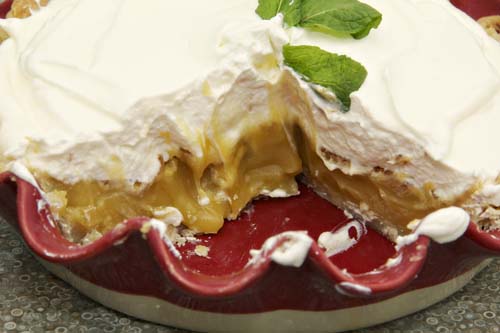 Begin by making your pie dough.  Mix together dry ingredients.  Using your hands, work in the shortening.  Cube the butter and cut that in, until the dough has the consistency of cornmeal. Pour in the rum.  Stir.  Add ice water, as needed, until the dough clings. Wrap and refrigerate for at least 1 hour.

To make the chess combine your dry ingredients.  Using an electric mixer, beat them together.  Add the eggs, one at a time.  Add the butter, melted.  Add in vanilla and lime juice.

Heat your oven to 325. Roll out your pie dough and press into pie dish.  Pour filling into the dish.  Bake for 45 minutes or until the pie is brown and mostly set.  If the center is still a bit wobbly, that’s fine.  Let cool.

While your pie is cooling, mash up the mint and soak it in the cream.  If, after 45 minutes or so, the cream is not as minty as you’d like, add a bit of extract.  A VERY small amount. You want the flavor to be subtle.  Remove the mint leaves and whip the cream until it holds stiff peaks.  Spread over pie top and refrigerate for 1 hour before serving.