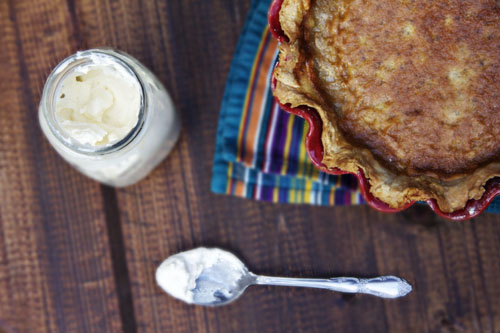 Last month a friend of ours was having a party, which means that I was left with the impossible task of deciding what kind of pie would be best to bring. We were coming off of National Pie Month, which meant that I was over cream pies; my brain was stuck. Nothing new was in season and out of desperation I asked what his favorite mixed drink was. A formula that had worked before, I hoped I could find something in his response. Chris’ favorite drink, it turns out, is a Jack and Coke. And that my friends, makes a pretty delicious pie. 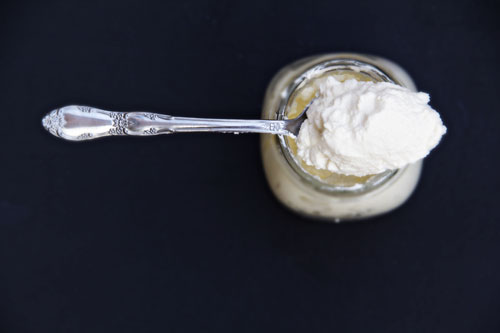 This pie was pretty simple- a coca cola chess with a Jack Daniels whipped cream. The chess is simple and traditional and the cream is potent. The combination is reminiscent of the drink but not overpowering. The feedback I got from those who actually drink whiskey was enthusiastic, so I whole heartedly recommend this combination. What other cocktails would you like to see as pie? 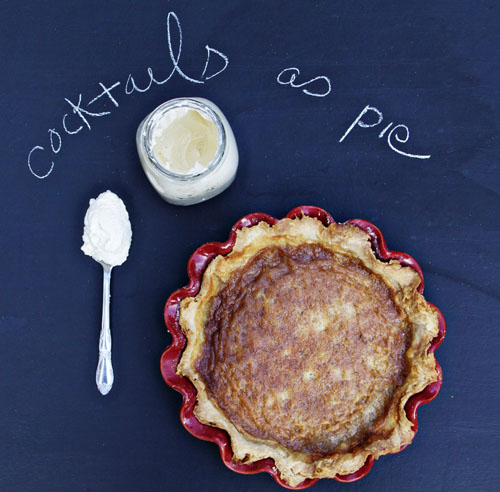 Begin by making your dough. Mix together all the dry ingredients. Work the shortening in. Cube the butter and work in with your hands until the mixture is the consistency of corn meal. Slowly stir in the water, a little at a time, until a ball forms. Wrap in plastic wrap and refrigerate for 1 hour.

To make your filling pour the cola into a medium sauce pan over low heat. Simmer until reduced by half– your goal is a syrup, approximately 1/3 a cup of liquid. In a mixer combine all filling dry ingredients. Add in eggs, one at a time. Add the butter, melted. Add in syrup. Add in vanilla.

Roll the dough out and press into a pie dish. Pour the filling into the center and bake at 350 for 40 minutes or until mostly firm. Remove from the oven and let set.

To make your whipped cream combine cream, sugar, and whiskey in a bowl. Whip on high speed for 3-5 minutes or until it holds a peak. Serve alongside pie.