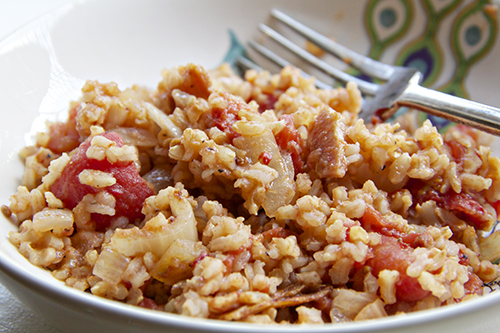 This past weekend Dan and I loaded into the car and headed the hour west to Sharpsburg, Maryland, for the 150th anniversary of the Battle of Antietam. Antietam, the bloodiest day of the Civil War, saw 23,000 casualties (defined as dead, wounded, or missing). It remains the bloodiest single day of war in American History. And we were there to see it reenacted. 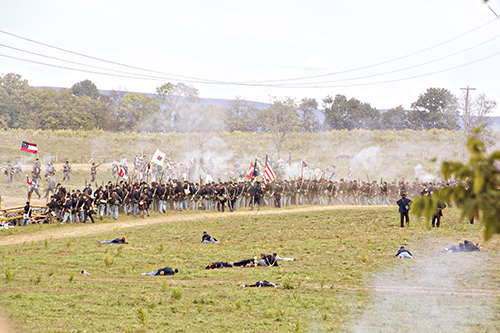 The reenactment was a first for both of us, and while it was fascinating and impressive to see, the reason we made the trek was because my cousin, Sean, was fighting. Sean is a Charlotte, NC resident who fights in the 88th New York Irish. He got into reenacting recently and, from what we could tell, loved it. The atmosphere was amazing, a mix between a group camping trip and a Renn Fest. Beyond the battle there were food vendors, people selling gear for the reenactors, souvenirs for the tourists, and actual Civil War era artifacts. It was impressive. I’m pretty sure after getting to hold Sean’s bayonet and seeing the camp site Dan is ready to sign up. 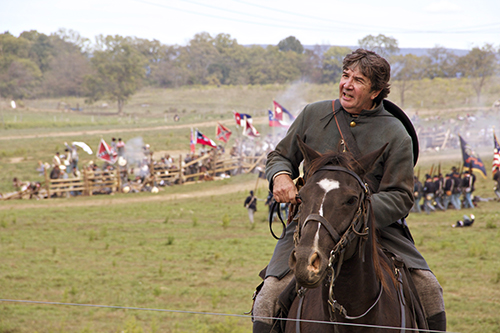 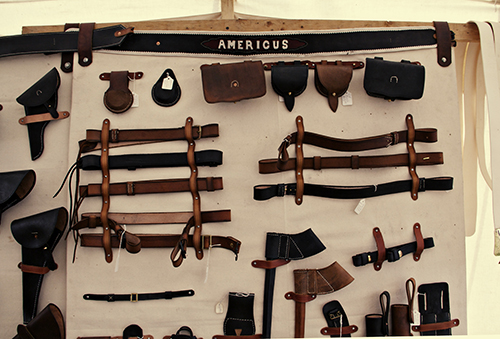 As a white Southerner I have very mixed feelings about the Civil War. I am fiercely proud of my heritage, but with that comes the understanding that we have to take responsibility for the events that occurred, and how those events have impacted today’s America. I disagree with the notion that we should just forget what happened, and why it happened, which is why I find reenacting so intriguing. It’s a wonderful way to teach and learn history. And while some argue that it glorifies war and the ideals around which the war was fought, I believe that it helps promote a deeper understanding of the people that fought in those bloody battles and their reasons for fighting. 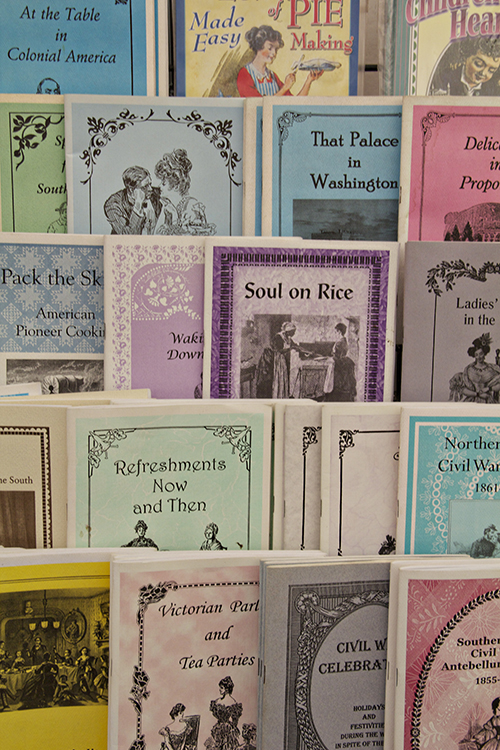 Coincidentally, a week earlier at my cousin Michael’s wedding, my cousin Mary (Sean’s wife) gave me a collection of Civil War era cookbooks. They ranged from Confederate Home Cooking to Soul on Rice: African Influences on American Cooking and I have loved going through them. Some are recipes I’m familiar with, others are so clearly made for war time or depression (like mock apple pie) it’s incredible. 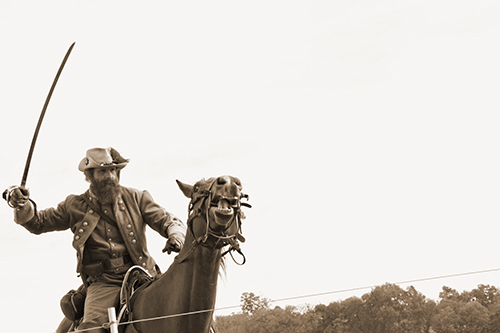 Last night I made a recipe from Confederate Home Cooking called “Carolina Red Rice.” The flavors were intensely familiar, reminding me of the tomato and rice dishes that Bobbie and my dad would make. Even Dan said that it tasted like childhood, an assortment of flavors so very American that it rang true for both Dan, the Pennsylvanian, and me, the Carolinian. 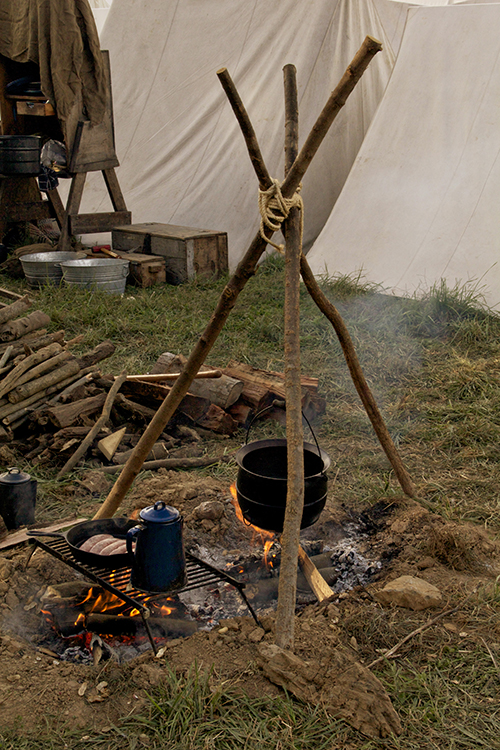 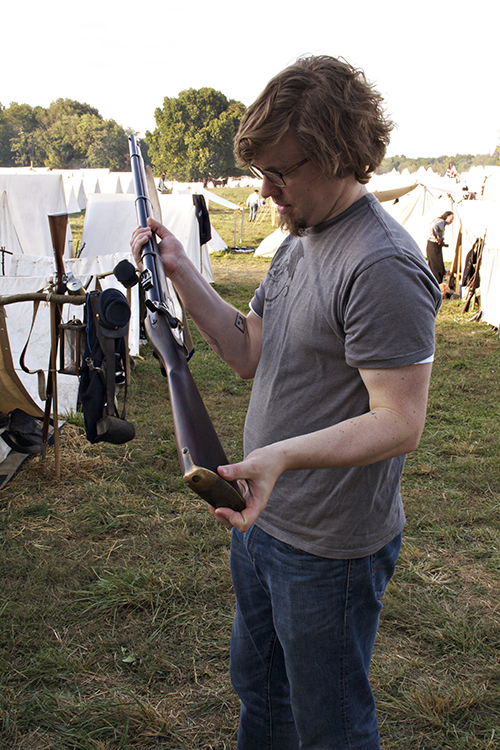 P.S. Lovers of Confederates in the Attic like myself will appreciate that while we were hanging out with Sean’s unit they TOTALLY described something as “farby.” And I died of excitement. 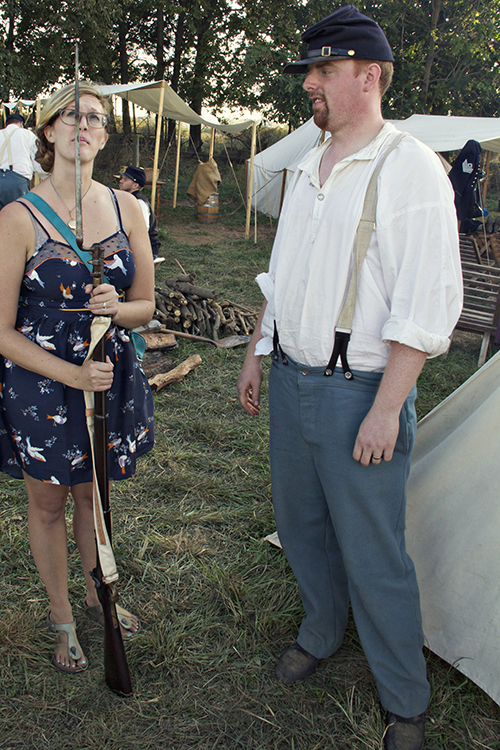 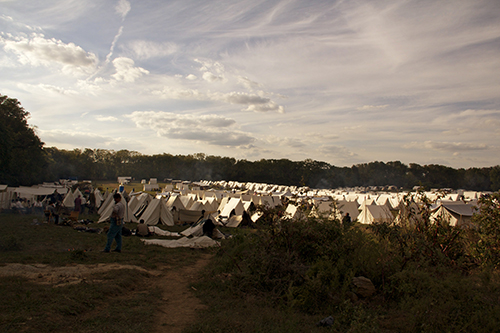 Cook your rice, set aside. Cook bacon in a skillet. Remove the bacon and crumble. Dice onions and cook in bacon fat. When they are tender, add tomatoes, rice, bacon, and spices. Break apart the tomatoes with a spoon and cook 30-35 minutes.