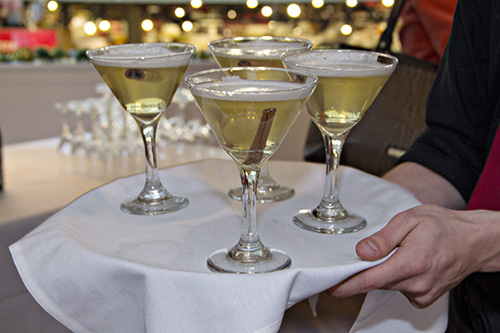 Last week while we were all home in Durham for the holidays we threw a bridal shower for my sister, Lauren, who is getting married in May. The shower was held at A Southern Season in Chapel Hill and was a wonderful gathering of friends and family to celebrate Lauren. Not to mention a super fun shower followed by an awesome after party. We know how to entertain in this family, if I do say so myself. 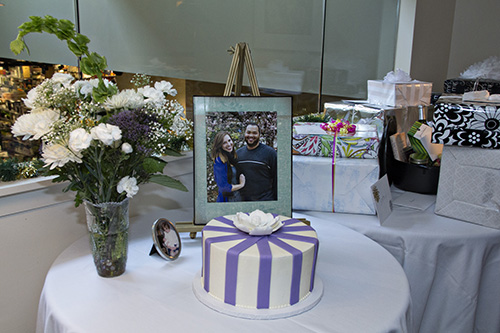 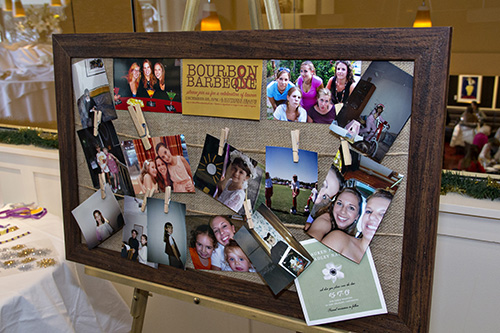 The theme of the shower was “Bourbon and Barbeque,” a play on the “Wine and Swine” theme that sounded delicious, appropriately Southern, and did not make people think the word “swine” at the same time they were thinking about a bride. We chose A Southern Season because it’s known for it’s impeccable taste, wonderful food, and atmosphere. Their restaurant, Weathervane, was incredibly accommodating and even agreed to make a signature bourbon cocktail for us- Sparkling Old Fashioneds. 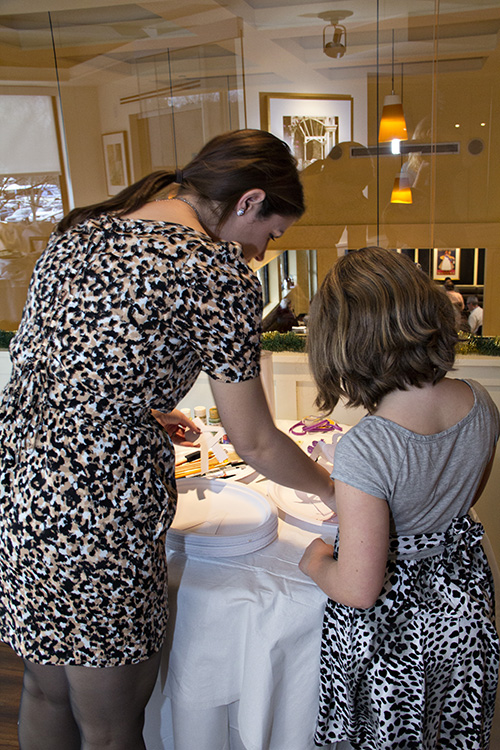 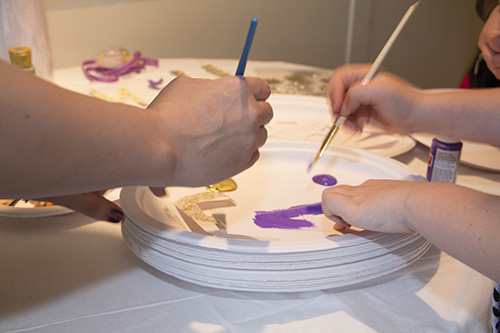 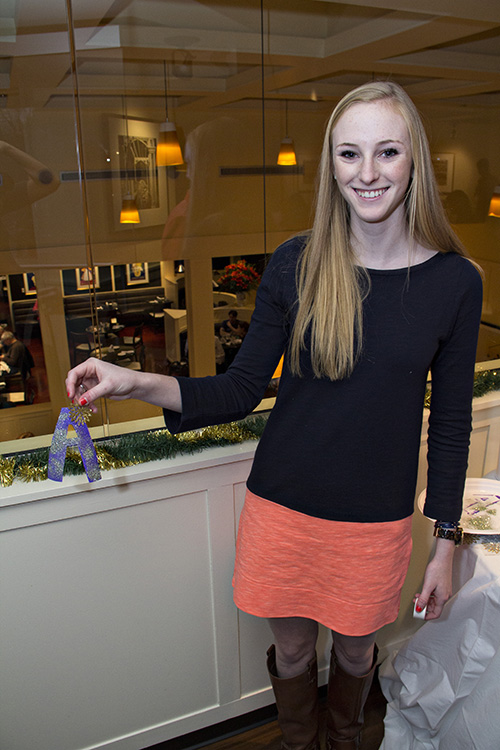 To be honest, this family has become old hats at the whole wedding game. Starting with my shower in May 2009 we’ve had at least one family wedding a year, if not two. We ya-ya’s went into planning Lauren’s shower knowing we wanted it to be something special, different from those we’ve thrown, but with all the flair and sophistication we could muster (and all the knowledge we’ve gained in the past few years). We settled on two activities, the first being a banner decorating station where guests wrote a note to Lauren and her fiance, Bradley, on the back and then decorated the front of letters that spelled out “Lauren & Bradley May 17, 2013.” It turned out beautifully and will hopefully be a momento that they can hang in their home (after we roll it out for a few more wedding events, of course). 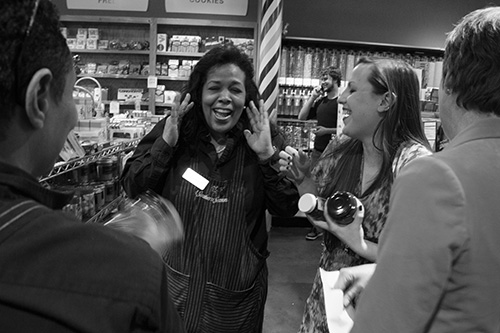 The second activity was a game that MaryCatherine came up with, a shopping game that took advantage of our location. Guests were split randomly into teams and each team had to shop for a present at A Southern Season that fit the theme they were assigned. The themes ranged from “something in the wedding colors” to “a food Bradley has never tried.” I shadowed my sister Genevieve and my Aunt Lori whose theme was “something for the honeymoon.” The above picture is one of my favorites, ever, where the women helping us in the shop realized why we were asking where the chocolate sauce was located. Then, after all the presents were gathered on a table, Lauren guessed which presents went with which theme. She was 10 for 10. It was, I have to say, a great game. 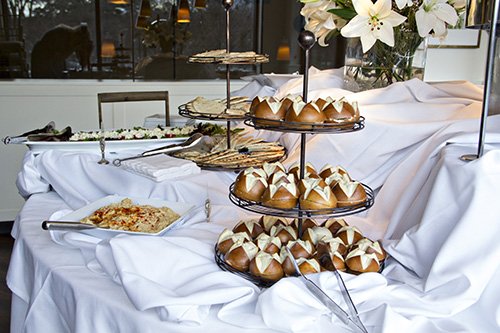 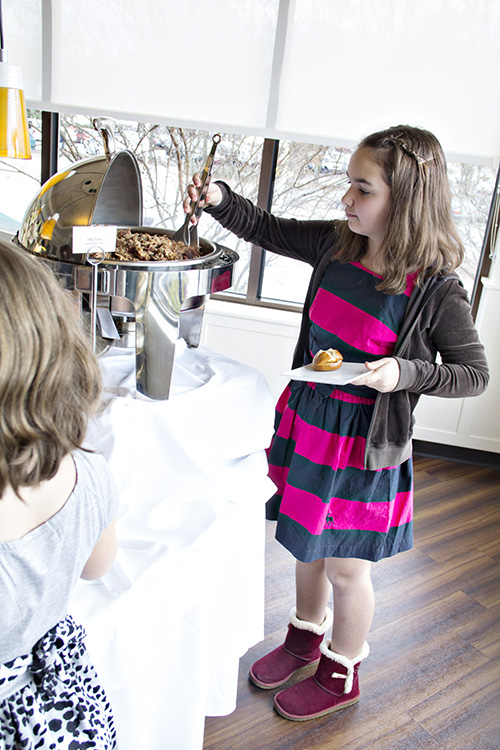 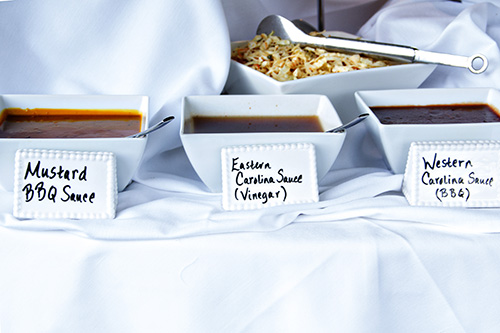 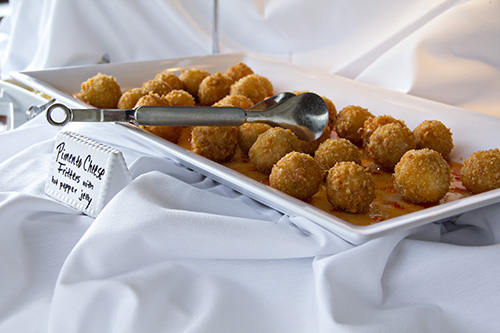 The food was amazing. Going with the theme we had barbeque sliders on pretzel rolls with cole slaw. They provided three regional sauces- Eastern NC’s vinegar sauce, Western NC’s tomato and vinegar sauce, and SC’s mustard based sauce. We also had vegetarian eggrolls, stuffed tomatoes, fried pimento cheese balls (these were HEAVEN), and a fruit plate. Followed by the amazing chocolate cake and paired with the bourbon cocktails? Incredible. We couldn’t have asked for better food. 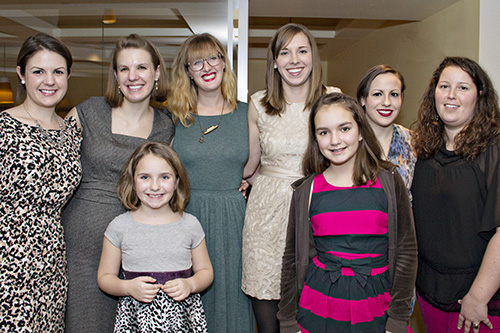 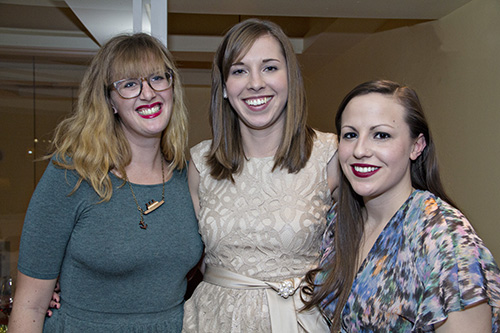 In the end I think we pulled off something really special for Lauren, and I think she was happy and felt loved. I cannot wait for her wedding in May and I am so thrilled to call Bradley my brother. 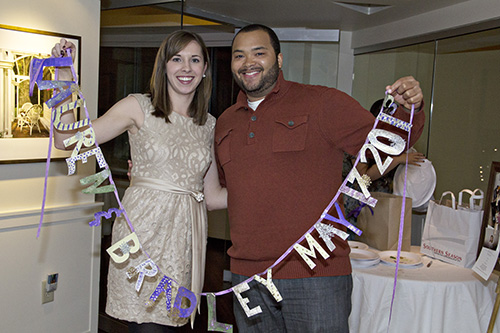 In a large glass measuring cup, combine the bourbon, cinnamon stick, allspice and nutmeg; let stand overnight or for up to 24 hours. Strain out the spices and discard. Stir in the cider and lemon juice. Garnish with the lemon peel.