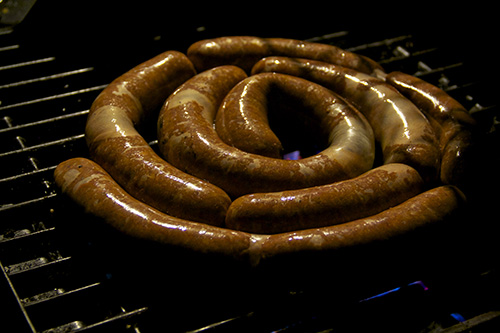 One of the many things I love about Dan is that he is a learner. He’s always on the hunt for a new hobby, a new skill, a new tool to add to his belt. It’s a personality trait that comes in handy in his line of work, but it’s also something that comes in handy at home. Quite a bit, actually. His years dabbling in construction make home improvement projects a breeze. Homebrewing has been a delicious venture and his most recent charcuterie kick is proving boundless in its benefits. Homemade bacon? Yes please! Chorizo? Do you even have to ask?! He’s planning on starting to smoke cheeses and it’s making me wonder- can I marry him again? 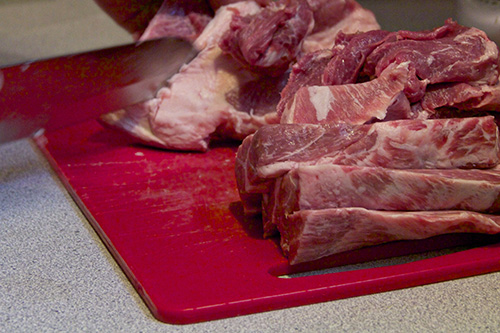 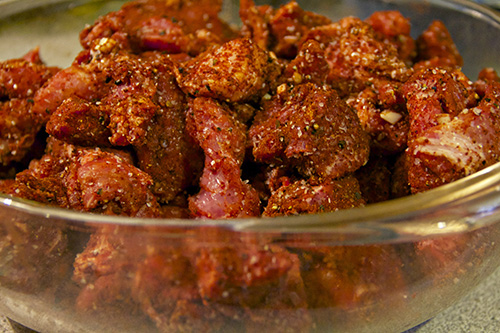 Last month when Rachael and Alex were visiting he picked up a pork shoulder and tried his hand at Michael Ruhlman’s Mexican chorizo recipe. It was fantastic. I mean, everyone loves chorizo (how could you not) but this was all the more wonderful and delicious because we’d made it. Or, Dan and Alex made it and Rachael and I ate queso and encouraged them. We’re very supportive. 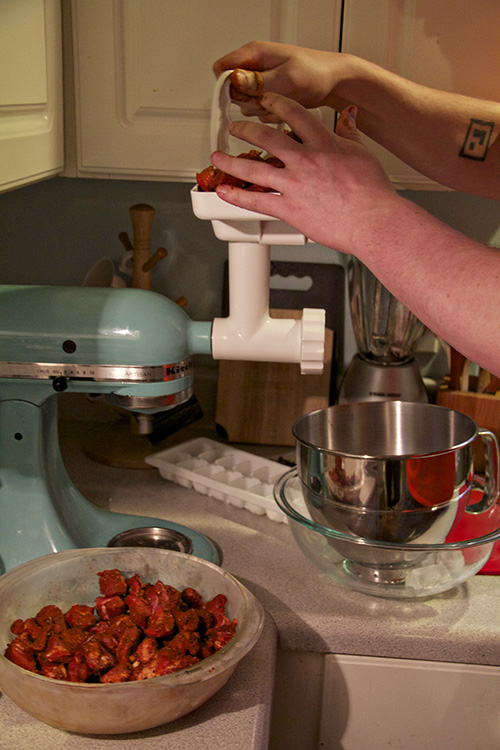 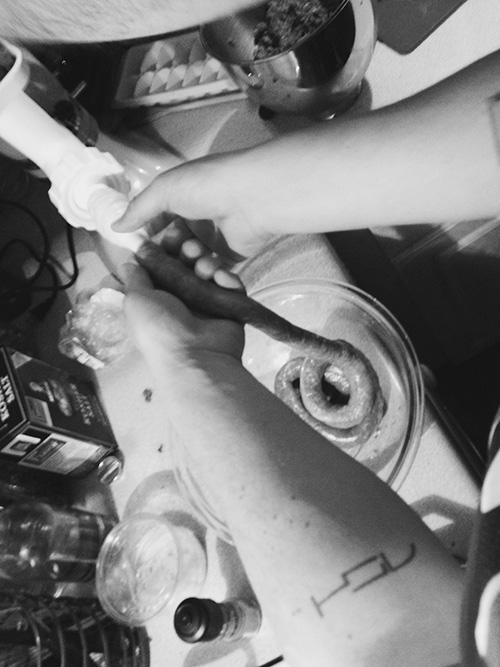 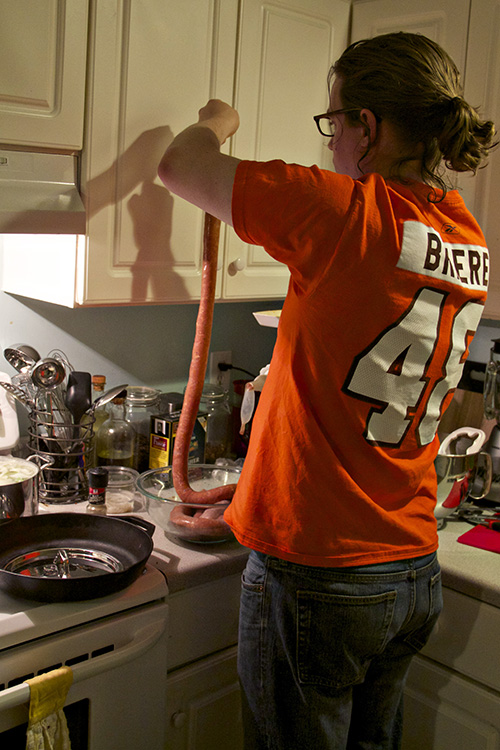 Have y’all dabbled in charcuterie? I was so inspired by Mrs. Wheelbarrow during Charcutepalooza but we were too limited with our space to participate. Now that we have a big kitchen and a mudroom for curing and fermenting, we’re diving in feet first. Duck confit here we come! 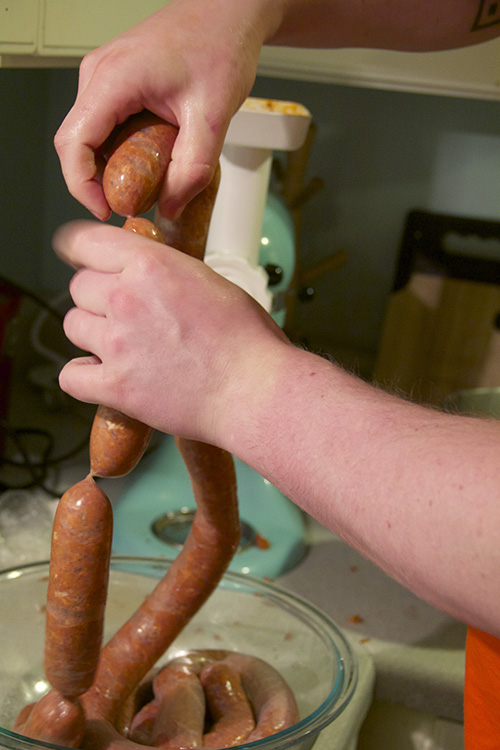 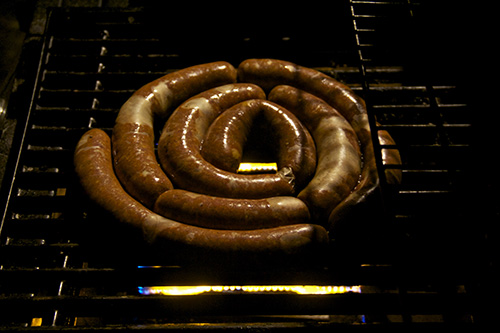 Cube your pork. Toss in spice mix. Chill until ready to grind. Run through meat grinder (we used the sausage making attachment for our Kitchen Aid) using the small die. Set on ice to chill. Add tequila and vinegar and mix until well incorporated with the paddle attachment.

Traditionally chorizo is served loose but because we were eager to use our stuffer we went a bit further and put it into casings. Using the sausage stuffer attachments and casings we picked up from the butcher Dan stuffed and portioned the chorizo into a four (ish) foot length. We then threw it on the grill in its entirety and served it up with hot sauce on fresh baguettes. It was heaven.