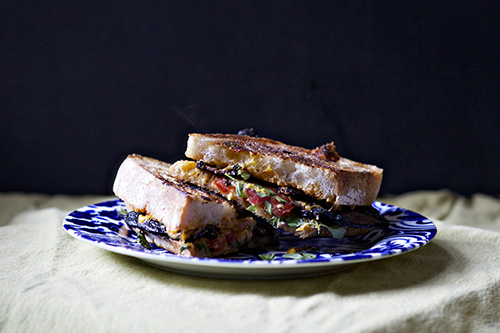 When I started this series creating recipes that represented each of North Carolina’s 100 counties, I always knew that Durham would be the most difficult. As a Durham native who has been living outside of the 919 for almost 10 years, I didn’t know where to start. Do I make a burrito in honor of the many afternoons and late nights spent at Cosmic? Do I honor the fried chicken sandwich at Shrimp Boat, a sandwich I regularly have dreams about? Is it even a post about Durham without a nod to the late great Magnolia Grill? Or should I write about the new restaurants and eateries popping up on the Durham food scene, like Scratch or Mateo? The directions feel endless. 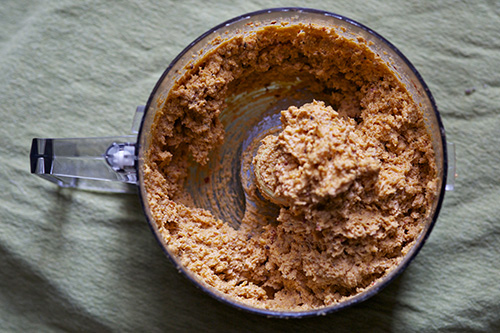 Thankfully, my friends at the Durham Convention and Visitors Bureau were there to help me see my home county through objective eyes. They suggested I stop into Parker and Otis. Immediately I was all, “Duh.” As an alum of Durham School of the Arts, I spent a lot of time frequenting the restaurants in the Brightleaf Square area. Parker and Otis is a stone’s throw away from the school and has been a favorite hangout since it opened many years ago. It’s a favorite place to meet friends and family for coffee, meals, shopping; and it’s a place where I always run into someone that I love. Their food is incredible: Southern, quirky, homemade, and delicious – perfect to represent Durham. 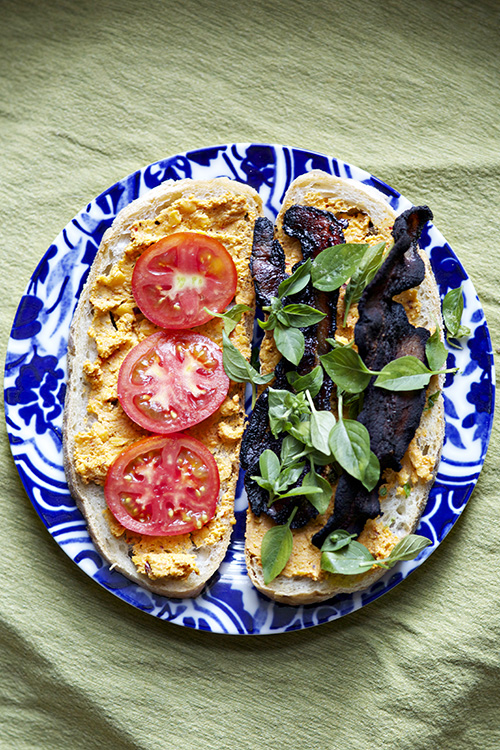 Dan and I both love the grilled pimento cheese with bacon, something that immediately came to mind when I started noodling on what to cook for the blog. I adapted their recipe slightly, adding fresh tomatoes and basil. It turned out to be out of this world. The cheese melts and binds together all the flavors and textures, creating a sandwich that hits it out of the Durham Bulls Park. I originally made this sandwich in the fall when my counters were still bursting with tomatoes, but it’s just about now (in the dregs of February) that this sandwich, made with some local hydroponic tomatoes (I found some and they were heavenly!) or pickled green tomatoes and basil from the plant in my living room, hits the spot exactly. 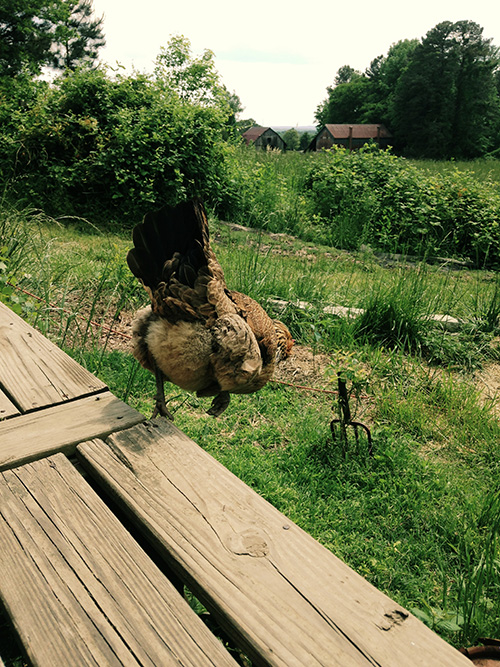 It’s hard to express what it means to me to be a native of Durham, especially these past few years. Growing up it often felt like Durham had been abandoned in a different era, a more prosperous era. Its story is one that is common throughout America- it was heavily impacted by industrialization, negative race relations, white flight, the fall of the tobacco industry, the destruction of thriving cultural hubs in the name of “progress.”. During my formative years it felt like Durham was having an identity crisis; being from Durham carried the weight of the feeling that your town was always fighting to be seen, to be heard, to be valued. But  recently it seems as though that underdog spirit is what allowed it to pull itself up and push forward into the amazing place it is becoming. Durham is experiencing a renaissance. 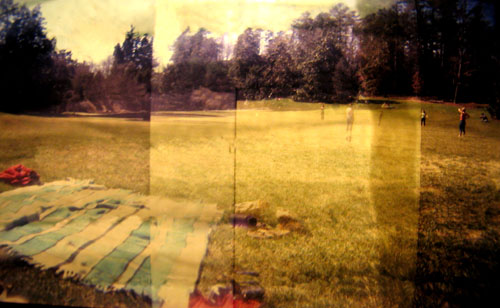 When I was a senior in high school my friend Julia and I did a photography project where we documented downtown Durham. More than anything, it felt like we were photographing a ghost town. Today, ten years later, a trip down Main Street feels like a completely different world. There are new restaurants and businesses opening up in spaces that were vacant for years. Instead of continuing to sprawl towards Apex people are coming back downtown, reinvesting themselves in the heart of the community. James Beard nominated restaurants are opening, local urban farms (including my brother’s farm, Sol Patch) are cropping up all over town, young graduates from some of the best universities are choosing to stay in the area, Durhammites are making the choice to return to Durham, to be a part of something great. It’s exciting to watch the town that I love grace the pages of the New York Times touted as an amazing place to visit and live. It makes me proud, as proud as ever, to claim Durham as my own. 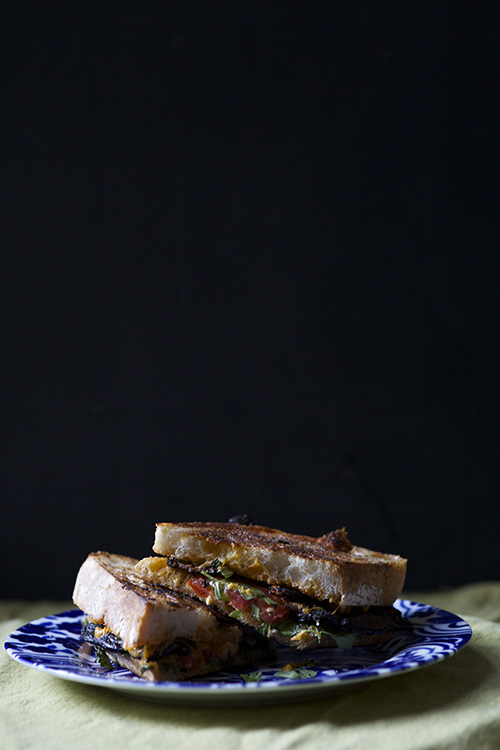 Dice the pimentos and toss in olive oil. Roast for 20 minutes or until tender at 425. In a food processor combine cheese, mayo, red peppers, and spices. Pulse until combined, adding more mayo as necessary until pimento cheese is smooth. Cook bacon and set aside. Drain off most of the drippings, leaving some in the pan. Smear each piece of bread with cheese and layer bacon, sliced tomatoes, and basil on each sandwich. Assemble sandwiches and cook in bacon drippings for 2-3 minutes per side. Serve hot.