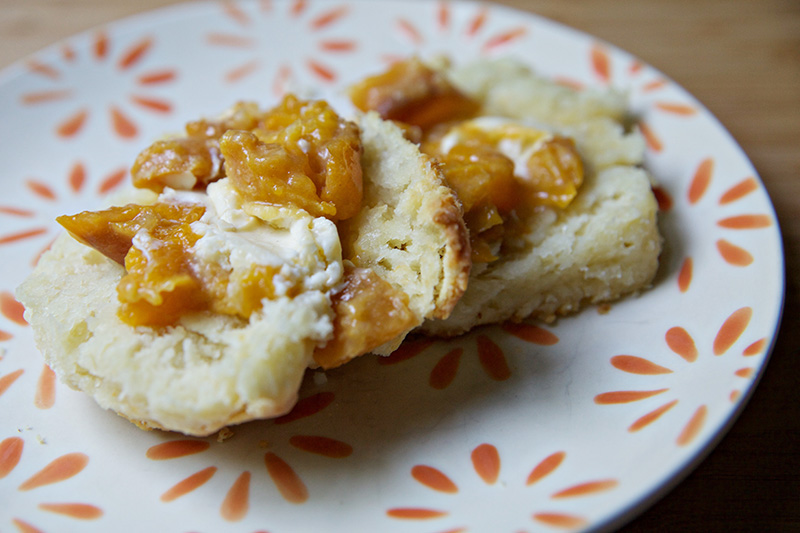 A few weeks ago I had the pleasure of cooking for two (sold out!) dinners at Greenlands Farm in Bolivia, NC. It was the second of these Farm to Fork dinners (or even better, Field to Frying Pan) I’ve done with Greenlands this year, and it was a really busy but also really amazing weekend. 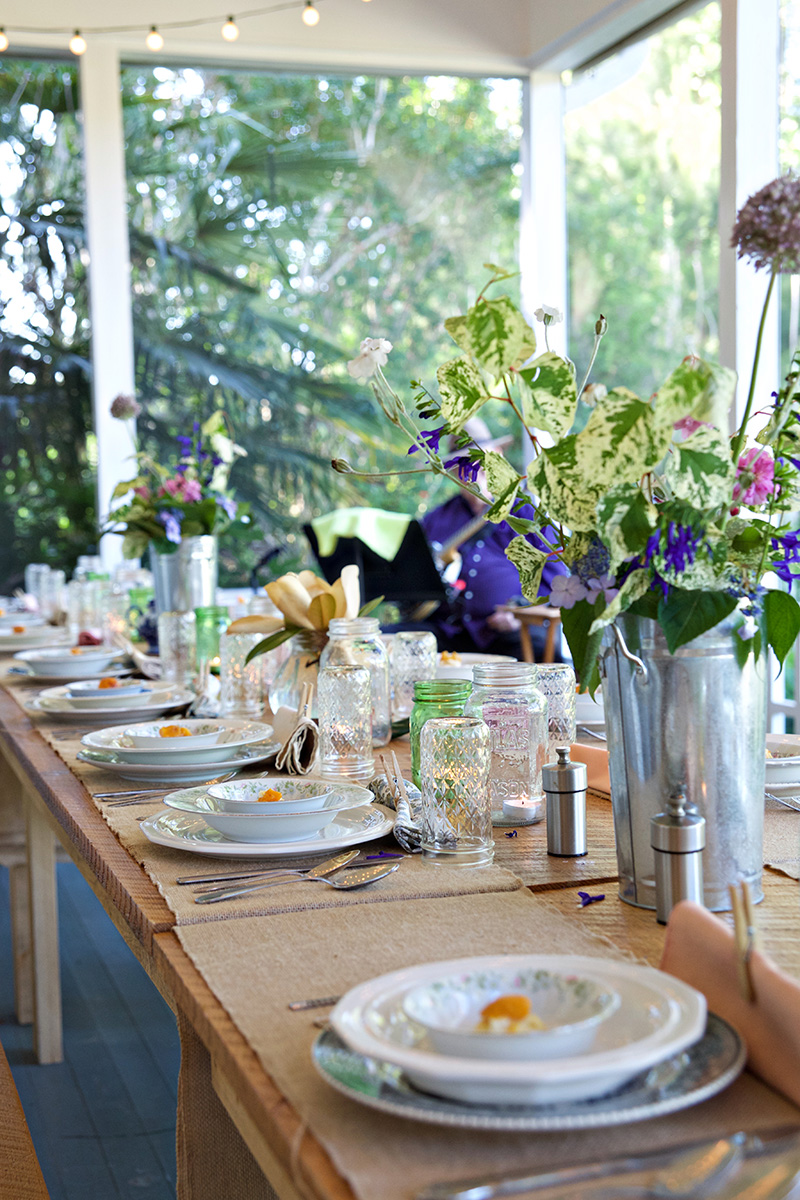 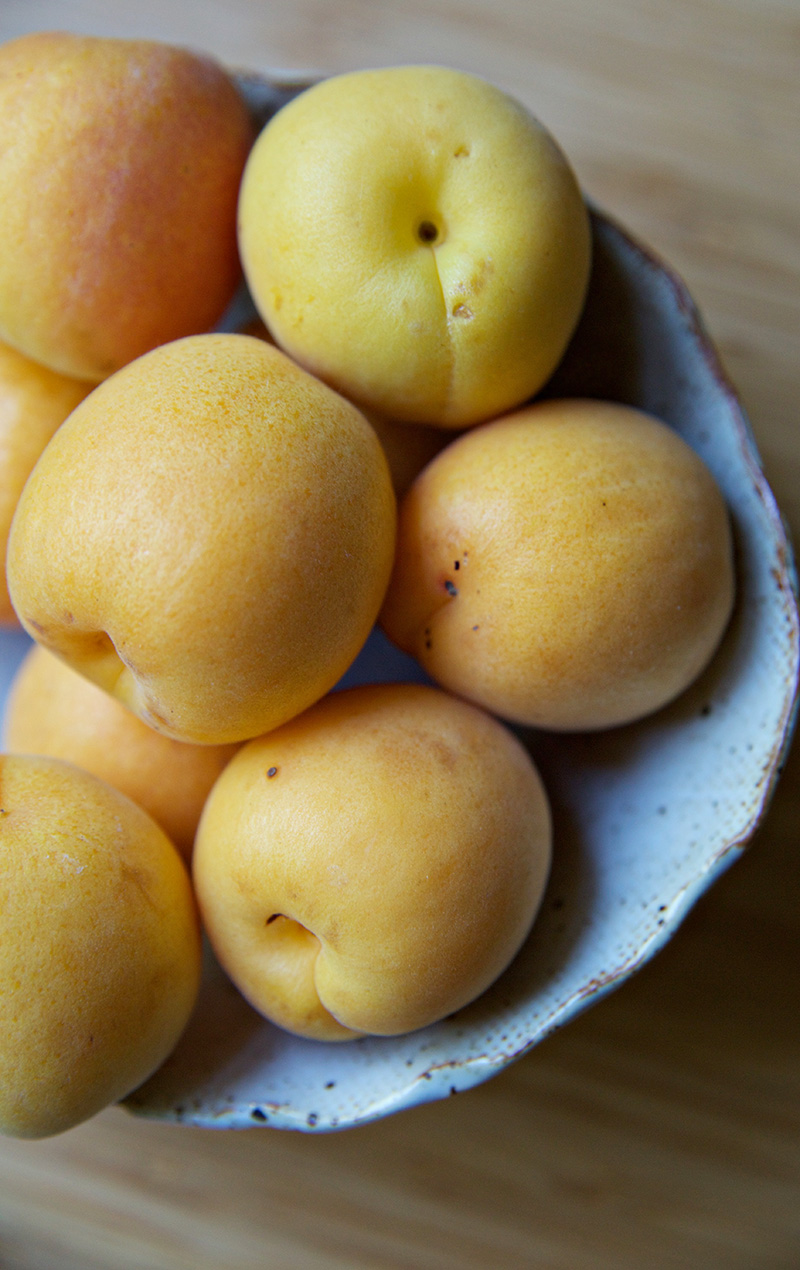 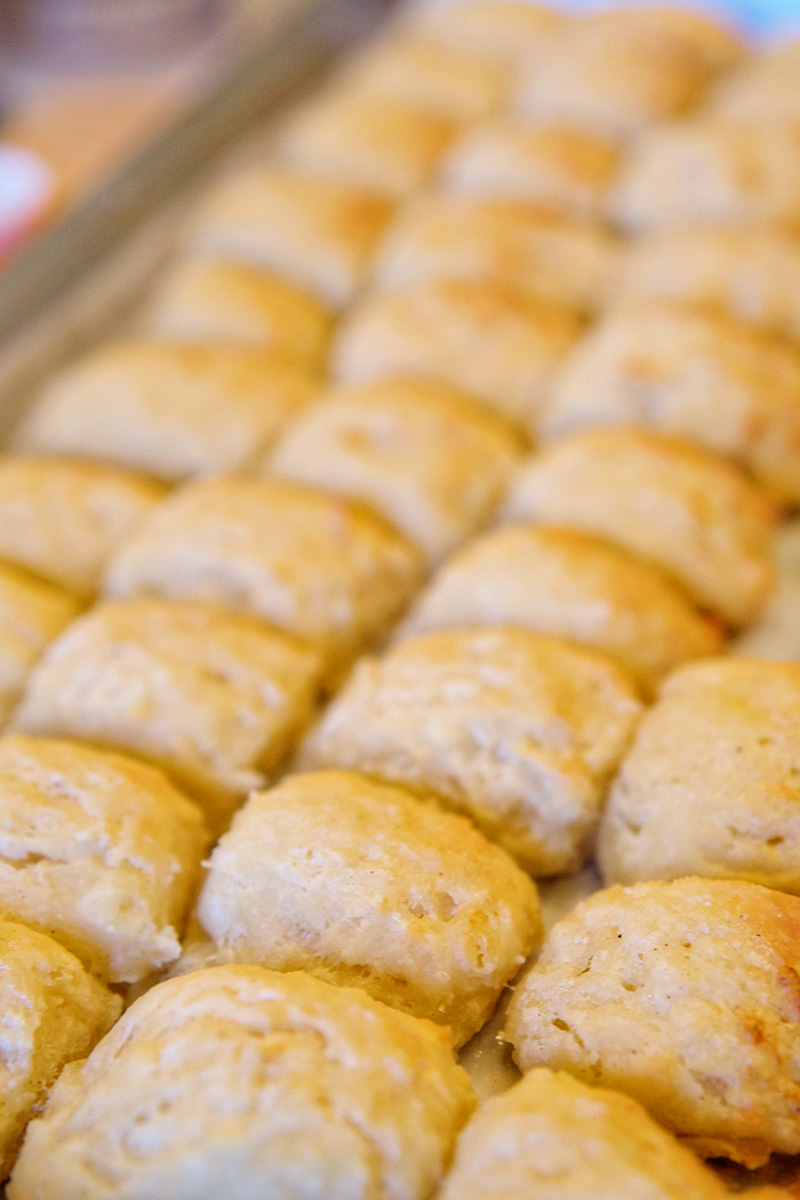 The week before the dinner I had reshared an old post on the B&S Facebook page– my method for honeysuckle butter. Maud, of Greenlands, emailed me when she saw it and asked if we could work a little honeysuckle butter onto the menu. So, we went honeysuckle foraging! 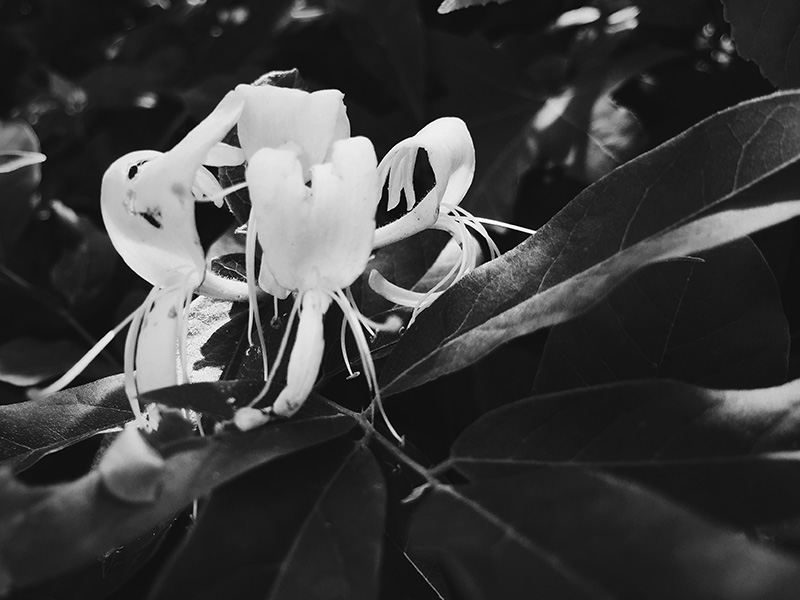 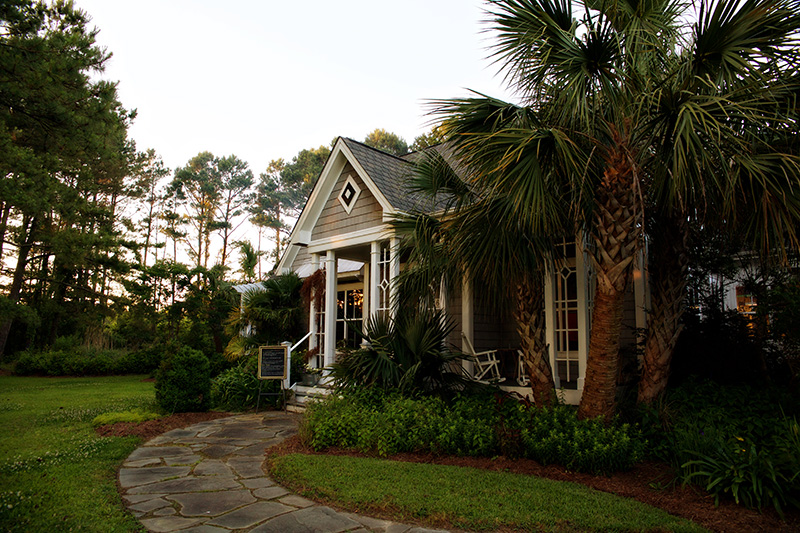 While the honeysuckle butter was the star of the show, the world isn’t quite ready yet to be served just a spoonful of butter as a course (we’ll get there). Thankfully Heather, the owner of Greenlands, makes her own goat buttermilk, so the answer was obvious. I made a big batch of buttermilk biscuits and topped it all off with caramelized apricots. 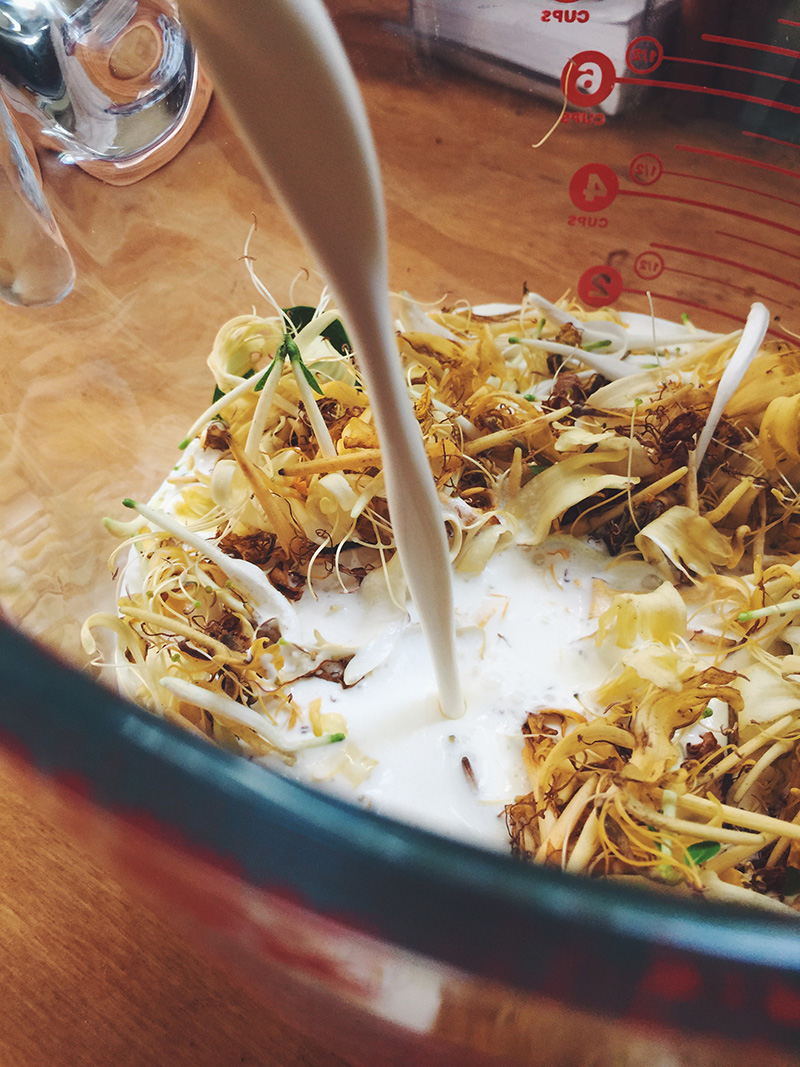 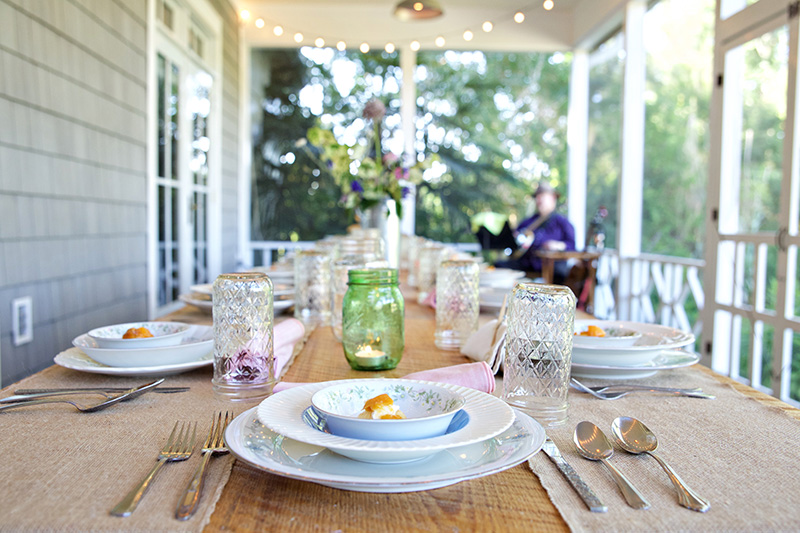 These dinners are so surreal for me because I never in my life could have predicted that one day I would find myself cooking five course meals for dozens of people who paid (!) to eat the food I made. I probably could have told you that one day I’d shake a half gallon of cream into butter in patterned leggings to the sweet sweet tunes of Harry Belafonte. That’s much more believable. 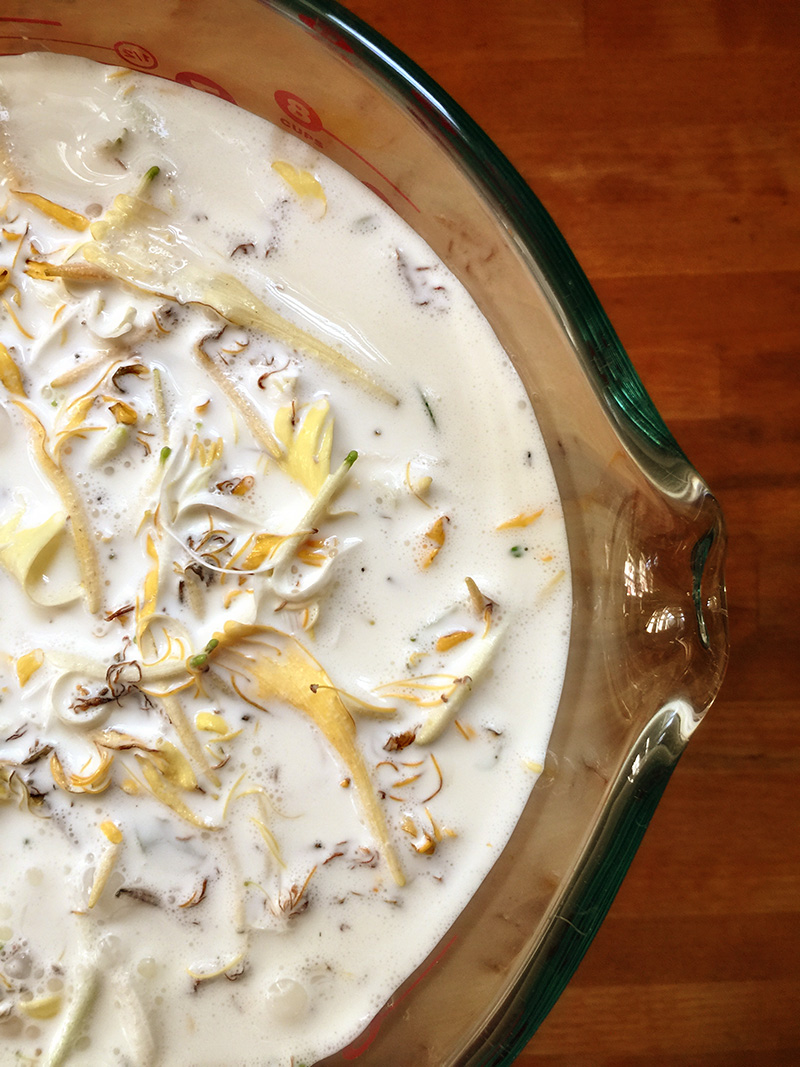 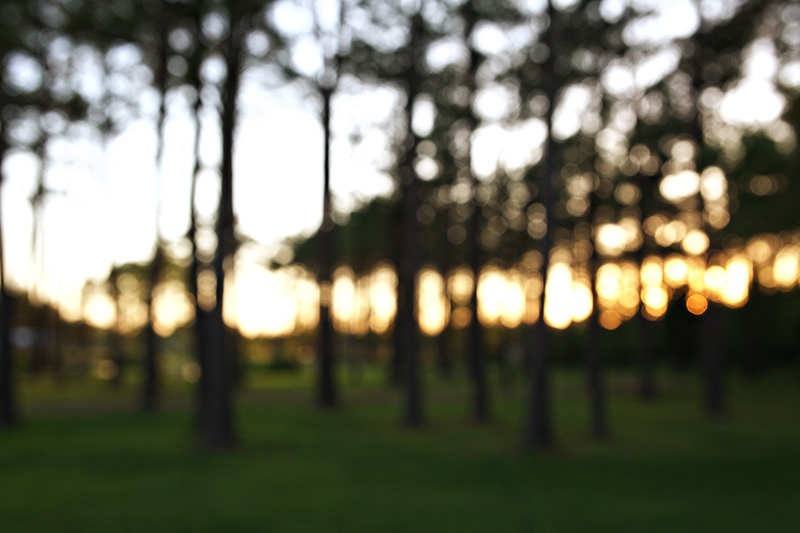 to make the honeysuckle butter:

In a medium sized bowl or jar, combine flowers and cream. Cover and let soak overnight. Strain the cream and discard the flowers. Add cinnamon.

Pour your cream into a mason jar. It should be filled no more than 3/4 of the way. Nestle yourself into a comfortable position and turn the butter. Rotate the jar, back and forth, flipping it over and over, for approximately 20-30 minutes. The cream will evolve from liquid to solid, getting steadily thicker. When it has clumped together into a thick ball and the solids have separated out, you’re done. Use a metal strainer to extract the excess liquid, and refrigerate. It will firm up as it chills.

to make the apricots:

Core and cube the apricots. Melt butter in a pan over medium-low heat. Cook until tender, stirring occasionally, 20-25 minutes.

to make the biscuits:

Heat oven to 425F. Mix together dry ingredients. Cube butter and work in with your hands, breaking the butter up into small pieces and mixing in with the dry ingredients, until the texture resembles cornmeal. Stir in the buttermilk. Transfer to a floured surface and press into a rectangle. Fold on itself and pat into a rectangle. Repeat three or four times, finishing with a large rectangle of dough that is 1″ thick. Cut into 1″ squares and transfer to a lined baking sheet. Brush tops with melted honeysuckle butter and bake for 15-18 minutes or until golden brown.

Top the biscuits with a dollop of butter and a spoonful of apricots. Serve hot.