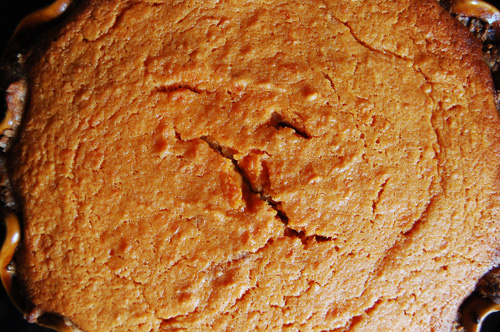 Usually, I don’t make sweet potato pies.  Though they’re not the same as pumpkin, they’re similar enough that I don’t usually feel the need to make both.  But since I took on the (insane) task of making seventy plus cup pies to bring home for Christmas, I decided to mix it up.  And since sweet potato has a different flavor and texture than pumpkin, I figured doing both would allow some variety. 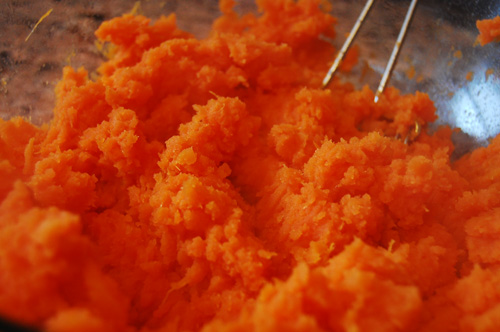 Sweet potato pie is similar in technique to pumpkin pie.  There are different spices, and I prefer mashed sweet potatoes instead of pureed, but the ingredients are similar.  It’s a pretty delicious pie.  I like a little brown sugar in it, as well as some cinnamon and vanilla.  It has no pecans in it, and besides that it resembles sweet potato casserole in flavor profile. 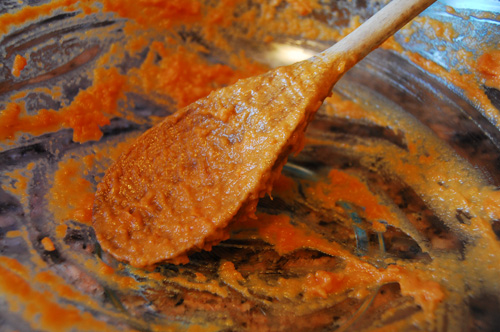 If you are a marshmallow person when it comes to sweet potatoes, you could add some into the mashed potatoes.  I personally do not like marshmallows in my pies or casseroles, but it acts the same as cheese in a pear pie, it gives some creaminess and a little goo that isn’t there with just the potatoes. 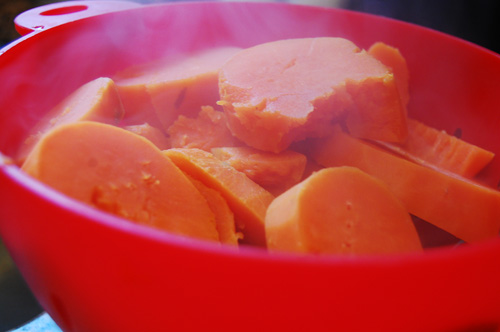 Peel, chop, boil, and mash your potatoes.  Set aside.  Beat eggs.  Add in sugar and vanilla.  Stir in heavy cream.  Slowly add potatoes to this mixture.