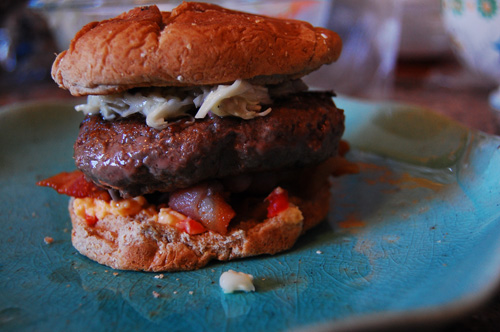 There are only a few foods that I am very emotionally attached to, and as I’m sure you realized this week, pimento cheese is one of those foods.  But, as I mentioned, I’m a bit of a purist when it comes to pimento cheese, and so in approaching today’s recipe, I had to take a very liberal interpretation of what was suggested.  A lot of times (outside of baking) a recipe is really just that… a suggestion. 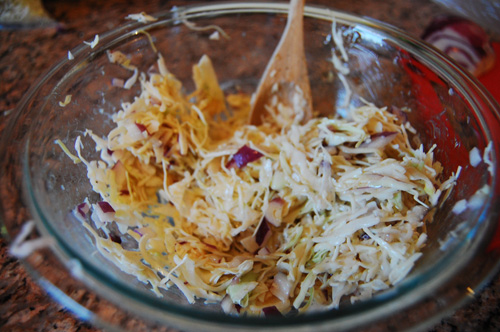 This recipe is from a Food Network Challenge burgers special.  It was actually the winner, and I have since seen it in a number of T.G.I.Friday’s commercials.  The recipe is good in theory, though there are certain elements of it that I’ve rewritten.  Beyond the pimento cheese, the recipe calls for ham to be put in the food processor and added to the burger.  I think ham is gross, but Dan loves it, so I put ham in his but not in mine.  I also added my own flavor twist on the burgers, adding horseradish and soy sauce. 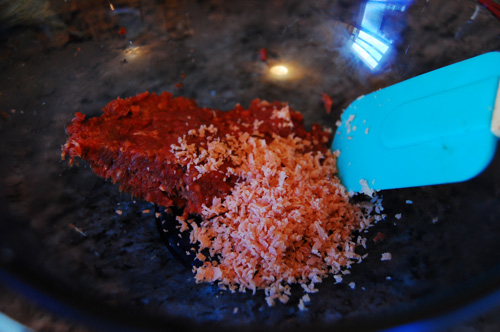 I thought that the honey cole slaw was such a great idea.  I am all about new twists on classic southern fare.  For our wedding Beaufort Grocery is making mango cole slaw, which I’m so excited about.  Sometimes during the summer I think a light blueberry cole slaw is perfect, and sweet cole slaws add a different element when they’re combined with things like burgers and barbeque. 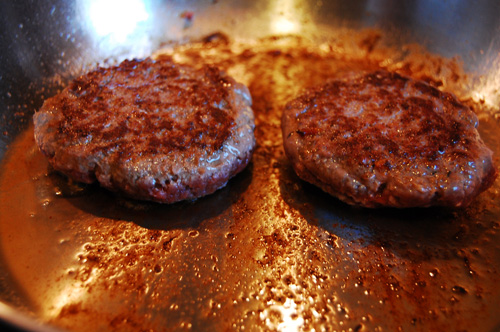 Start by making your pimento cheese, since that will need to settle a bit.  Find the instructions here.

Next, make your cole slaw. Finely chop your cabbage.  If you can’t find a head of cabbage at the market, you can usually find a bag of already shredded cabbage.  Traditionally with cole slaw I blend the ingredients in a food processor, but with this I just used a spoon to combine the ingredients.  Mix together your cabbage, honey, mayonnaise, and a little salt and pepper.

I like to make my patties a few hours before we’re going to eat them so that the flavors have time to really meld.  So to start go ahead and dump your ground beef into a mixing bowl.  Use a silicon spatula to spread it out a bit, and create a well in the center.  Add the horseradish and soy sauce, and blend until totally combined.  Since I was making one patty with ham and the other without, I took out half of the meat, formed a patty, and set it aside.  Put your ham in the food processor and chop until in tiny pieces.  Add the ham to the remaining meat and combine until smooth.  Make your patty, cover, and refrigerate for a few hours until you’re ready to cook.

When you’re ready to start dinner, go ahead and cook your bacon.  When the bacon is done, set it aside and retain 1 tbsp of the grease in the pan.  Over  medium heat, start your burgers.  For a medium rare burger, you should cook them 7-10 minutes on each side over medium heat.

While the burgers are cooking, toast your buns and then spread a layer of pimento cheese on the bottom bun.  Top by two strips of bacon on each burger.  Add the burger when it’s finished and put a healthy serving of cole slaw on top.