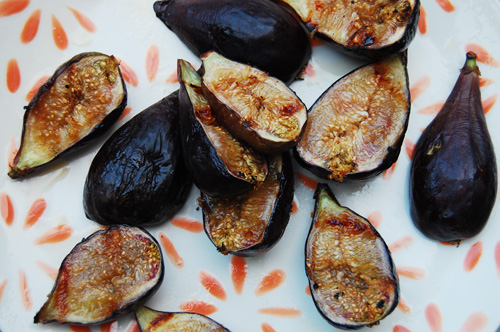 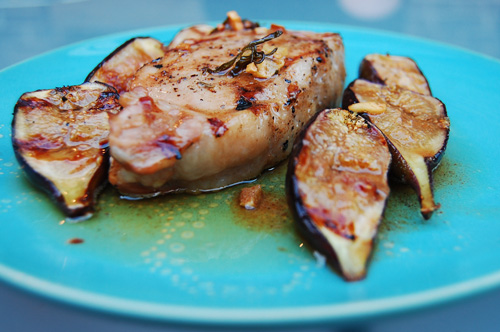 To frame this post, I’d like to tell you Dan’s recommended names.  First was “Pork Fig Fat.”  Secondly, he went with PORK FIG AWESOME.  I was partial to both, but thought I’d give a more descriptive title.  No matter what you call it though, this dish was exactly what I needed.  You see, tonight was the first night that we have been home to cook dinner since last week, something that has left me feeling off center and a bit cranky.  Also, I ate some old marshmallows so that could be a contributing factor. 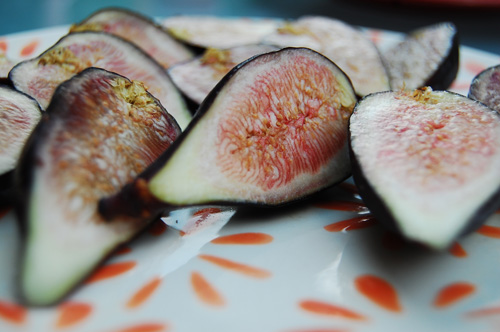 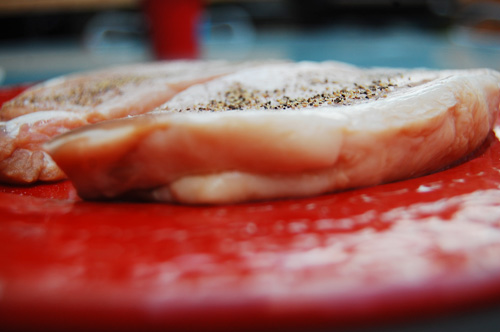 I started dreaming about figs mid last week, but beyond stuffing them with goat cheese and wrapping them in proscuitto (done) and fig ice cream (coming soon), I couldn’t think of anything interesting.  I wanted something sweet yet salty, juicy yet firm.  Figs are such a strange texture and flavor, I knew I needed to pair them with something that wouldn’t overwhelm them.  Something that would act as the facade broach to your neck scarf. 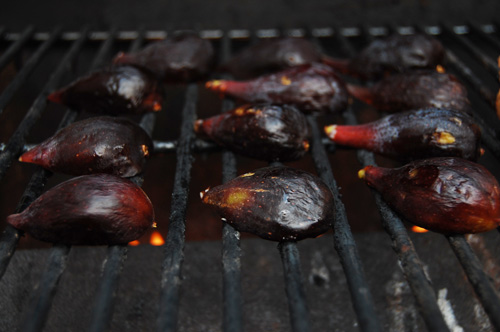 Incidentally, this dish was over 50% accident.  On Sunday night I was drinking a beer, but then I got too tired to finish it.  I didn’t want to waste half of a very nice beer, so I thought beer brine!  And that is what I did.  I was going to cook this Monday night.  But then we had to go to Pennsylvania to sort out some issues transferring the title of our car, so instead of marinating 24 hours, the pork marinated 48.  I was also going to put goat cheese on top of the pork, but I forgot that one. 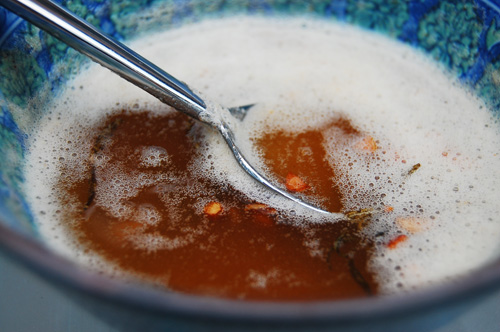 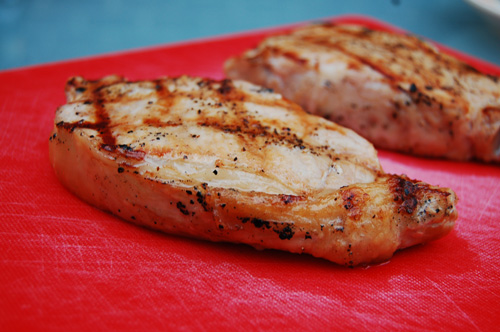 I am glad to say that, with the exception of forgetting the cheese, this dish was a combination of happy accidents.  Like making a mixed tape of a handful of artists that don’t seem to go together but completely work (so much so that you start writing letters to them encouraging a tour).  I want to write letters to the pork and fig boards.  I want to let the browned butter association know about this.  I’ll probably just settle for letting you know.  It’s good.  Damn good.  As Dan described, the fig almost tastes like it’s the pork fat, but sweeter and more succulent than expected.  Which explains his first title suggestion.  Also, it explains his face whilst waiting for me to finish taking pictures. 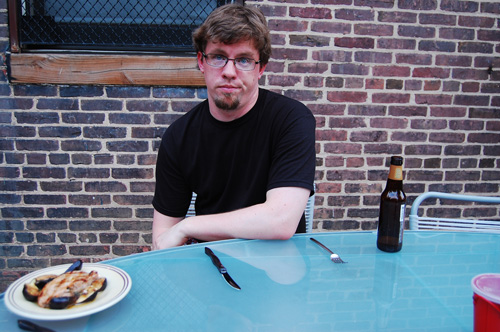 Place pork in a bowl and pour honey and beer over, completely submerging.  Stick in the fridge and marinate at least 4 hours, or up to 48.

To Grill This Dish:

Remove the pork from the marinade.  Pat dry and sprinkle both sides with salt and pepper.  Fire up the grill.

Cut figs in half.  Brush both sides with olive oil.  Set aside.

In a medium skillet over low heat, melt butter with rosemary and sliced garlic.  Allow to cook, stirring occasionally, until it is dark brown.

Grill pork for 5-7 minutes.  Flip.  When you’ve flipped the pork, put the figs on the grill open face down.  Place cheese on top of the pork, allowing it to melt slightly.  Cook 5 minutes and remove everything.  Let meat rest at least 5 minutes.

Combine figs and pork on a plate.  Top with browned butter sauce and serve.

To Roast This Dish:

Remove the pork from the marinade.  Pat dry and sprinkle both sides with salt and pepper. Heat oven to 350.

Slice figs in half.  In a roasting pan combine pork and figs.  Slice the butter and place the pats around the dish.  Slice the garlic thinly and sprinkle over everything.  Add rosemary, salt, and pepper.  Cover.  Let cook about 30 minutes.  Top with cheese and serve.