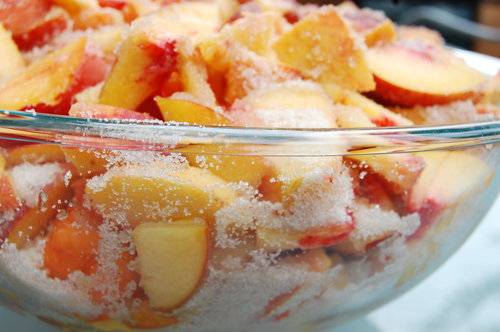 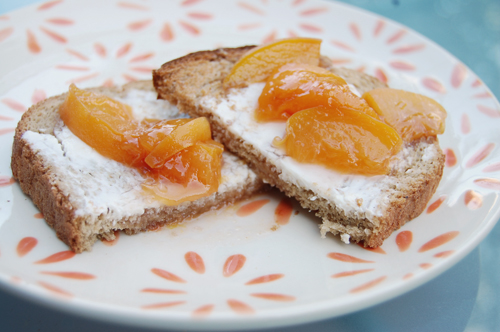 I’m not sure when Dan and I became the kind of people we are today.  And by “the kind of people we are” I don’t mean Firefly watching, unicorn joke making, shirts that light up owning geeks.  I mean people that attempt to grow as much of their own food as possible, who bake their own bread, brew their own beer, and preserve things for the winter.  It happened progressively.  In fact, you could probably go through the archives of this website and track it, watching steadily as I went from making things like mashed potatoes from scratch to pie doughs, evolving slowly into the people we are today.  People that brew beer and preserve food in a tiny apartment with no circulation in the kitchen. 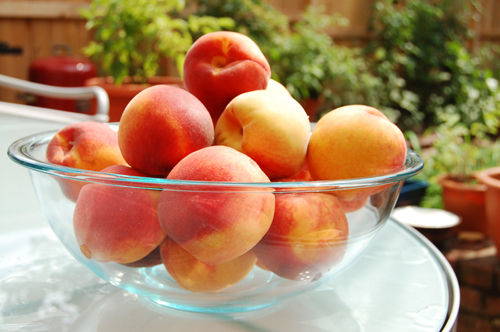 When I started baking bread I jumped into it like I do all other things; I found a few recipes on various websites and tried it.  It failed.  After a few more mediocre at best (and sometimes awful) loaves I knew it was time for more guidance.  I followed the advice of some friends that had been baking bread and bought Peter Reinhart’s The Bread Baker’s Apprentice.  I’ve been working through it slowly (though I’m on hiatus for the summer), and each loaf I make gets better. It’s been a wonderful process, one that has inspired me to make a lot more things at home (including, hopefully, cheese) and to be overall more local and conscious of what we’re eating and doing.  More than anything I’ve appreciated having what has become my bread bible, a source that taught me not only recipes but concepts. 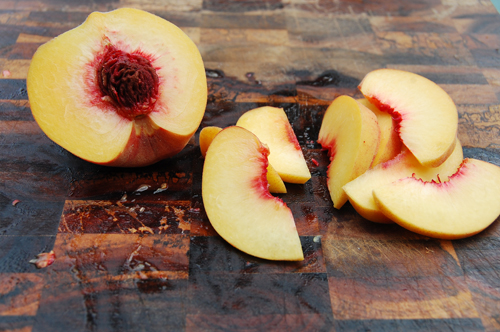 Prior to this summer my experience in the world of preserving had been limited to freezing, some drying, and making refrigerator preserves.  So it was serendipitous that when I was just about to jump into the world of long term, for serious food preservation, I got an email from Williams-Sonoma.  They offered me a copy of their book, The Art of Preserving, and I very gladly accepted.  It arrived right before I attempted my first batch of peach habanero jam, and I am so thankful that it did.  The book takes you through different types of preserves from jams and jellies to pickles and flavored spirits.  It is comprehensive and more importantly than anything else, it is thorough and easy to follow.  And even though Williams-Sonoma was kind of enough to send me a copy, this is a book, like The Bread Baker’s Apprentice, I would have purchased on my own.  It also really helps with my nightmares about killing someone with botchulism. 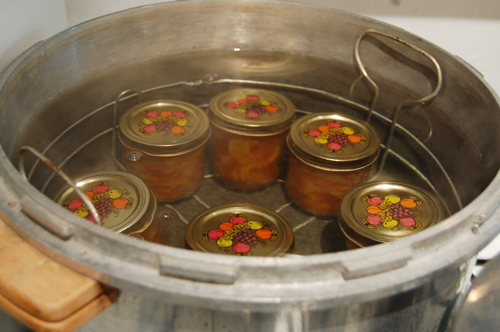 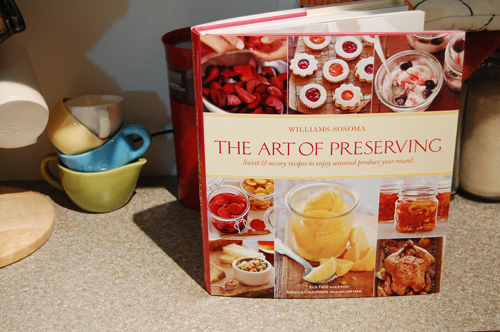 Before I go any further and tell you about the jam, let me promise that this is the last habanero recipe I’ll give you for a while.  If you’re half as habanero’ed out as I am right now, bless our souls because I don’t even want to look at the things.  I am fairly certain, however, that when I’m drizzling it over my toast in February (snowed into my apartment again if “they’re” right about this winter) I will be happy that I spent a few really sweaty days in my kitchen.  The jam itself is delicious, sweet and peachy with a very low note of spice (much more low key than the sorbet).  The last batch I made 8 eight ounce jars and had a lot of refrigerator jam leftover.  This round I made 21 four ounce jars and still had about eight ounces for the fridge.  The jars will be tucked away, eaten this winter and given as gifts over the holidays.  Along with the beer that my husband has been obsessing over.

6 pounds of peaches, a mixture of medium ripe and unripe

Start, either about 5 hours before you want to can or the night before, by using a damp cloth to rub the fuzz off of your peaches.  Next, halve them.  This book has a great suggestion for how to do that- cut the peach all the way around at the joint and twist the two halves in opposite directions, like an Oreo.  Remove the pit and slice the peach (leaving the skin on) into 1/4″ slices.  Halve those slices again and place in a large bowl.

Take your habaneros (carefully) and slice a slit into all four sides.  Toss in with the peaches.  Over the whole mixture pour the sugar, stir, and set aside for at least 4 hours.

About an hour before you want to can fill two large pots with water.  I recommend that you have some canning equipment, at the very least a large pot with a rack and a pair of tongs.  You’ll need a separate pot for sterilizing your jars and lids.  Bring both pots of water to a boil.  In one pot (the one without a lid) place your jars and the lids (not the screw bands).  Allow them to boil for at least 10 minutes, but keep them in the pot until right before you fill them.

In a third pot, combine your peach mixture with the lemon juice.  Cook over medium heat for 15-25 minutes, until most of the juice has evaporated and the peaches have cooked down.  Fish out the habaneros and start taking jars out of the water.

Use a spoon to fill the jars, leaving 1/4″ of room at the top.  Use a spoon to make sure there are no bubbles in the jar, and adjust the headspace (space between the jam and the top of the jar) as needed.  Wipe the rim with a sterile cloth and fish a lid out of the pot.  Place the lid onto the jar and screw the band on tightly.  Set aside and repeat with all of your jars.

Take the rack from the other pot and place the jars onto it.  Lower the rack into the pot (whose water should be boiling) and process the jars for 10 minutes.  Remove them from the water and (here’s the hardest part) wait for the ping.  When they first come out of the water the jar should pop up and down, but when the jars seals you won’t be able to pop the jar any more.  Some jars will seal immediately, some will take a little longer, and some may not at all.  If jars fail to seal, store them in the fridge for up to two weeks.  The jars that do seal, however, are good in a cool dark space for up to a year.  Enjoy!

**As with any preservation process, there are risks.  If you notice anything abnormal, discard the jam immediately.  Botulism is no fun.** 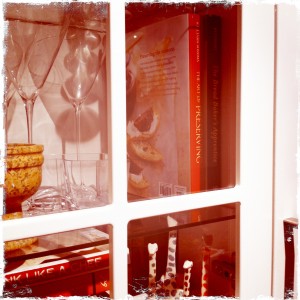