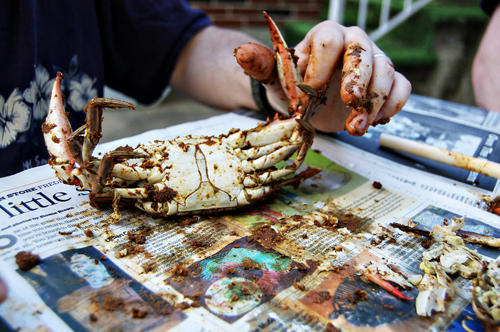 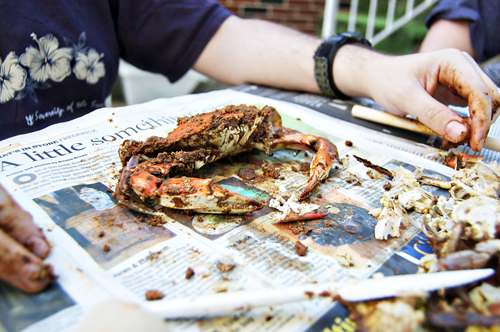 Since I moved to Maryland in 2004 I have not eaten a whole crab. I’ve eaten plenty of crab cakes, more crab dip than I’d like to admit, a few crab pretzels, and a fair amount of crab laden sushi. But no whole crabs. In fact, the only time I’ve ever had a whole crab was at my stepgrandfather’s house in high school. We were there for Pop-Pop’s birthday, and in tribute to his Baltimore roots we ate crabs. Or, rather, my family ate crabs. I got as far as a lung (nobody told it was the lung!) and decided I preferred hot dogs. 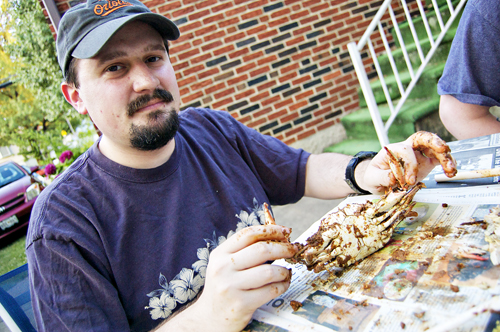 Enter my friend Jamie. Jamie comes from a long line of proud Marylanders, people who spend as much time picking apart crabs as us Carolinians do picking apart pigs. They’ve refined the process to a science, an art, and Jamie was willing to teach it to us. I had this post scheduled for later this month, but last night Pop Pop passed away. Pop Pop, or Al Hlavin, Sr, was my stepmom Jan’s father. He was a smart, kind, and much loved man. So, in honor of Pop-Pop and thanks to Jamie, I would like to present a step-by-step guide to picking crabs, the Maryland way. 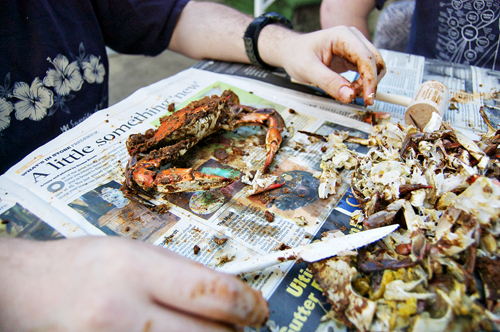 Step 1: Start with a whole, steamed crab. Preferably one that has been steamed in copious amounts of Old Bay. 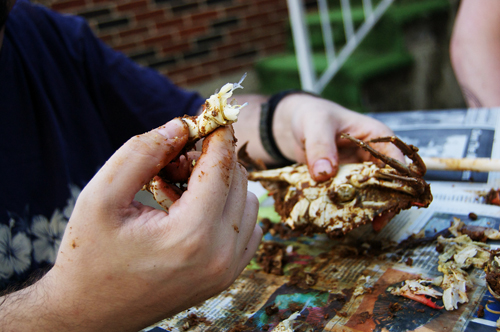 Step 2: Rip the claws off. Eat any meat that comes off with them. 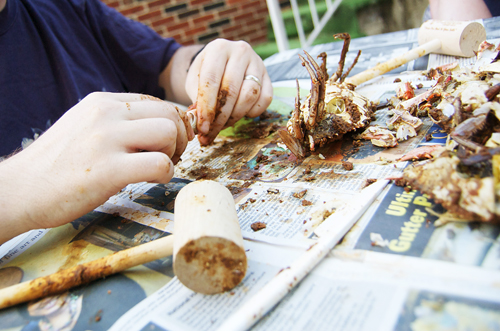 Step 3: Use a knife, mallet, or your fingers to crack open the claws. Eat the meat inside.

Step 4: Locate the apron. This is the monument-shaped area on the underside of the crab. 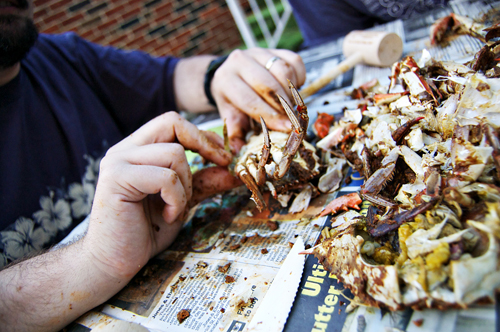 Step 5: Pull the apron off by the tip. Discard. 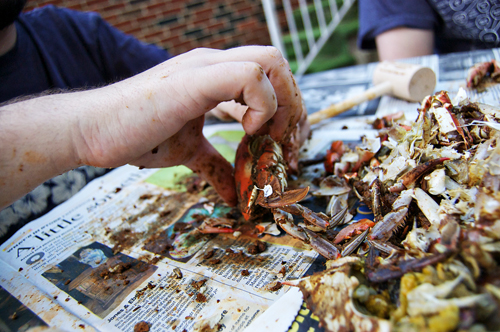 Step 6: Pull the top of the shell off, from the top. 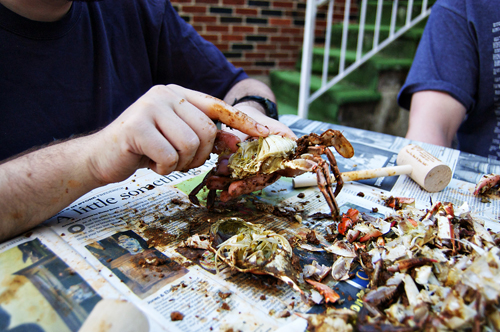 Step 7: Remove the organs. This is everything offcolored, squishy, etc in the middle of the crab. Next, remove the lungs (see where Jamie is pointing). Growing up, Jamie was told the lungs were called the devil. Number 1 rule of crab picking? DON’T EAT THE DEVIL. 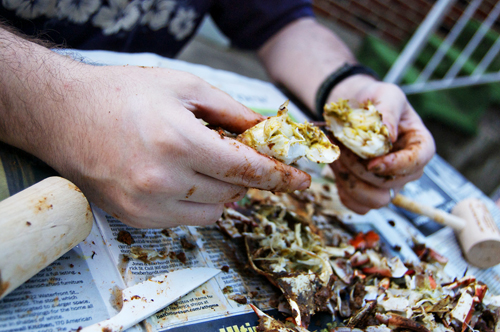 Step 8: Break the crab in half. 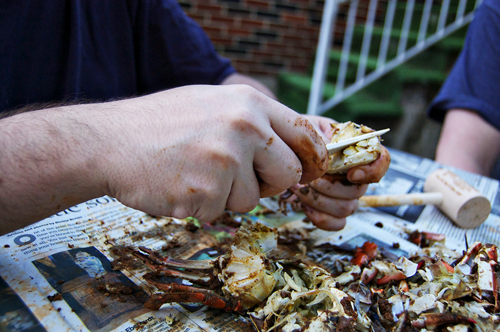 Step 9: Use a knife to cut the half again. 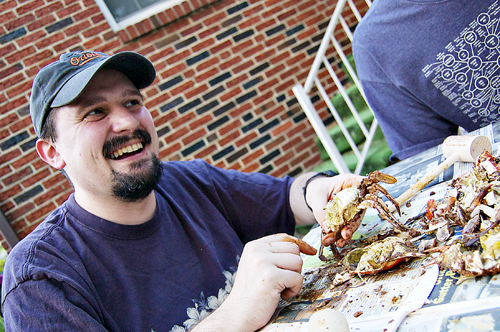