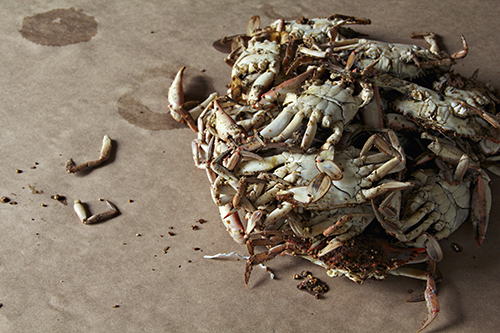 Last year my friend Jamie taught Dan and I how to pick crabs the Maryland way. Jamie is a very particular person who feels as strongly as crabs as I do about barbeque. He believes passionately that there is a correct way to steam, pick, and eat fresh blue crabs. And because he’s the expert (and I came to the table with no opinions about crabs), we do as he says. Since he converted us to whole-crab lovers Dan and I have eaten them a few more times, but hadn’t made the jump to preparing them ourselves. 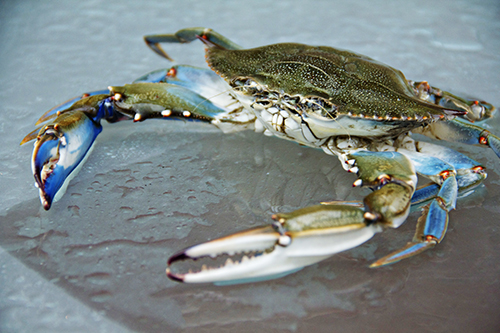 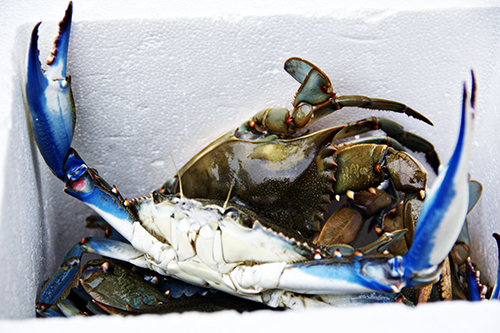 Thankfully Jamie, along with many of our friends and family, see Biscuits and Such as the perfect excuse to experiment in the kitchen, be adventurous, try new things. And while he had grown up watching his parents and grandparents steam crabs he hadn’t actually replicated the process by himself. He suggested it, Dan and I enthusiastically agreed, and this past labor day we tried our hand at steamed crabs. 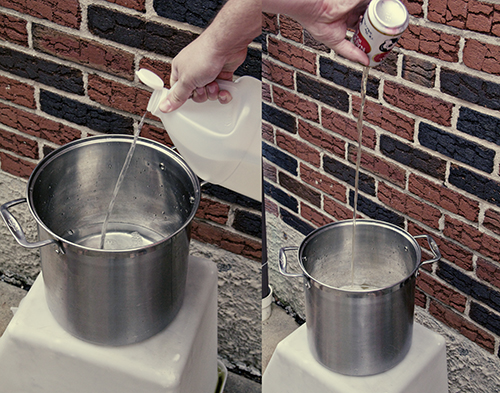 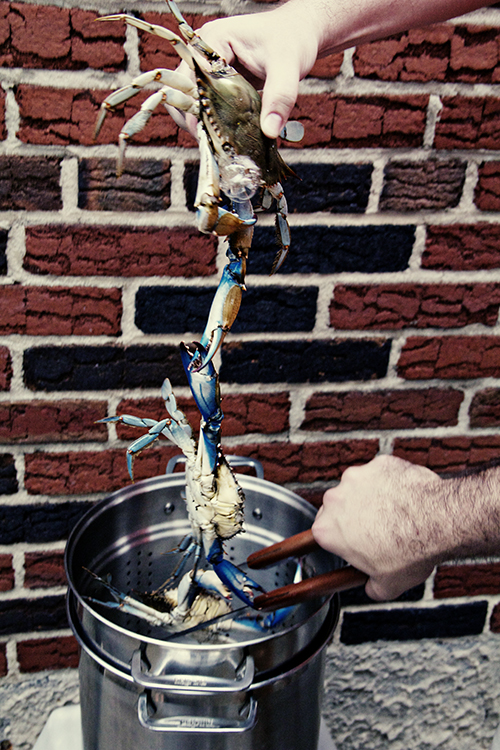 The Keffer family method goes something like this- combine water, a few seconds’ pour of vinegar, and most of a can of Natty Boh in a large pot. In the steamer basket layer live crabs and a combination of spices. As you can see, this is often more difficult than it sounds. 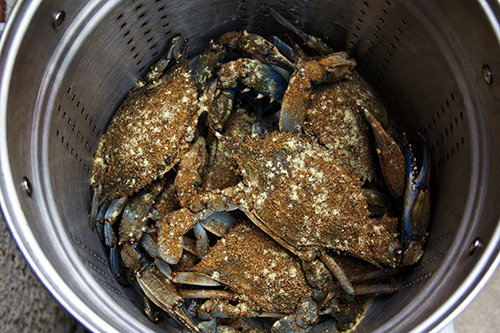 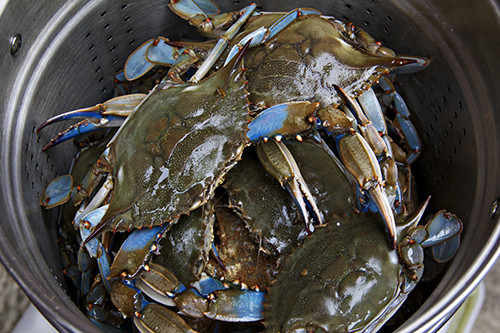 Most people in the mid-Atlantic will agree that a steamed crab is not a steamed crab without a generous dose of Old Bay, the magical spice blend invented by Jewish immigrant Gustav Brunn (who will soon be immortalized in paper doll form by the ever-amazing Lisa Perrin & the JMM). Old Bay is a mixture of salt, pepper, red pepper, black pepper, and about a thousand other things making its recipe impossible to copy (the genius of Gustav Brunn). Jamie’s recipe combined a thick coating of Old Bay with mustard powder, mustard seed, salt, red pepper, and celery seed. 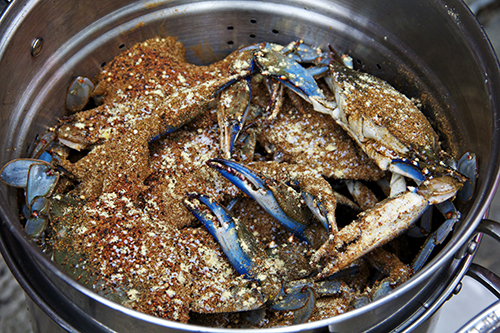 Once the water has been brought to a boil the crabs start the steaming process (lid on), and 15-20 minutes later, once the crabs are bright red, you’re ready to pick and enjoy! 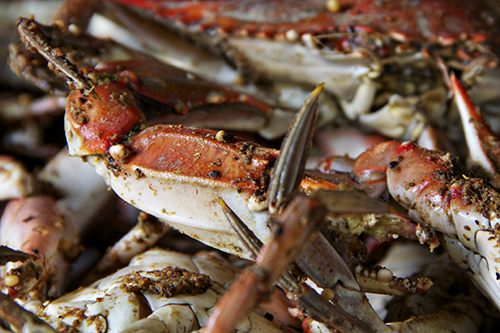