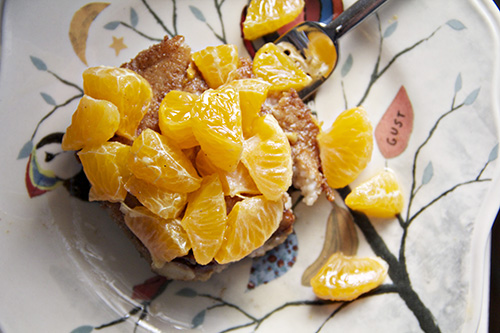 One of the very best things about the internet is the community. It has it’s ups and downs, definitely, and sometimes having a public blog that is open to criticism leads to reading, well, criticism of my person and my recipes and my life which sucks but the trade off for the positive is huge. I’ve met people and made connections and friendships that I wouldn’t trade for the world. Not to mention of course that this blog and everything that it is and has become wouldn’t be possible without a supportive community. The readers, the commenters, the people who email to tell me that the like/love/adore the blog make it all worth it. So, thanks friends. 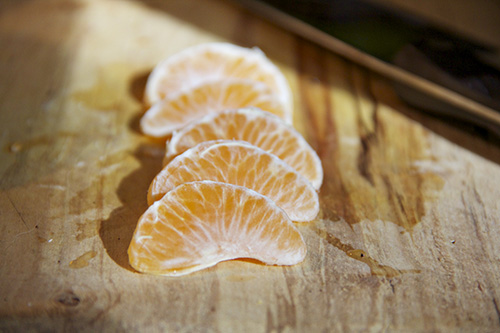 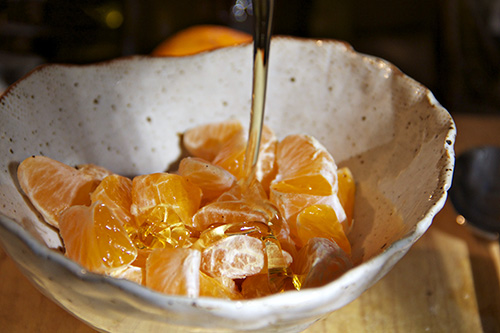 Through some chain of mutual friends (real and internet) I met the lovely Carrie from Plums in the Icebox on twitter. She’s a Baltimore native and we became friends on the internet and in real life.  She’s great- sweet, intelligent, witty, talented, and a Jill of all trades. Professionally she writes for Bliss Tree and recently she reached out to me about contributing to a “Brunch Off” series she has in the works. The concept is simple- two food bloggers create a brunch menu using the same seasonal ingredient and readers vote on which one they prefer. The ingredient was clementines (something I’ve been buying in bulk for a few months) and I love a good challenge, so count me in! 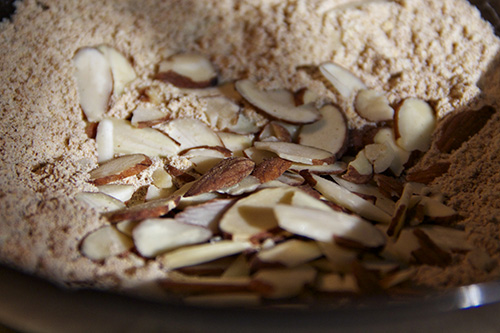 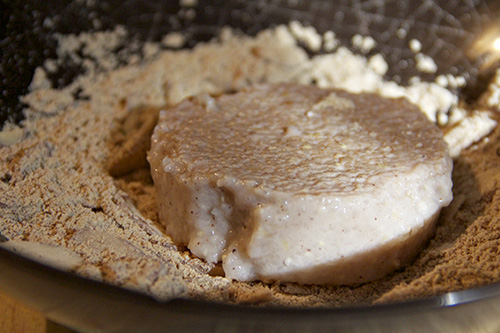 My goals with this challenge were to create something fun, tasty, and unique to my niche, Southern food. Surprise to no one I chose grits as a foundation ingredients (are you getting sick of grits?). Sweet grits made with cinnamon, ginger, and almond milk formed into cakes and lightly fried. Topped with fresh clementines that had been tossed in local raw honey. Something light, full of flavor, and designed for brunch. That is to say, complimentary to mimosas and bacon. 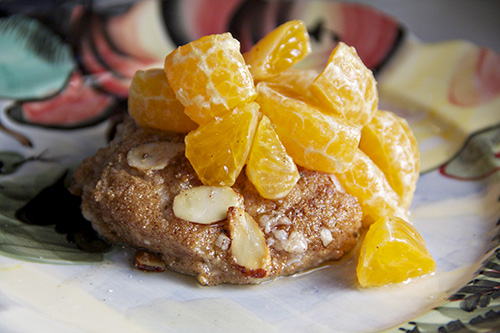 Dan and I tried some this morning and I’m happy with how they turned out. The grits were the perfect base- not overwhelmingly sweet with a good crunch thanks to the slivered almonds and a richness thanks to the almond milk. The clementines in honey were so simple and amazingly delicious, the perfect tribute to two of nature’s most wonderful ingredients. I like that it isn’t anything audacious (like fried chicken eggs benedict) or overdone (like french toast), just an unassuming combination of complimentary flavors and textures. Head over to Bliss Tree to see the Brunch Off, make both recipes, and tell me what you think! 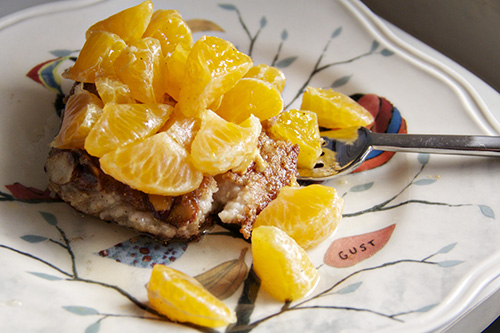 The grits cakes need to be formed at least an hour before being fried, though the night before is ideal.

In a medium saucepan combine grits, almond milk, honey, and spices. Cook over medium heat unti the grits are thick but still creamy. Pour into cupcake pans and chill for 1 hour or overnight.

Chop clementines in half or thirds and toss in honey. Let sit.

Combine corn flour, almonds, and spices and heat 1/4″ of oil in a heavy pan. Carefully (I used a fork so my hands didn’t warm the grits) coat the grits cakes in the flour mixture and fry for 2-3 minutes on each side, or until crispy. Top with clementine mixture and a sprinkle of salt.