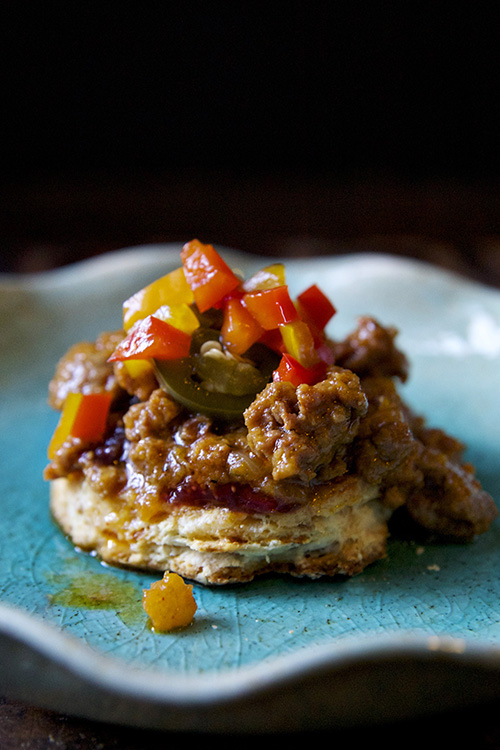 One of the biggest challenges I face in writing a Southern food blog is the feeling that I don’t spend enough time telling the other half of the story, talking about the other half of myself. On this site I tend to focus on the Southern story, the story that began across the Atlantic almost 200 years ago and wound its way through the coastal plains, the foothills of the piedmont, and the moon soaked mountains of the state I am so happy and proud to call home. The story that allows me to call myself a Southerner, that gives me the authority I need to write about Southern food. However, when it comes to my heritage there is another side to the story, one that also began across the Atlantic, albeit more recently. 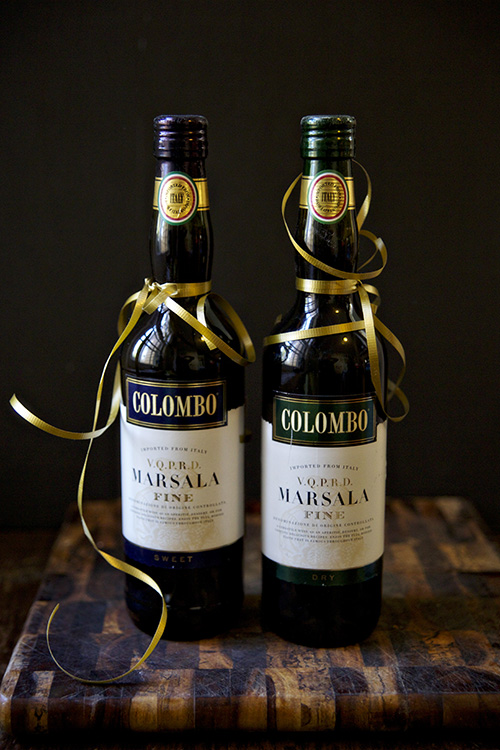 My mother’s side of the family, the Irish Waldrons (my Poppie) and the Italian Fiorellos (my Grammy), hail from Trenton, New Jersey. Their families both immigrated from Europe to the United States after the turn of the century, and worked hard to establish themselves in this new country. Their stories are that of so many American families- brothers and sisters working together to send one sibling to college, parents working themselves to the bone to to create new opportunities for their children and grandchildren. Like many families that built new lives in America during the 20th century, being American is only half of the identity. The Waldrons (our little branch, anyhow) are, strictly speaking, Italian-Irish Americans. However, due to the the nature of who rules the roost and who cooks the food,  we tend to lean Italian. I think it’s summed up nicely by my cousin Maeve’s response to my Uncle Michael telling her that he was making Italian sandwiches for dinner– “do you just put ‘Italian’ in front of whatever you’re cooking because we’re Italian?'” 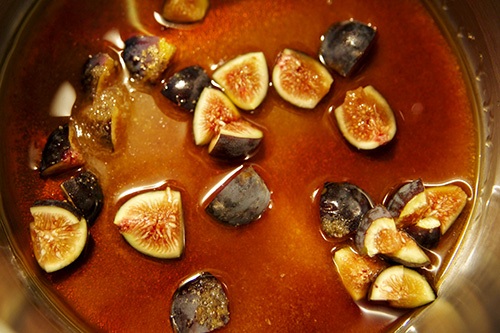 When Colombo Marsala invited me to participate in their Twelve Days of Marsala recipe challenge I immediately called Grammy. I love talking to Grammy for many reasons, but I especially love that she gives frank, honest, and compassionate advice. When I called her a few months ago about The American Cookbook her response was that she was very proud of me, that I deserved it, and that she wasn’t just saying that because she liked me. So when I needed advice on a recipe featuring marsala, I knew I could count on her to be straight with me. Her thoughts were as such- it’s an honor to even be considered and asked to participate and that I should go with my gut and do what I do well. 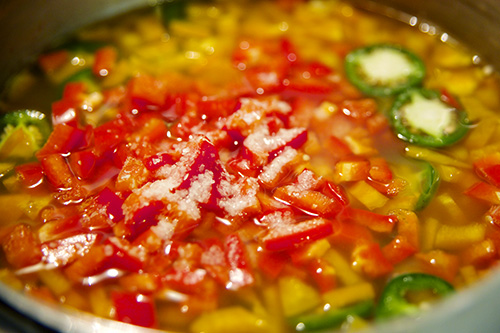 I took her advice to heart and decided to make a dish that blended both sides of who I am, a dish that married together the Sicilian and the Southerner. The base of this dish is a simple, flakey, delicious buttermilk biscuit. Spread over the biscuit is a fig and marsala jam, a jam that is subtle and allows the sweet marsala to play on your tongue. Next comes the butternut squash and Italian sausage hash. This hash is caramelized onions, hot sausage, tender squash, and enough dry marsala to echo the flavors in the jam and accentuate the spiciness in the sausage, but not to overwhelm. Finally the whole dish is topped with quick pickled jalapeño and bell peppers- a perfect acidic note to bring freshness and tang. 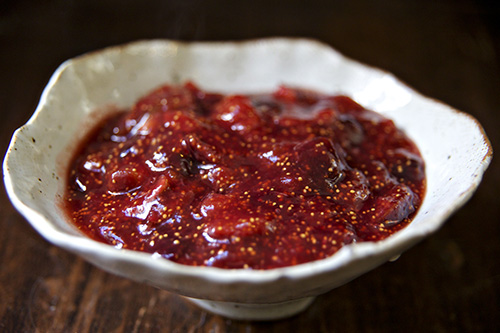 The competition is fierce and the stakes are high. The winning dish will be determined based on the recipe, visual appeal of the dish, creativity, and votes.  The voting will be open until December 15, and each day Colombo will select a random voter to win a $50 gift certificate. The prize? A trip for two to Italy. It’s like a dream. As Grammy says, it’s an honor to even be competing. So make this dish (and all the others!), vote for your favorite (I hope it’s this one), and enjoy! 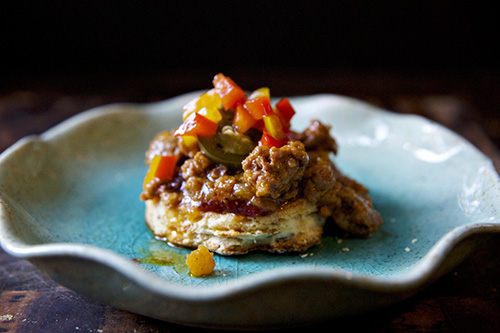 This post was sponsored by Colombo Marsala as part of their Twelve Days of Marsala recipe competition.

Begin with your jam. Quarter figs and combine in a medium saucepan over low heat with brown sugar, wine, vanilla, and salt. Simmer 25-30 minutes or until jam has thickened. Stir in pectin and lemon juice and simmer an additional 10 minutes. Remove from heat and let cool to room temperature.

As the jam is simmering, slice your jalapeno into rings and mince your bell peppers. Combine in non-reactive saucepan with apple cider vinegar. Bring to a boil and then simmer for 12-15 minutes. Remove from heat and let cool to room temperature.

In a large skillet brown sausage, then set aside. In the same skillet, melt butter.  Sauté onions and garlic until onions have browned. Return sausage to the pan along with squash, marsala, red pepper, and salt. Simmer 25-30 minutes or until squash is tender and liquid has cooked down. Season to taste.

As your sausage hash is cooking, begin your biscuits by combining flour, brown sugar, baking soda, baking powder, and salt in a medium bowl. Use your hands to work in vegetable shortening until the mixture resembles cornmeal. Stir buttermilk in with a wooden spoon until a soft dough ball forms. Heat oven to 350F and flour a work surface. Roll your dough out until it is ¼” thick. Fold onto itself and roll it out again. Repeat once more, rolling it out finally to ½” thickness. Use a biscuit cutter or 4-5” round jar to cut your biscuits into circles.  Transfer to a lined baking sheet and bake for 10-12 minutes or until golden brown.

As soon as the biscuits are out of the oven, begin plating. Spread a generous portion of fig jam on top of each biscuit. Follow this with a large scoop of sausage hash. Finally, top with pickled peppers, and serve hot.