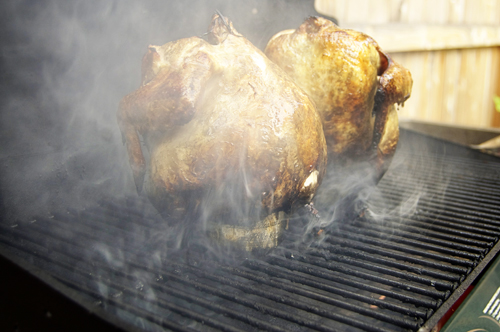 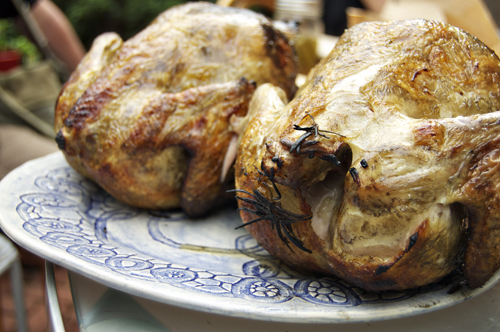 Also known as Beer Butt Chicken.  I’m a lady, though, so we’ll call them Beer Can Chickens.  We served two of them for our awesomely successful Seafood Boil last week for those guests that did not partake in the seafood and wanted to eat more than potato salad.  Essentially, this is what the two titles imply.  You prop a dressed chicken on top of a half full can of beer and grill.  The beer boils up into the cavity of the chicken, keeping it moist and flavorful as it cooks.  It is easy (as long as it doesn’t fall over) and delicious (even if it does). 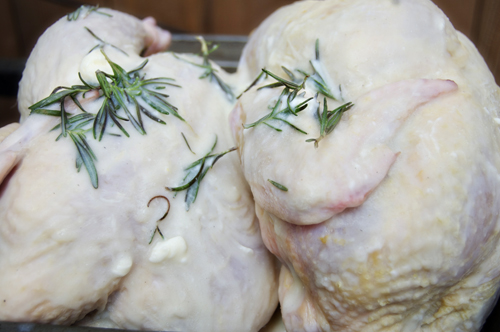 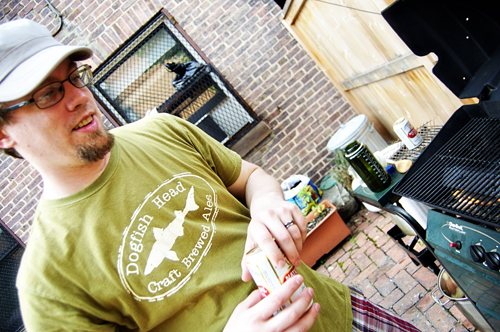 Dan deciding on his strategy for getting the chickens on the beer. 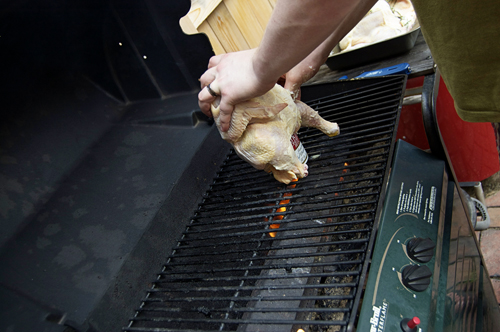 True to form, ours fell over.  A few times.  Also, according to Dan I put too much butter on the chickens so they caught fire.  He was wrong though, there can never be too much butter.  Plus, they were just deliciously crispy. 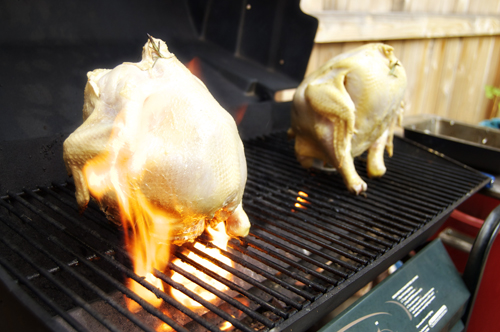 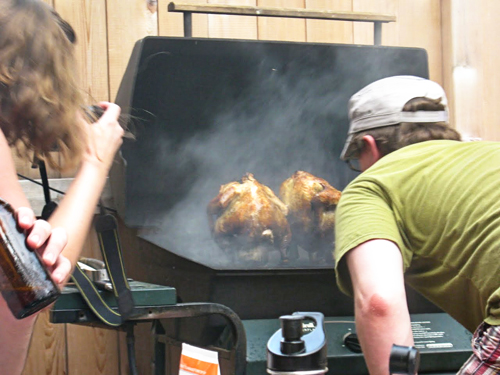 Dan trying to put the fire out.  Me photographing the burnt chickens. Photo by Jobi Zink. 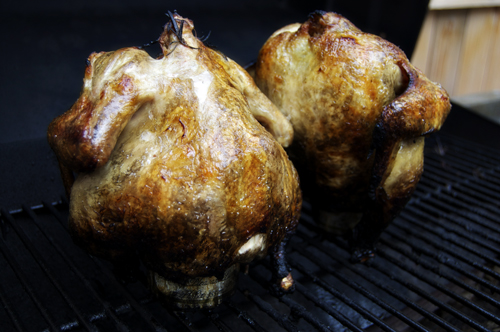 Rub the chicken down with butter, rosemary, and salt.  Drink half the beer.  Light up the grill and prop the chicken on top of the beer so that it is in the cavity and the chicken is sitting on it.  Close the lid and cook over medium heat for 45 minutes.  Check occasionally to make sure it hasn’t fallen down.