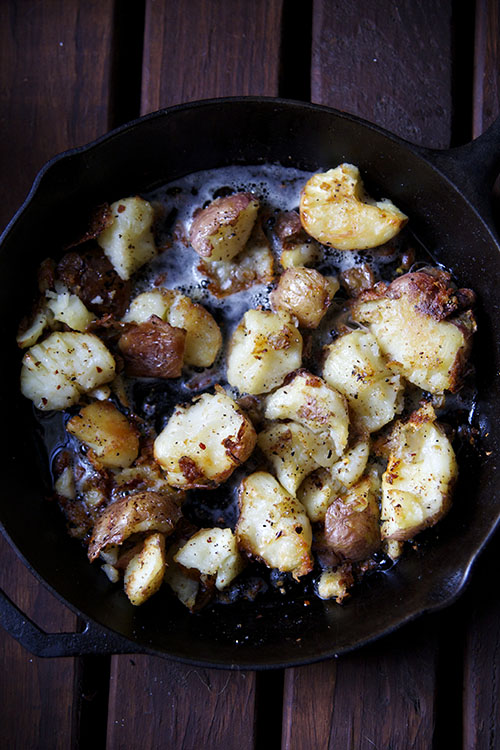 I know that I’ve been talking about it here a bit, but the past few months have been crazy. And while I know I’m guilty of saying that all the time, this winter and spring have blown other crazy times out of the water. We (or I) have been on the road every weekend since the end of January, and some of the week days (like our recent trip to San Francisco). My months have blurred, projects that need my attention are being ignored, and I feel a little bit less than grounded. I’m barely staying afloat and what I mean by that is, I’m sorry. It’s been months since I’ve had as much time and energy as I’d like to devote to this space, and I know it’s been apparent. That said, things are finally starting to clear up. We have a few more big trips planned in the next few weeks, but things are slowly settling down and I am working to get back to my routine. 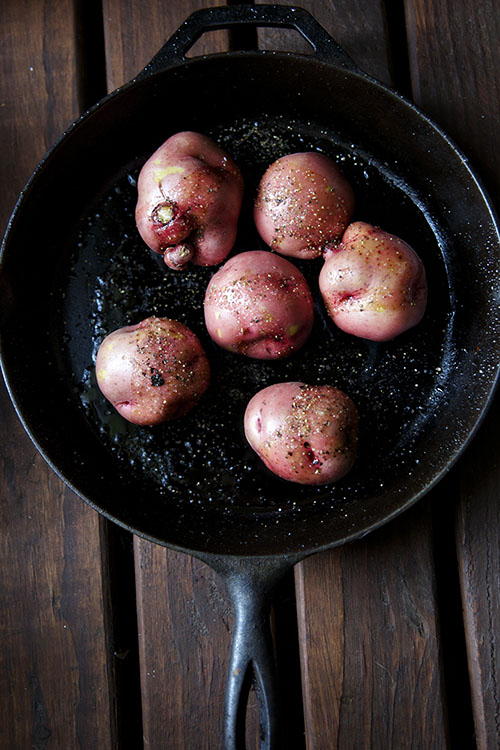 The wonderful thing is, that in life, things are coming together. My school is moving to a beautiful new space that is giving me the opportunity to build a huge organic fruit and vegetable garden, an orchard, a chicken program, and more (like two pet lionhead bunnies that I’m naming Humphrey Bungart and Ernest Hoppingway THANKS THIS IS THE BEST FOREVER). We’re looking at moving into a new house in a new neighborhood that is still downtown but closer to school and slightly bigger (with more space for a potential studio space), which will hopefully give me the creative inspiration I need to finish a few big projects. Dan finally cut off his pony tail. We’re living the good life over here. 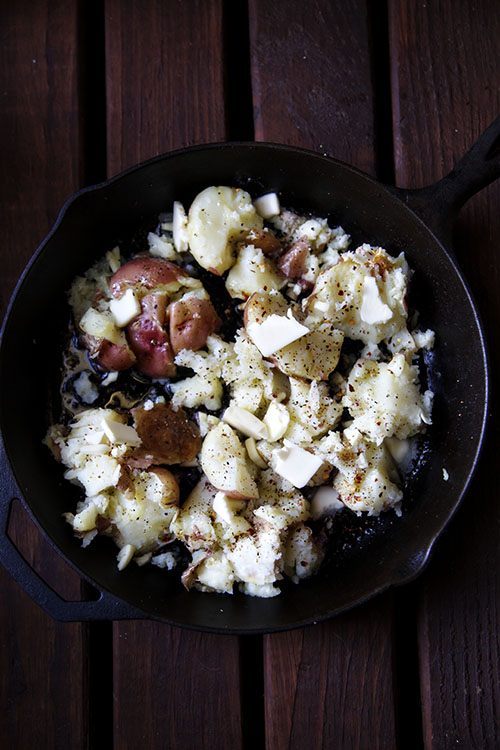 While we cheated slightly (sometimes more than slightly) on our April diet while we were in San Francisco, we’ve mostly stuck to the plan. Today, after a lot of green smoothies, apples dipped in peanut butter, and edamame I was ready for something substantial. Call in the garlic skillet smashed potato. The basic premise of this masterpiece is- cook a potato, smash it, season it, roast it in high heat for optimal crispness. Paired with sweet and spicy Brussels sprouts and a fried egg this was everything I wanted it to be. 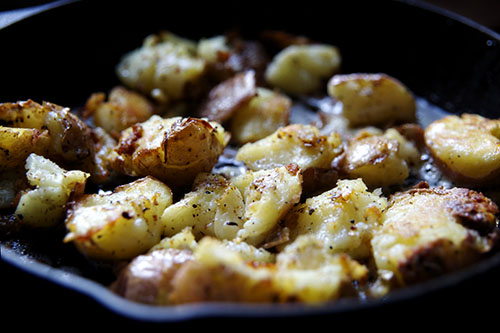