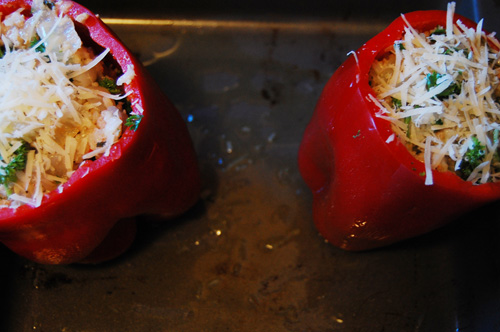 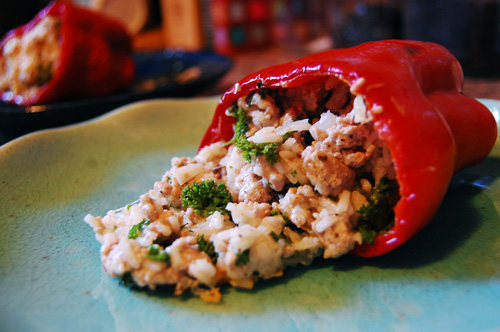 One of my favorite meals during the summer months are stuffed vegetables.  I love the flavors of the roasted vegetables, and it makes for a healthy, filling, whole meal.  A few of our favorite things to stuff are peppers, mushrooms, and tomatoes.  We’ve even stuffed the occasional jalapeño. 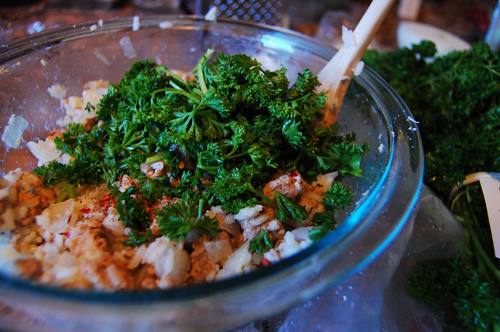 There are certain flavors I like to include in my stuffed vegetables.  For one, I think that parsley always adds a nice freshness.  One thing I like about putting parsley in a stuffed vegetable is that it doesn’t really wilt as much as other herbs would.  For instance, if you put basil in a 400 degree oven, it’s brown within seconds.  Parsley holds its own in high temperatures, which means that the whole dish maintains a level of freshness, even after being roasted.

I also really love using parmesan.  By nature, parmesan is a lot lower in fat and calories than other cheeses, and it’s not as heavy.  It adds a level of creaminess to the dish, but it doesn’t weigh it down.  For this particular recipe I used ground turkey, but I also like to stuff with sausage, particularly chicken sausage.  I really prefer to stuff with poultry, as red meat seems to be too much.  All in all, this is a delicious recipe, and I think you’ll find it a sweet warm weather dinner. 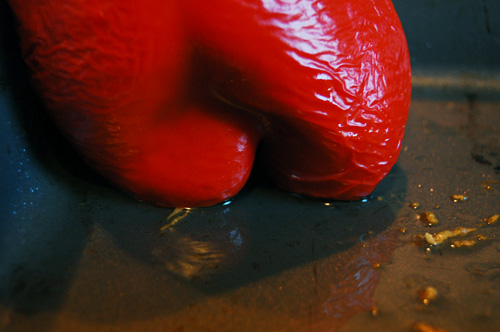 Heat half of your oil in a saute pan.  Begin to cook the turkey.  While the turkey is cooking, chop your onions, oregano, and rosemary.  When the turkey is mostly cooked, add in onions and herbs.  Continue to saute until the onions are tender.

In a medium size bowl, mix together the hot ingredients with the parsley, spices, cheese, butter, and rice.  The rice should be cooked prior to this step, and should be al dente, not mushy (so avoid a rice cooker).

Cut the tops off of your peppers and scoop out the seeds and the center pulp.  Stuff each pepper with the mixture, and place in a lightly greased baking pan.  If you want these to look a little fancy, you can place the top back on.  Sprinkle parmesan on top of the stuffing, and drizzle the remaining olive oil over both peppers. 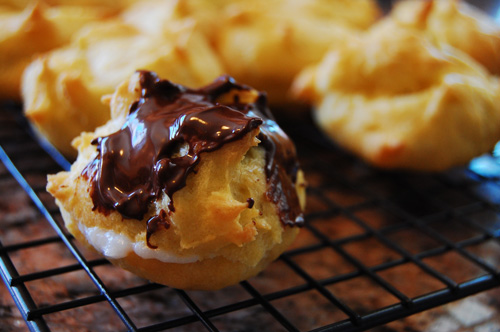 There are two women that I credit for my love of cooking, my comfort in the kitchen, and most importantly, my love of food.  My mother is an amazing culinary presence, and I never cease to be impressed by her determination to make things from scratch and from whole, fresh ingredients.  She is a natural born cook, and she taught me both how to work in the kitchen and how to eat.  In fact her mantra “variety is the spice of life” is something I hated as a child (mainly when she was making me eat escarole) but now looking forward to saying to my own children.  I remember having friends that wouldn’t eat anything but peanut butter and jelly and chicken nuggets, and as an adult I really appreciate how rarely we ate fast food and the broad range of food she introduced us to. 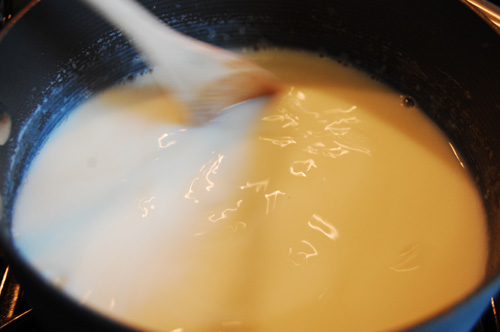 For Mother’s Day, which is coming up on May 10, I am going to share the favorite recipes of all the mothers and grandmothers in my life, beginning today with my mother, Cathy.  Although my mother was raised cooking primarily Italian, she now lives in North Carolina and cooks a broad range of foods, everything from bacon wraps to lemon pistachio cake.  She’s also recently started a small catering company on the side, Top Nosh Catering, which is slowly but surely building a reputation around the Triangle. 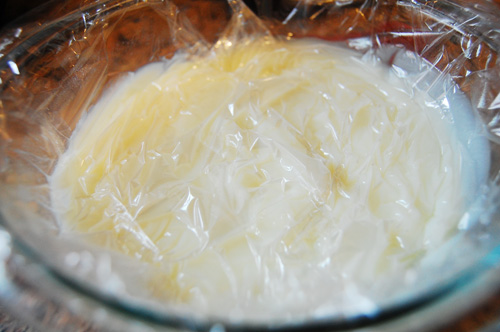 These cream puffs, or as my mother calls them, “dream puffs” are her great Aunt Jessie’s recipe.  And they really are dreamy.   The first real memory I have of cream puffs are from a family reunion at my Aunt Paula’s house in Sea Girt, New Jersey.  I’m not sure who made them or brought them, I just remember eating them.  So many of them.  They are the perfect combination of flavors and textures.  They are crunchy and smooth and sweet and like little morsels of heaven in each bite. 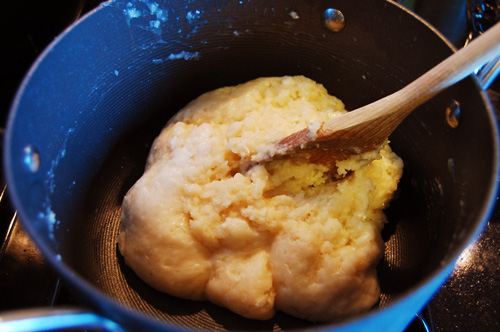 The recipe is adaptable so that you can make these chocolate or vanilla.  I like both, but I have to admit the appeal of chocolate is hard to resist.  Another variation option is to fill them with vanilla pudding and then drizzle melted chocolate on the top.  Whatever you do, serve these within a few hours of making them, as the pudding can make the rest of the cream puff soggy.  And that’s not the desired effect.  My mother also thinks it’s very important that I tell you that if you wanted to, you could use the puff with savory ingredients, like tuna salad. 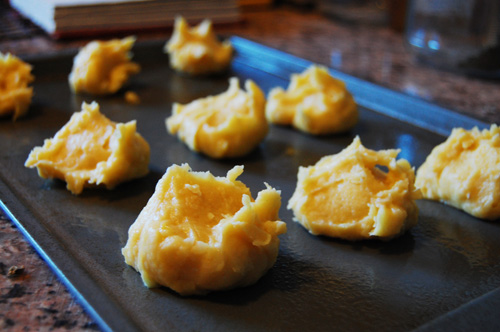 Scald 2 1/2 cups of milk.  Mix cornstarch, sugar, and salt.  Add that to the scalded milk, as well as the remaining milk.  Over low heat, cook until thick.  If your pudding isn’t thickening, try adding more cornstarch, 1/2 tsp at a time.  Once thick, cook an additional five minutes.  Allow to cool slightly and stir in the vanilla extract and butter.  Pour into a medium size bowl, and place plastic wrap directly on the top of the pudding.  This will prevent it from getting that gross skin as it cools.  Allow to cool completely, which takes at least a few hours.  It may be easier to make the pudding the night before and make the puffs within a few hours of serving them.

Right before you’re ready to stuff the puffs, whip the cream until it can hold soft peaks.  Add in the sugar and vanilla and whip an extra two minutes.  Gently fold the whipped cream into the pudding to create an airy filling.

Bring water to boil in a medium size pot.  Stir in butter, and allow it to melt and return to a boil.  Stir in flour and remove from heat.  Continue to mix until the flour has formed a nice ball, and is separated from the edges.  Allow to cool slightly.

Add in one egg at a time.  After each egg, stir until the egg is completely incorporated and no longer sticking to everything.

Use a spoon to drop onto a greased baking sheet.  Make sure that there is a peak on each one of your batter balls.

As they’re baking, melt chocolate in a double boiler.

Allow to cool for 20 minutes to an hour.  When they’ve cooled, use a serated knife to open them slightly, enough to spoon/pastry bag filling into them.  Fill each puff with 1-2 tbsp pudding/cream.  When they’re filled, drizzle melted chocolate on top, and allow the chocolate to harden. 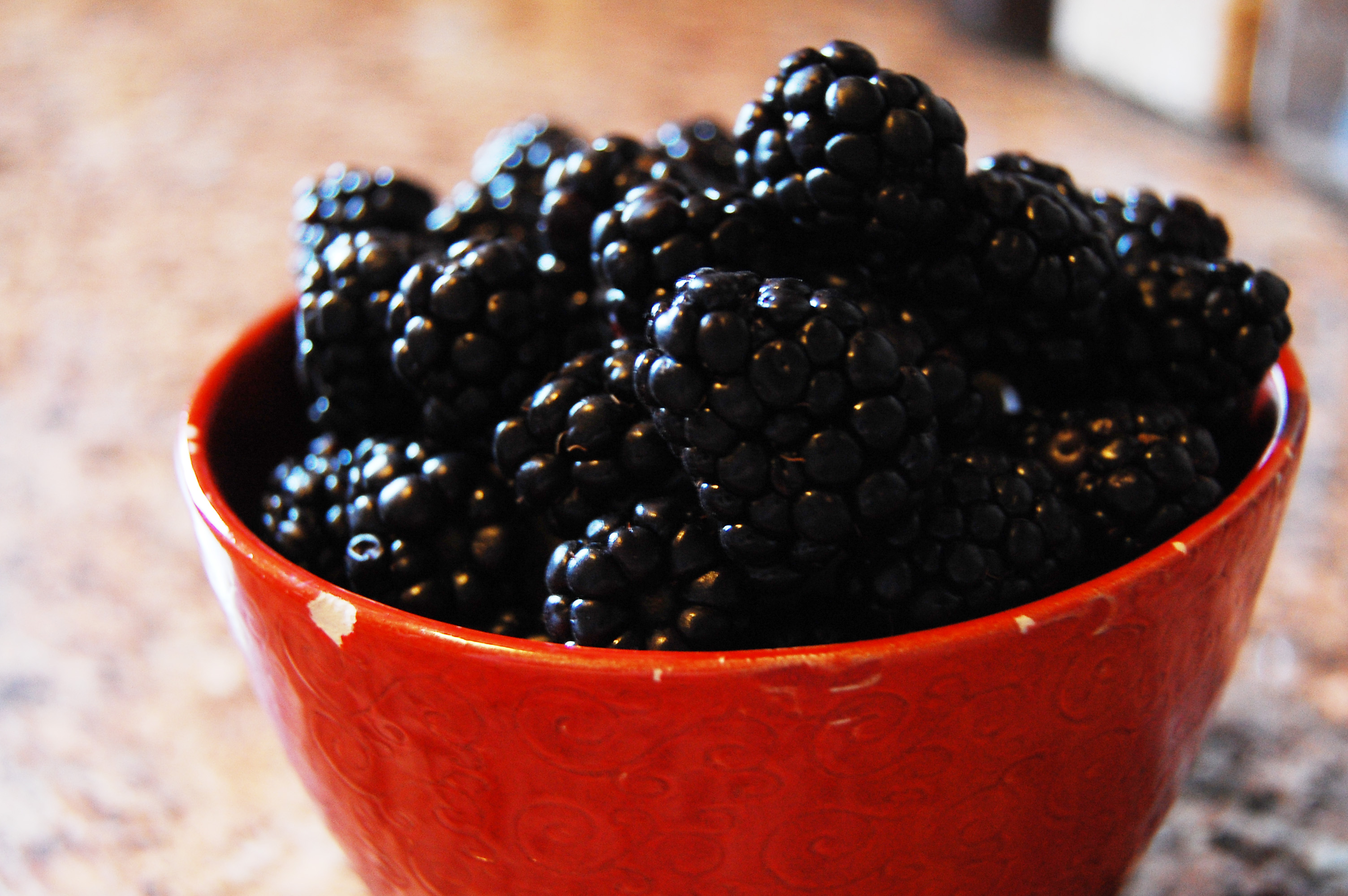 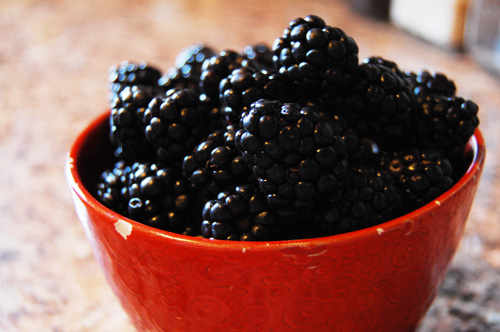 I have talked to Megan Patrylick every day since I was 14.  I’m totally not exaggerating either.  Since we met in 9th grade biology we’ve run in different social circles, gone to different colleges, and ended up on opposite sides of the Southeast.  But seriously, I have talked to her at least pretty much everyday.  And sometimes multiple times a day.  As a result, I’m often influenced by the things she’s doing (though I will never not ever wear leopard print no matter how many matching bra and underwear sets she buys me).  Recently she’s been on a Whole Foods kick (something about their Greek salad), and last week found a chipotle blackberry marinade.  That Megan is marinading at all is a big deal seeing as in high school she broke her microwave by trying to dry her sneaker in it. 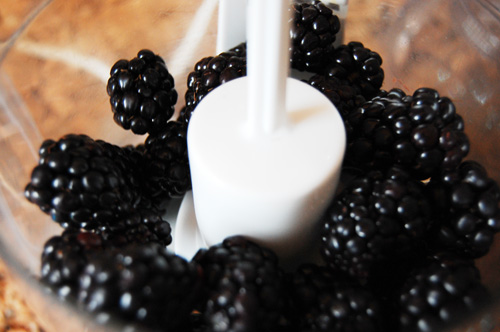 I had been trying to figure out something to do to spice up our chicken and grilled chicken salad nights, and I thought that I would experiment with making my own blackberry chipotle marinade.  And it was SO delicious and SO easy.  My only issue with it was that the seeds from the blackberries made a disconcerting crunch while you were eating the chicken, but that’s really just a tactile issue.  I might press the blackberries through a fine grain strainer next time.  It was also pretty spicy, so I sweetened it with honey.  If you wanted to make it sweeter, you could just leave out the cayenne.  I leave you with one related Megan anecdote.  One time sitting at our dining room table, my brother Reid and I spent the better part of an hour trying to convince Megan that if you crossed the equator, you would not explode.  I have never seen Reid look so incredulous.  And that is why I love Megan and will continue to talk to her everyday. 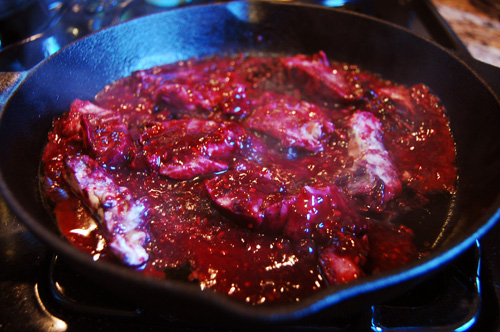 Rinse your blackberries.  Combine everything in a blender.  Use half of the sauce to marinade your meat for at least one hour, and then use the rest as a sauce.  If you want your sauce to be sweeter, add more honey.