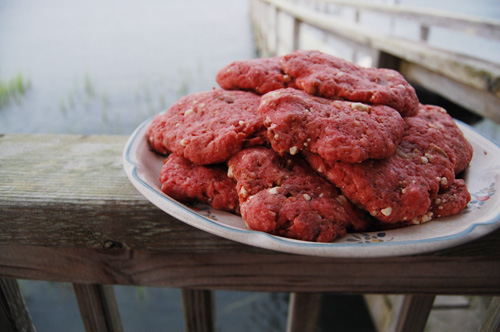 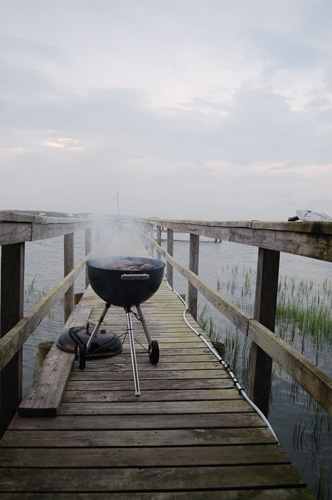 Tonight Dan and I returned from a few day trip to Morehead City, North Carolina.  You may be familiar with Morehead from such post as this, this, this, or this.  It was a great weekend filled with diving, eating, family, and friends.  Also, we saw a giant shark and I got stung by a jellyfish in a reenactment of that scene in The Sphere.  I’m pretty exhausted so instead of giving you the full run down and ending with a comment about how delicious burgers are when you mix in bacon and blue cheese, I’m going to give you a photo montage of the recipe, and some highlights from the trip.  It was fun. 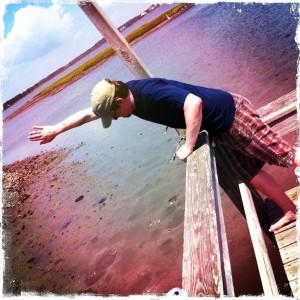 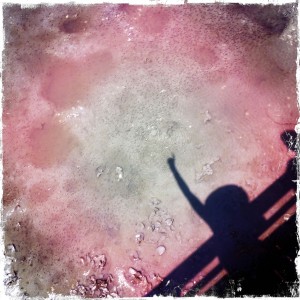 On the first day Dan and I spent a lot of time watching low tide, and then we discovered that we could manipulate the movements of the minnows and the hermit crabs and the real crabs with our shadows.  We were wildly entertained.

Our first day of diving was on a boat called the Indra.  We saw a giant shark, got caught in a bait ball, and made a free ascent, which was not exactly what we were going for.  Still, we had fun.  And then we got pizza. 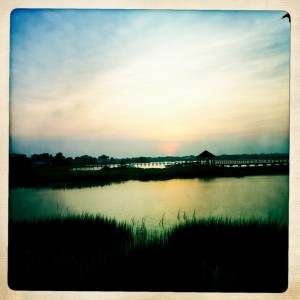 This place is so beautiful, how could you *not* be happy here? 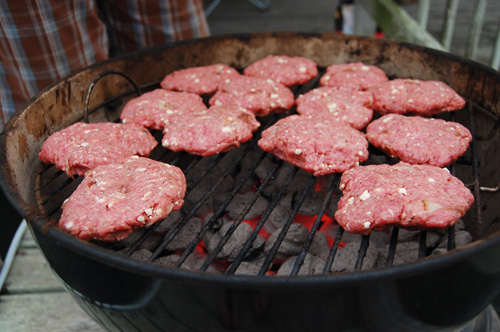 The second day, we went on two dives.  The first was on the Ario, the vessel everyone used to think was the Hutton.  The Hutton is actually what everyone calls the Papoose.  They think.  Did I mention we dive on shipwrecks?  Either way, we saw two more huge sharks (pictured below) that while smaller than the shark we saw on the Indra, were still impressive. 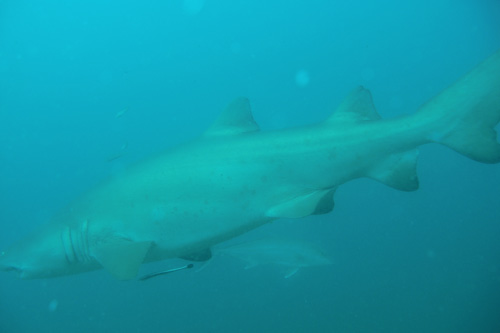 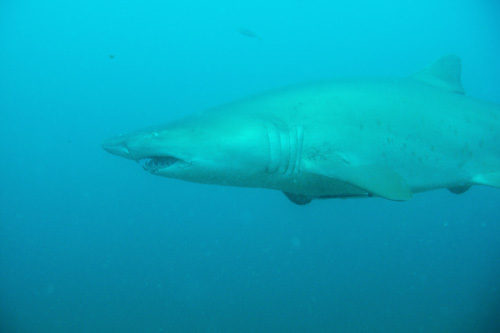 Check out the teeth! 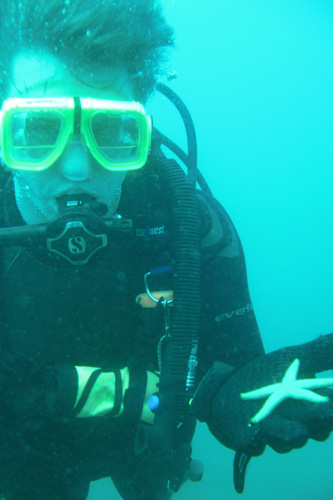 We also saw some starfish, they were wonderful.  And isn’t Dan dreamy?  This was before I got stung by a jellyfish.  That was on our second dive of the day, which was on a tugboat called the Titan.  That was a great dive because the boat is intact and fun to swim through.  Also, there were juvenile sharks on the bow that were kind of hilarious. 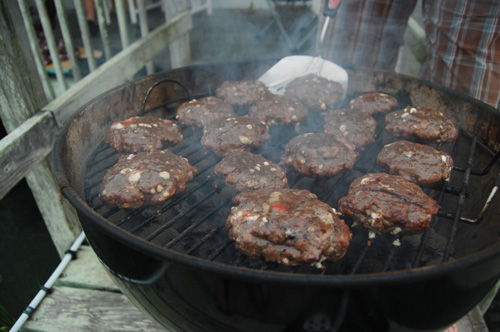 That night we made these burgers, which were delicious, and tried hard not to talk politics.  Later we went to Dairy Queen to get blizzards.  This post is not sponsored by Dairy Queen. 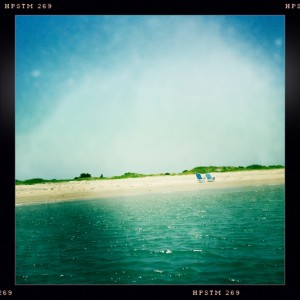 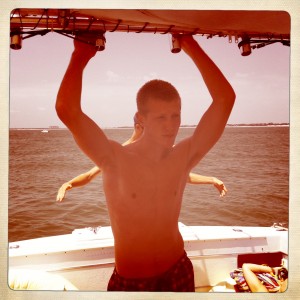 The next day it was super rough so we cancelled the diving portion of the day and instead took a family trip to Shackleford Banks.  There was anchor line volleyball, synchronized swimming, and back flips.  I got sunburnt. 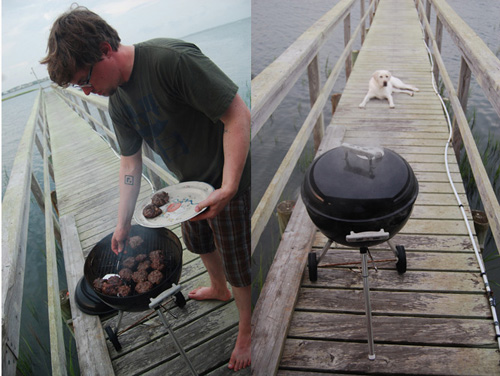 This is what it looks like when a white dog tries to stalk a hamburger.  Unsuccessfully. 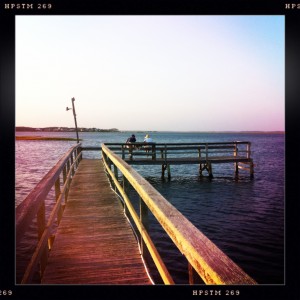 That night we made grouper (recipe to come) and went out for ice cream.  Because it is vacation.  Now we’re home, back to real life (sad), and our very comfortable bed (happy).  Thanks for putting up with this photo montage instead of a real post.  I’m off to catch up on Warehouse 13. 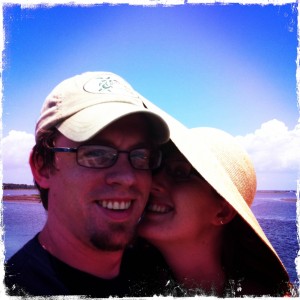 6 slices of bacon (cooked and crumbled)

Mix together hamburger meat, cheese, (cooked and crumbled) bacon, steak sauce, and a sprinkle of salt and pepper in a large bowl.

Heat your grill.  For handfuls of meat into balls, and then use your hands to squish them into patties.  Cook on the grill 5-7 minutes, flip, and cook an additional 5-7. 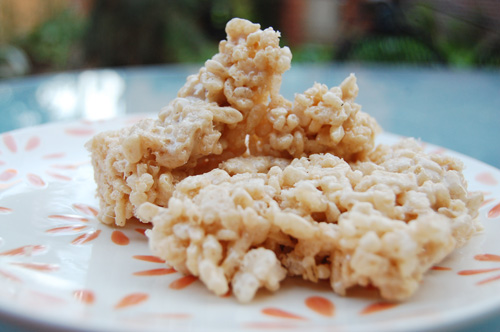 I know that this is the third week in a row that I’ve posted a dessert recipe.  There was ice cream, and then there was pie, and now it’s puffed rice cereal coated in marshmallowy goodness.  This pattern could obviously give someone the idea that all I eat are desserts.  Which is not true.  I just seem to have found myself in a rut.  A delicious rut where I use some combination of fresh or roasted vegetables and either pasta, a tortilla, or a pizza crust and call it dinner.  I don’t think (with the exception of cookout food) that we’ve eaten much lately that hasn’t had one of those bases.  I’m not complaining, it’s been delicious.  I just didn’t want you to think I was holding out on you.  Unless, of course, you’ve never eaten huevos rancheros, in which case go! now! drop everything! 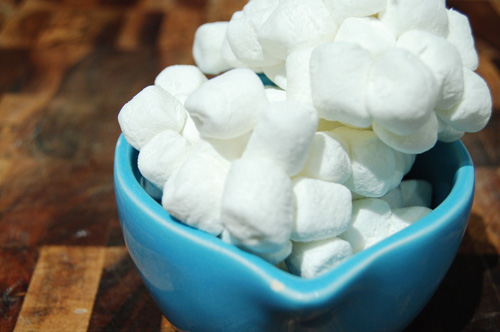 Anyway the point is that while I’ve been cooking a rotation of the same style meals over and over again all summer I have been changing it up with the desserts.  I’ve tried new things and recreated old favorites, I even made white sangria for the first time.  It has been a delicious, albeit hot, summer.  And in following that trend this weekend I made these crispy marshmallow bars for the very first time (presumably, I may have participated in their creation as a child).  I’d been thinking, a lot, about the gooeyness, the crunch factor meeting with the chewy stringy melted marshmallow factor.  So I set out to make them.  And I failed miserably. 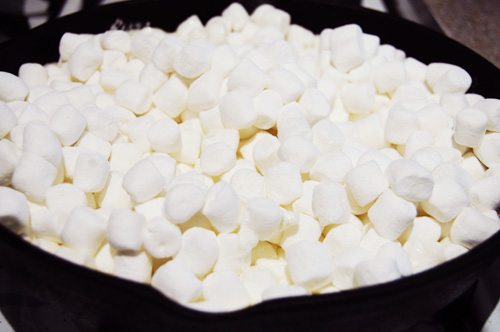 On Saturday night we had friends and family coming over, so I thought this would be the perfect make ahead treat.  And while the bars turned out well, they were more crispy than marshmallow.  So the next day I tried again, and the second batch more than satisfied my craving for stringy marshmallow goodness.  Through more than doubling the amount of marshmallow (silly me in the first place, I know), I got the perfect result.  A touch of cinnamon and nutmeg added a pinch of something more, with the end dessert being better than my childhood memories of this old favorite.  And the perfect end to a dinner of roasted peppers and eggplant over pasta. 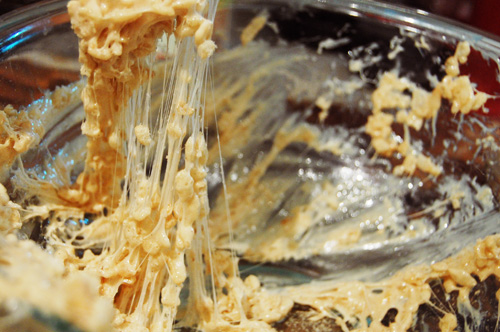 In a large skillet melt butter, sugar, and marshmallows.  Stir frequently until the marshmallows have melted and begun toasting.  Stir in the cinnamon and the cumin.  In a large bowl, combine the marshmallow mixture with the cereal.  Stir so that it is integrated evenly.

Line a medium size baking pan with wax paper.  Scoop the mixture into the pan, pressing it into shape.  Let cool at least 1 hour before serving. 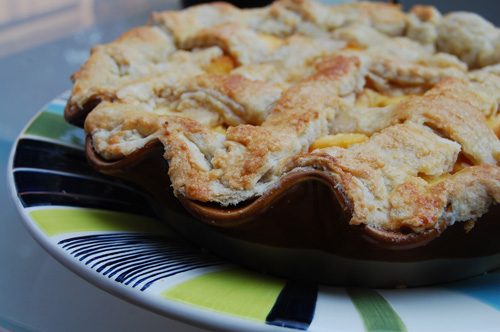 Remember that time, last week, when I was all excited about my birthday?  How we were going to go eat pie! and see magic! and bask in the glow of my 24th year of life? Remember that? Me too.  That was the day before my birthday.  Let me tell you about my actual birthday.  For starters, it was the hottest day in Baltimore for 27 years.  Only TWO DEGREES away from the hottest temperature ever!  Actually, that is the starter, the middle, and the ender.  It was so hot that eating dinner in a restaurant that had it’s ovens on (and questionable ac) was painful.  And the bar? The magic bar where they do MAGIC?  Closed.  Because it was so hot that the city was losing power.  The end result was us showering and laying very still next to our ac window unit.  And Dan feeling awful that his (amazing) plans got blown by an insane heat wave (one that, if put into the context of Baltimore’s record snow storm, makes the global climate crisis seem a little more real. AM I RIGHT DAD?). 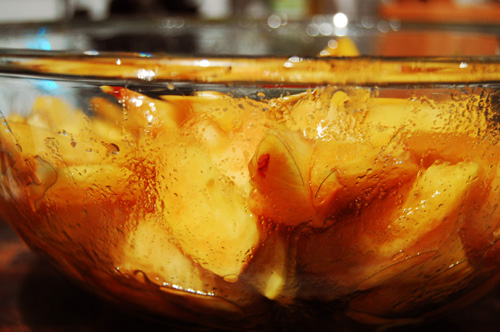 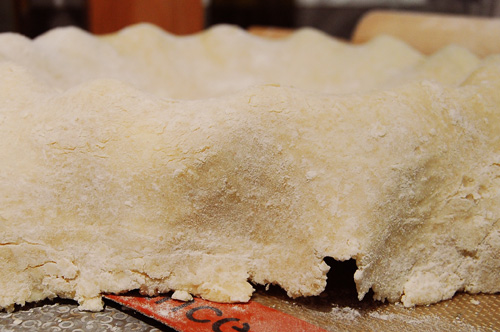 In the context of last week’s extreme heat it seems a little silly (in retrospect) that I turned my oven on.  In my tiny, unairconditioned apartment.  With a kitchen that vents very poorly.  And is as far away from the window unit as physically possible.  Okay, so it was crazy to turn on my oven.  But, BUT, it was so worth it.  Because the end result was pie.  Delicious, peachy, flaky crusted peach pie that made up for the heat, made up for my sweaty birthday, made up for the whole sticky mess.  Behold, the power of pie. 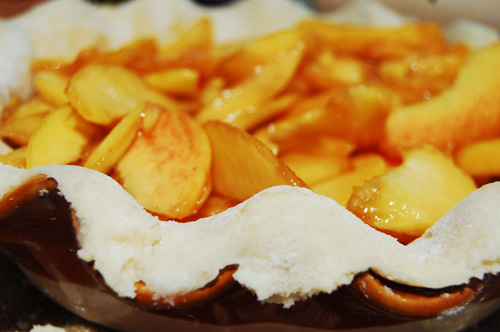 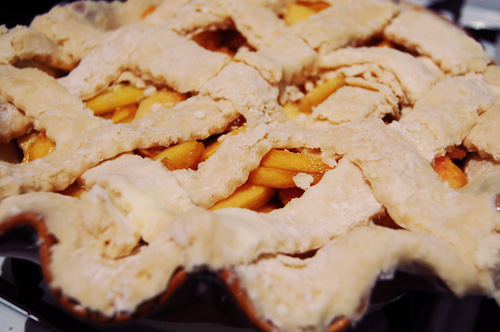 6-8 peaches, a mixture of ripe and unripe

Peel and slice your peaches.  The peaches should be sliced thinly.  Combine in a bowl with brown sugar, lemon juice, flour, and corn starch.  Mix thoroughly.

Heat oven to 375. Roll out your bottom pie dough and place in pan.  Scoop in filling.  Roll your top pie dough out and, using a knife or a pastry knife, cut into strips.  Overlap the strips in a lattice pattern.  Whisk egg, and brush egg over the top of the pie.  Sprinkle with sugar.

Bake for 25-35 minutes or until golden brown.