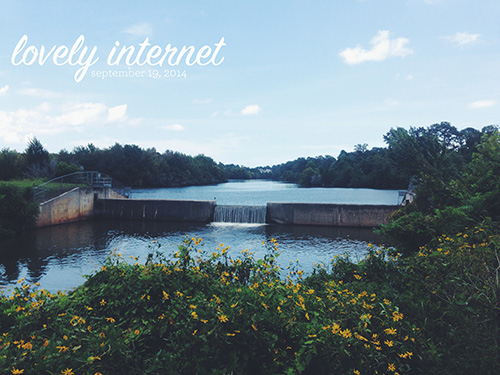 1. My family has always gone to Kings on  70 in Kinston, and the pig in a puppy holds a special place in my heart.

3. This is something beautiful that is happening in our society.

5. Every comment on every food blog. So true sometimes.

7. Ahh, that beer is refreshing! Thank you for throwing it in my face on this warm summer evening.

10. One of the best things about  marathon training is that I feel completely comfortable eating whatever my body tells me to eat because I know that it is craving what it needs. Though this article makes a great point that it’s ridiculous to feel guilty, ever. It’s okay to treat yourself, ladies. 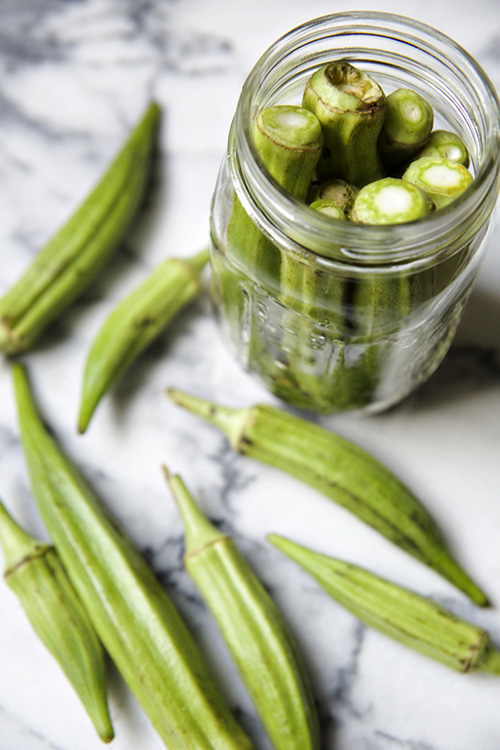 You know those days that just completely kick you in the ass? And then, while you’re down they kick you some more? I have had a few of those days this week. First, a predator dug into what I thought was my secure chicken coop and got my girls. And then it just kept coming, to the point where when the class fish, Car, died I had nothing left to do but laugh. It was overwhelming, how too-damn-much the situation was. 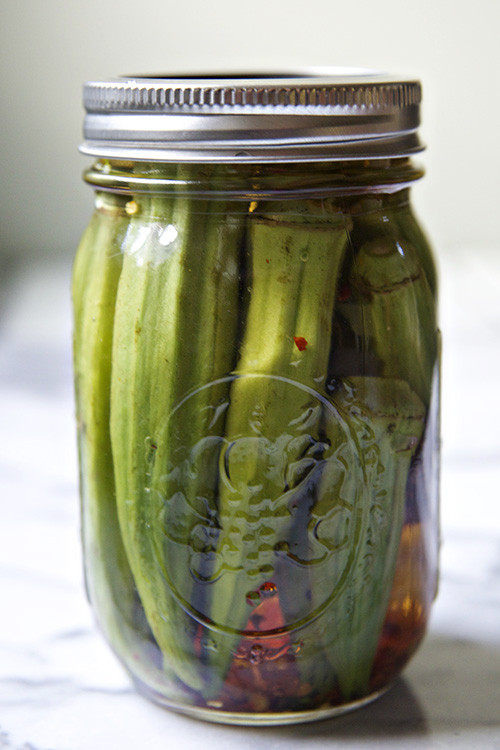 Life can sometimes feel like all you’re doing is treading water in open ocean, just trying to breathe deeply between waves hitting you in the face. I’m great at treading water, though, and when you get on the boat there is always a jar of pickled okra in the cooler. Or at least there should be. 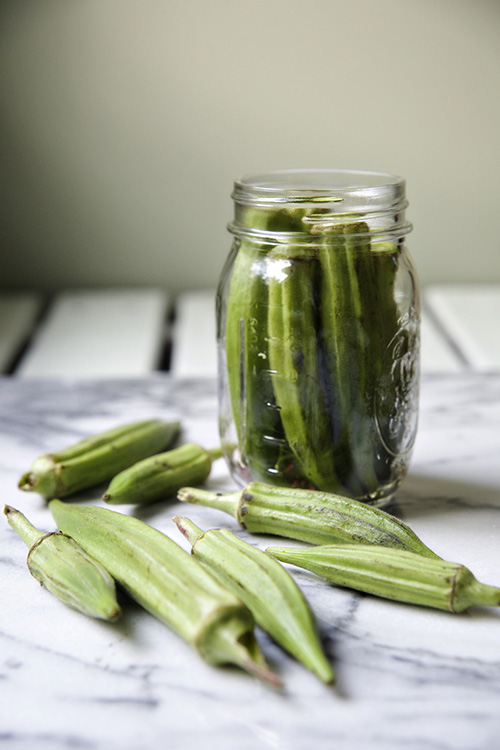 Clean the okra and cut off the stems.  In each sterilized jar, place two cloves of garlic, two slices of jalapeño, a pinch of fresh habanero, 1 tbsp red pepper flakes, 1 tsp mustard seeds, 1 tsp cumin seeds, and as much okra as you can pack in tightly.  Whisk hot sauce into vinegar mixture and ladle into each jar, leaving about 1/4″ headspace.  Wipe the rim down, place a clean lid on each jar, and screw band on tightly.  Process in your large pot (with rack) for 10 minutes.  Remove from water, give the band another squeeze, and allow to sit.  Once the jars have sealed (you’ll know if you can’t pop the lid up and down), set them in a cool, dark place for at least two weeks.  They will stay for up to a year. 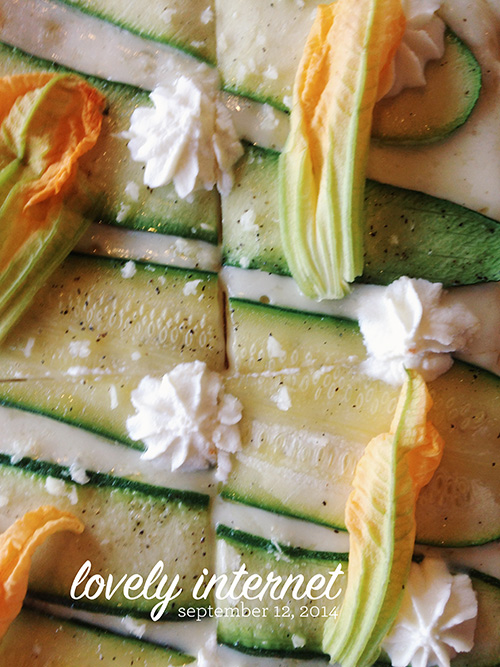 1. I love my front porch. It’s my favorite place to sit, read, take business calls, drink a coffee (or a cocktail), and watch my neighborhood. Long live porch sitting!

2. This past winter I contributed 50 recipes to a DK project- The Meat Cookbook, which came out this month!

3. It takes a lot of bravery to be totally honest like this. The past few years I have often struggled with the balance of blogging and freelance and finding a way to remember the joy when sometimes it feels like you’re just gutting through your to-do list because you have to, not because you want to. It’s a result of blogging weekly for years on end, and I completely respect John and Sherry for putting so eloquently what I have often felt (and know a lot of other fellow bloggers have felt).

4. How fake is food styling?

5. I always knew Italian women had it right.

8. Do you love food festivals?

9 The Evil Reign of the Red Delicious

10. I remember, very clearly, sitting in Señor Moreno’s Spanish class when one of the Beason sisters, Carrie maybe, came to tell us that a plane had flown into the WTC. Later, watching the videos of the second plane over and over again, I remember noticing just how blue the sky was that day.