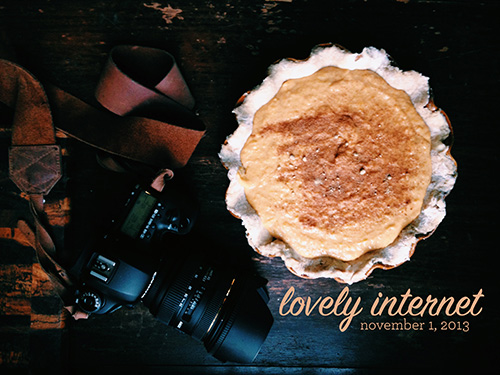 2. An amazing collaboration between mother and daughter.

3. As someone who has been told that I’m getting a little “big for your britches” because I expect to be paid for my work (both teaching, writing, and making photographs- gasp!), this article hit home.

5. This beautiful blog makes me itch to go on a big trip.

6. An interesting look at our princess culture and some real female heroes.

7. An MRI of a banana– amazing and insane and mind blowing.

9. Oil vs Shortening vs Lard

In other news, we’ve been a family of four for nearly three weeks. 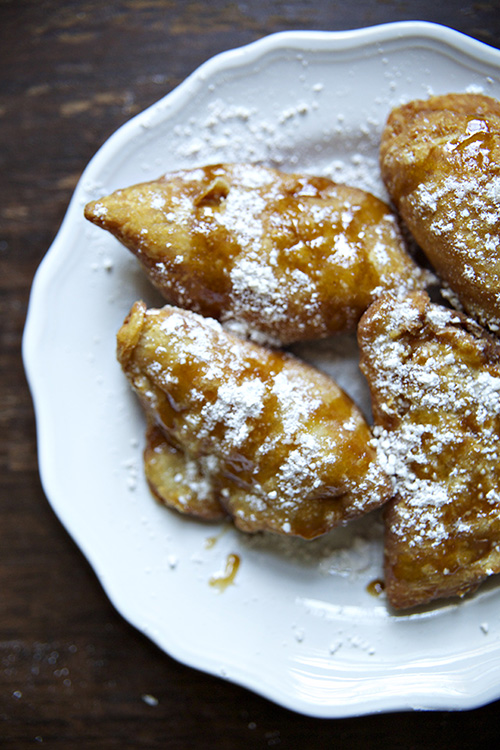 Strictly speaking, these are sweet tango apple hand pies with a buttermilk biscuit dough and a buttermilk caramel sauce. But that’s a heavy title for a little hand pie, isn’t it? 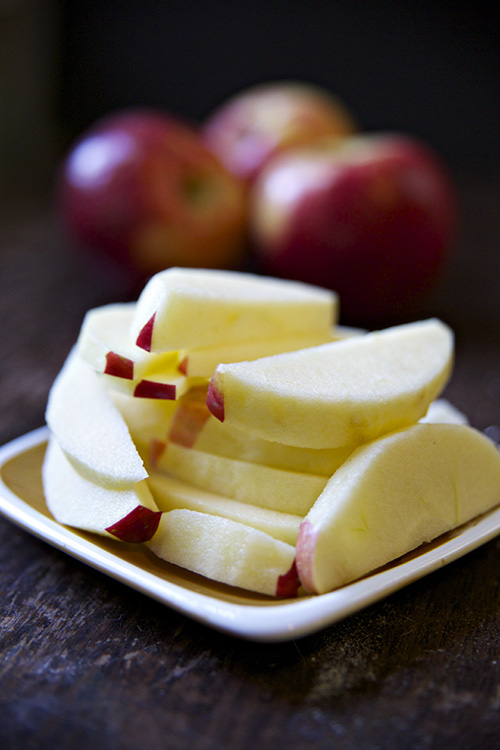 Even down here in the southeastern corner of North Carolina, our markets are flooding with apples. The air is crisp, the world smells of cinnamon, and I’m always wearing socks. Which is generally how I know I’m ready for apple pie. Usually I’m a honeycrisp devotee, occasionally straying as far as the Pink Lady, but never over to the green side or even into the MacIntosh department. I want sweet, a little tart, and very very crunchy when it comes to my apples and since this time of year I subsist on a diet that is 99% apples (I’m a seasonal binge eater- see watermelon, tomatoes, and blueberries) I’m pretty particular about what I pick up. However, like most consumers I’m influenced by a well designed and carefully placed chalkboard, especially one assuring me that the apple I’ve always dreamed of (crisp, tart, sweet, crunchy) was in fact the sweet tango. They were right. I concede, market. 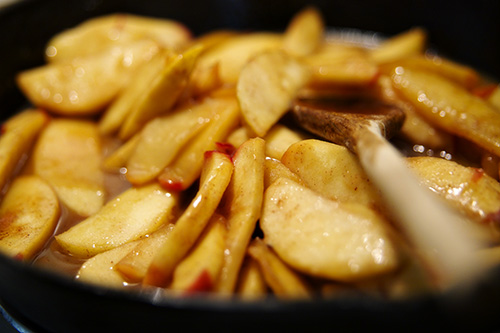 Each morning on Avery Island we woke up to a hot breakfast cooked by chef and food writer Stanley Dry. Among the bacon, eggs, pancakes, fig preserves, and boudain, were hot fresh fried hand pies. Featuring filling from apricot jam to sweet potato purée, these pies were a little slice of heaven and the reason to wake up early and sneak into the kitchen. Stanley shared that his secret was using biscuit dough, so when I started dreaming of apple pie I decided to experiment a little. I wrapped my classic apple pie filling in my buttermilk biscuit dough and topped the whole thing off with powdered sugar and homemade buttermilk caramel. The results were phenomenal. The dough is light and airy with a hint of tang, and the caramel complimented both the biscuit and the filling perfectly. Because the dough had leavening in it they puffed up beautifully, making the experience sort of like a funnel cake married an apple pie. So, heavenly. 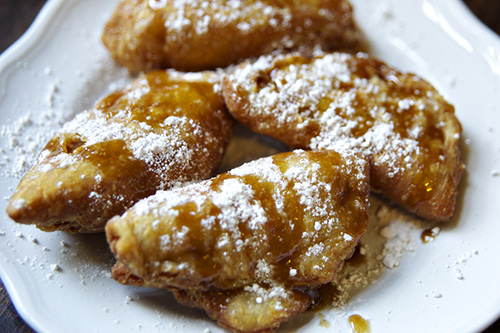 Peel and slice apples. In a skillet combine with spices, sugar, and butter. Simmer for 15-20 minutes.

As filling is simmering sift flour, sugar, salt, and spices for biscuit dough. Cut in shortening and work with your hands until the dough is the texture of cornmeal. Stir in cold buttermilk. Refrigerate until ready to assemble pies.

In a heavy skillet melt sugar over medium heat. Allow the sugar to cook, stirring frequently, for 7-8 minutes or until a rich brown color. Stir in butter. Once butter is fully incorporated remove from heat and add in buttermilk. Stir until mixed completely. Stir in vanilla and salt and allow to cool.

Stir lemon juice and flour into filling. Heat oil for frying. Roll dough out onto a floured surface and cut the dough into 12 pieces. Roll each piece into a small circle and fill with 2-3 apple slices. Wrap the dough around the slices and crimp the edges to seal.

Fry each pie for 2 minutes or until golden brown on each side. Serve hot topped with powdered sugar and a drizzle of caramel sauce. 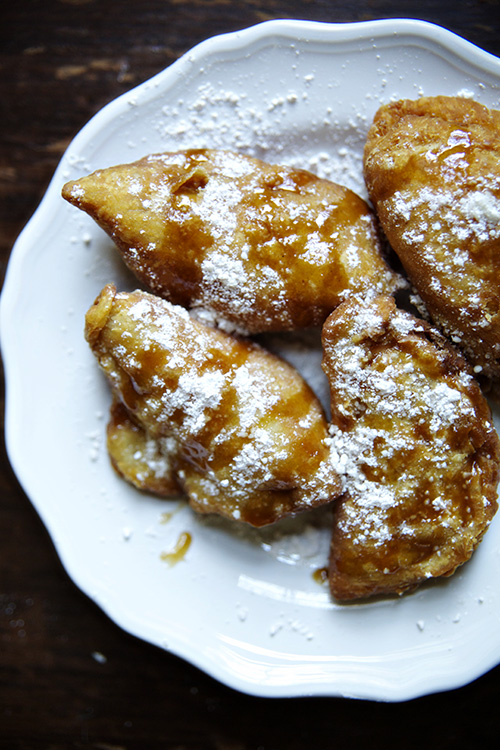 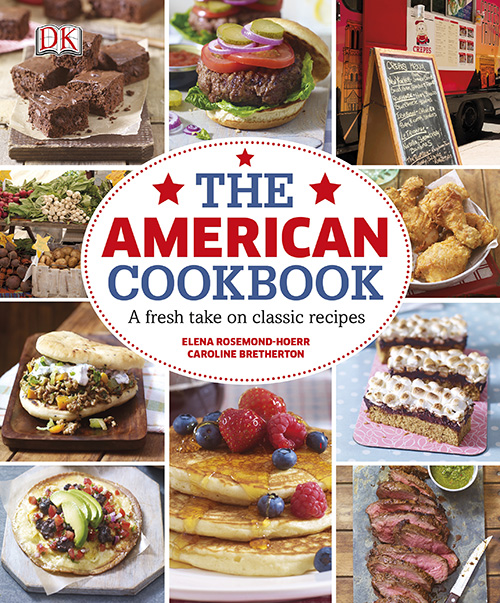 At the end of May I got the strangest email. Reminiscent of the first email I got from Marian at Southern Living, it said something along the lines of “will you take a phone call about a book project.” It was from DK, a UK based publishing company (that is part of Penguin Random House), and I almost didn’t answer it. I get a lot of PR emails and I ignore most of them, but for one reason or the other this one struck a chord. So I set up a call and before I knew it I was agreeing to help with a cookbook project. A cookbook project where at the end of the day my name would be on the cover. And a cookbook project with an incredibly short deadline. 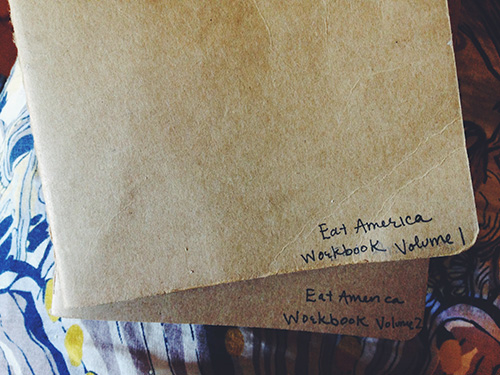 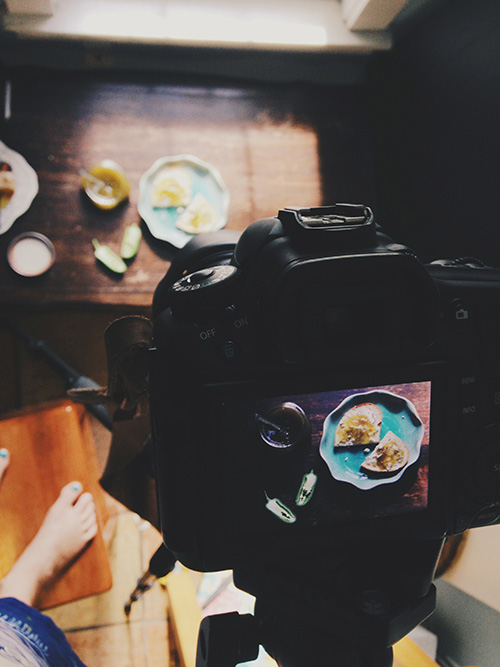 The sequence of events was as such– my co-author, Caroline, who has published many books with DK and is generally amazing, pitched the idea of doing an American cookbook. DK sells to an international audience and as a Brit living in North Carolina (just down the street from my Aunt Lori and Uncle Kevin, actually) the idea of a cookbook full of classic and modern American recipes made sense to Caroline and to the folks at DK. The only hangup was that they wanted an American author to be involved, which put Caroline in a hard place. That’s where I come in. I was asked to come in and co-author the book, to work with Caroline to create a cookbook that was authentic and fun and that explored the regional intricacies of the American food culture. It’s a tall order. 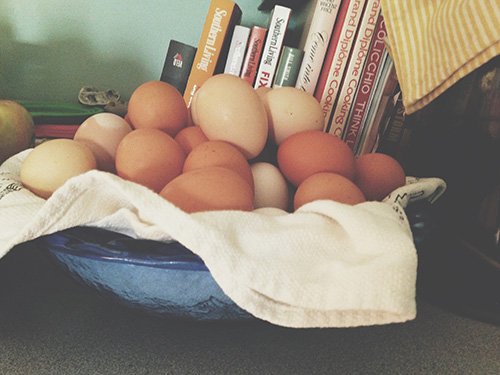 The original timeline that I was given was 90 recipes (the book has 160 total) in 9 weeks. I thought it would be tight, but doable. Later that got condensed to 90 recipes in just over 4 weeks. Which was a little bit insane. I spent most of the summer waking up at the crack of dawn, writing recipes all morning, going to work, writing recipes during downtime at school, coming home, cooking and photographing and writing more recipes. And then responding to comments from Caroline and the publisher and recipe testers. And some nights I stayed up so late that I probably should have pulled an all nighter but I’m a preschool teacher and 4 year olds really loose their appeal when you’re working on no sleep. So I wrote and I cooked and I wrote and I cooked and sometimes I cried (like everytime I was converting recipes into the metric system for the first 30 recipes), but the whole time I was remembering that eventually I would look back and I would only remember how amazing it was. Which is very true and happened the day after I sent in the last recipe. 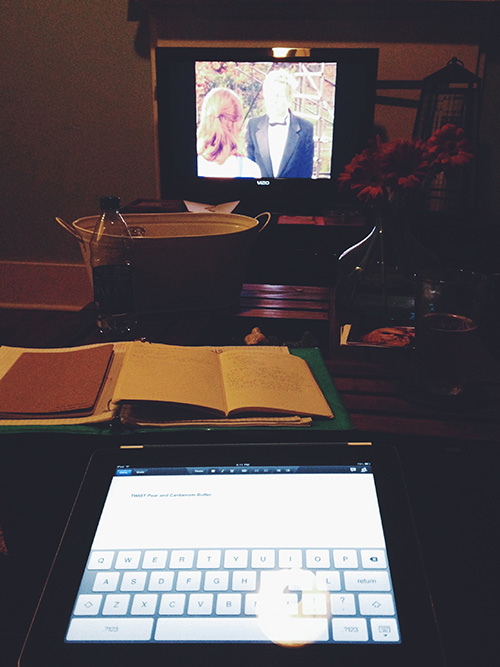 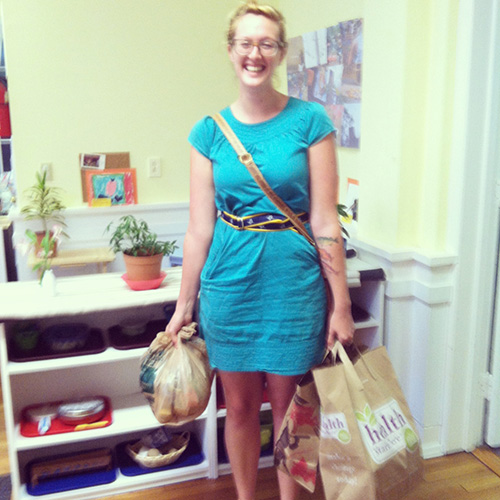 With the timeline being the way it was we had so much more food than we could ever eat. I gave food to friends, I gave food to people who needed it, I threw parties (including a Thanksgiving in June party that was a great success). We ate and cooked and ate and cooked until I was pretty sure I never wanted to eat or cook ever again. Some things were foods I love and make often (like shrimp & grits), but others were foods I’d never even tried before (like cioppino). I made cakes for a solid week straight. I fought tooth and nails to convince the recipe testers that brunswick stew really does need to cook for a few days. It was exhilarating and frustrating and incredible. 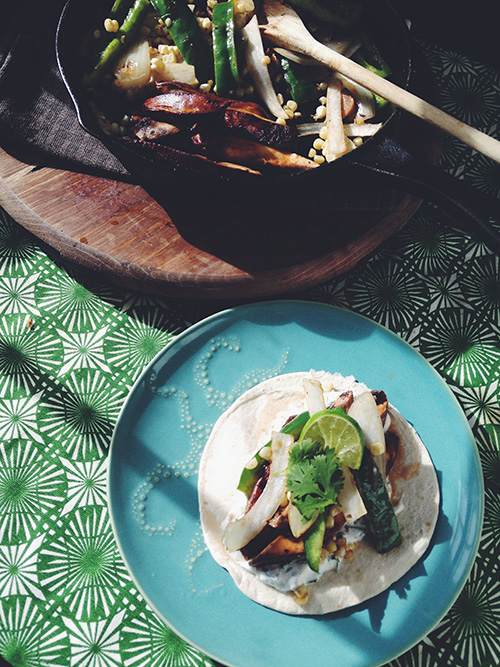 The book is called, as you may have guessed by the title of this post, The American Cookbook. It features about 160 recipes, 30 of which are classic recipes from across the United States. The remaining 130 recipes (approximately) are twists, fun adaptations of old favorites. In addition to the 90 recipes I contributed I took some photos, which are woven in with photos shot in the publisher’s studio. It’s due out on February 17, but it’s available now through pre-order on Amazon. The UK edition (hence all the converting) is also available on Amazon. When it comes out I’ll be throwing B&S into a frenzy of cookbook giveaways, recipe challenges, and recipes from the book, but for now I just wanted to share a peek at what I was working on this summer and what’s in the larder. 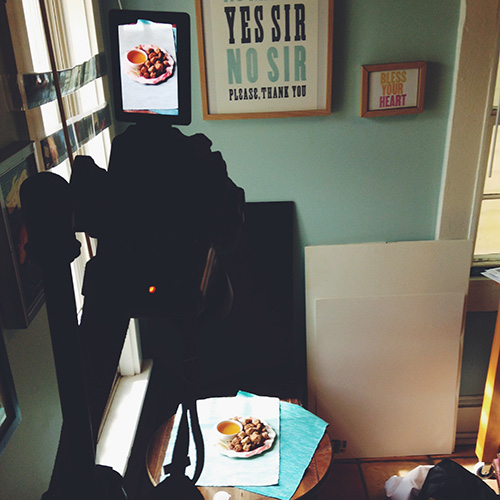